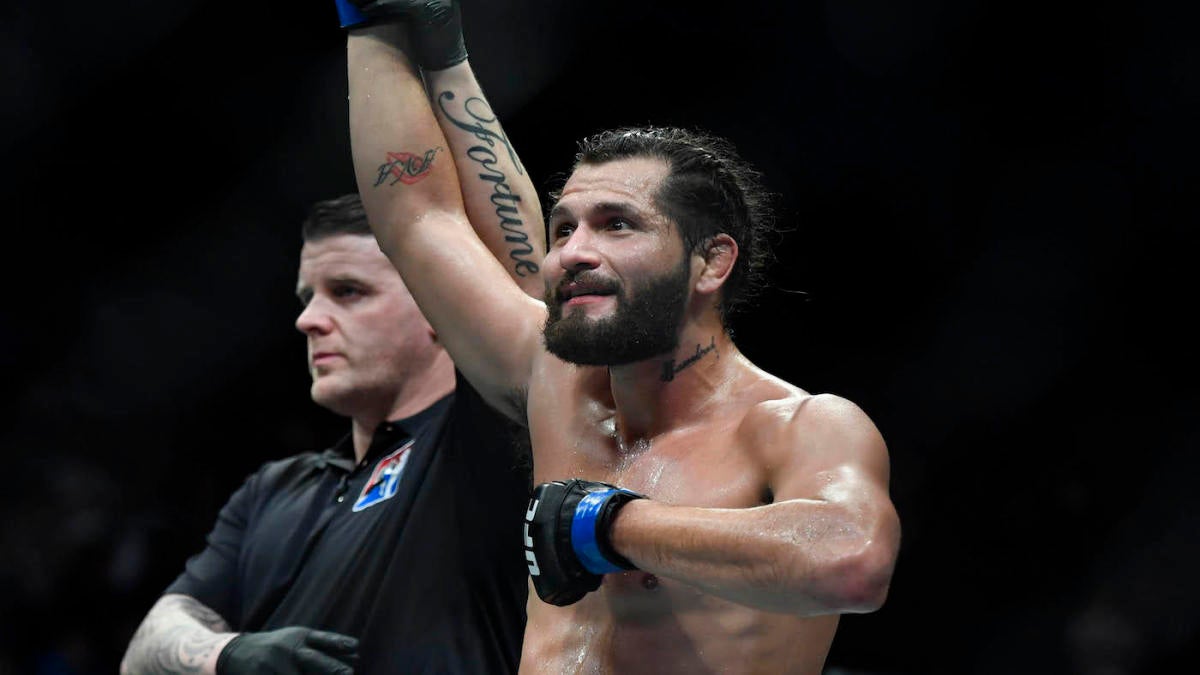 General lack of respect of their opponents is part of the reason why Jorge Masvidal and Nate Diaz find themselves fighting for the title of “baddest man” in the promotion. Ironically, they have immense respect for each other, but that reverence will be put on hold when they battle for the “BMF” title in the UFC 244 main event on Saturday. The 12-bout event from Madison Square Garden in New York City features the main UFC 244 fight card starting at 10 p.m. ET. Diaz and Masvidal both returned this year from extensive time away from the octagon, only to author exciting victories that have their popularity soaring to an all-time high. The UFC decided to capitalize on their cult-hero status by pitting them against each other in what is expected to be an action-packed bout. Masvidal is a -165 favorite (risk $165 to win $100), while Diaz is the underdog at +145 in the latest Masvidal vs. Diaz odds. In the co-main event, Kelvin Gastelum (-210) meets Darren Till (+185) in a light heavyweight bout. Before locking in your UFC 244 picks and predictions, make sure you hear what SportsLine MMA expert Kyle Marley has to say.

Marley won the first-ever “ToutMaster” UFC betting contest sponsored by MMAOddsBreaker and is in contention to win this year’s contest. He also appears regularly on multiple MMA betting and DFS shows. Over the past year, $100 bettors who have followed Marley’s picks are up nearly $19,000.

At UFC 243, Marley predicated that Israel Adesanya (-115) would defeat Robert Whittaker (-105) in their middleweight unification bout even though Vegas viewed the fight as virtually even. He predicted that Adesanya’s range and quickness would be too much for the former champion, and that’s exactly what happened as the top-ranked challenger landed a lightning-quick flurry to score a second-round knockout. Those who have followed Marley consistently are way up.

Now, with UFC 244 fast approaching, Marley has carefully studied every matchup on the card, identified the best value in the UFC odds and released his MMA picks for every single fight. He’s sharing those selections only over at SportsLine.

Marley knows Diaz (20-11) rose to fame following his upset of Conor McGregor in March 2016, but stepped away from the octagon for three years following a close decision loss in the rematch in August of that year. He returned this August with an impressive decision victory over Anthony Pettis that quickly restored his cult-hero status among UFC fans. Afterward, he called out Masvidal, who has long had a loyal following among hardcore fans but only recently achieved widespread popularity.

Masvidal (34-11) was long considered an exciting and durable fighter, but also something of a journeyman who was on the short end of several close decision losses. He took more than 15 months off before returning in March with a stunning knockout of former title challenger Till. Masvidal built on that win and saw his newfound fame explode when he knocked out the trash-talking Ben Askren with a flying knee five seconds into their anticipated July bout.

We’ll reveal one of Marley’s UFC 244 predictions here: He is backing Jairzinho Rozenstruik (-145) against Andrei Arlovski (+125) in a heavyweight bout on the preliminary UFC 244 card. Rozenstruik (8-0) has won his first two UFC bouts by knockout and stopped Allen Crowder in June. The veteran Arlovski (28-18) comes in off a decision win against Ben Rothwell in July.

“At this point, Rozenstruik is the better and more dangerous striker. If he can keep this at kickboxing distance, he wins and could even get a stoppage,” Marley told SportsLine. Book Rozenstruik over Arlovski as one of your top UFC New York City picks.

Marley also has strong picks for Masvidal vs. Diaz, Gastelum vs. Till and every other bout on the UFC 244 card. You can see each one only at SportsLine.

Who wins Masvidal vs. Diaz? And how exactly does each fight end? Visit SportsLine now to get detailed picks on every fight at UFC 244, all from the expert who’s up nearly $19,000 on MMA bets in the past year, and find out.