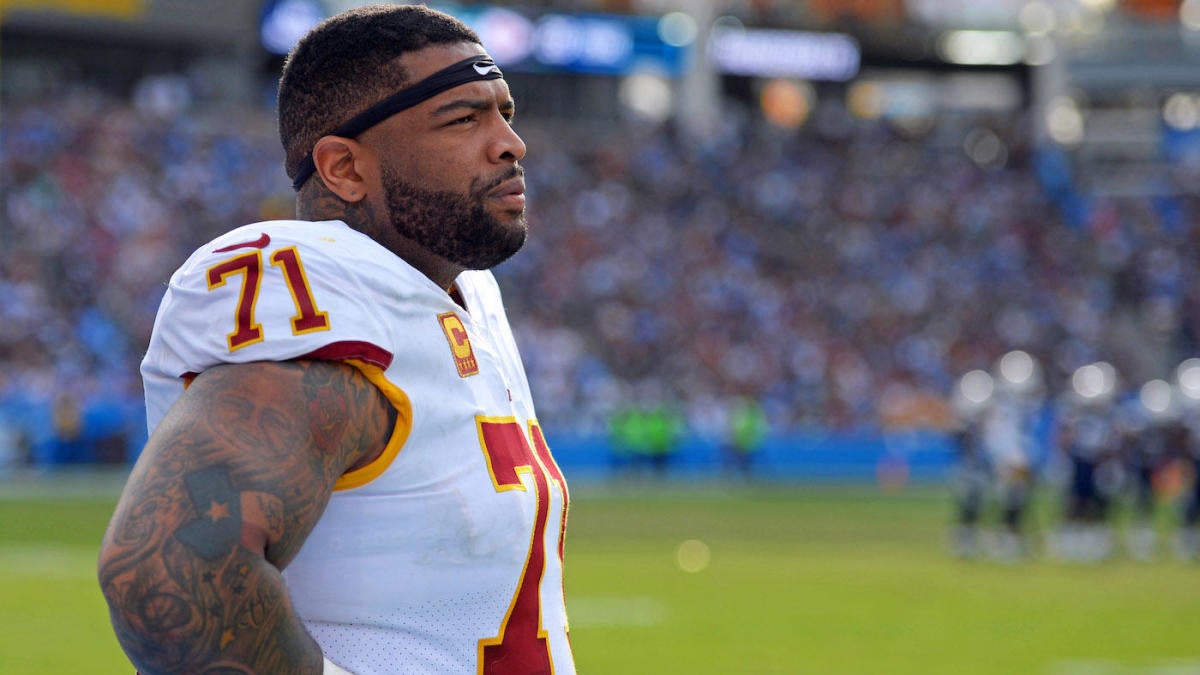 Washington Redskins offensive tackle Trent Williams has been away from the team since the beginning of June due to a holdout. On the day of the NFL Trade Deadline, he reported back to the team, but several issues remained unresolved. CBS Sports NFL Insider Jason La Canfora reported this offseason that Williams told his teammates that he demanded a trade or his release from the team due to their handling of a recent medical situation, and had vowed not to play for them again. On Thursday, Williams spoke with reporters for the first time about why he was away in his own words.

“It was cancer,” said Williams, via Kareem Copeland. “I had cancer, I had a tumor removed from my skull. It got pretty serious for a second. I was told some scary things from the doctor so it was definitely nothing to play with — one of the things that will change your outlook on life.”

Back in April, Ian Rapoport reported that Williams had a growth on his head, and doctors were worried that it was a malignant tumor. The situation at one time “appeared to be very serious,” but the growth was removed without issue and Williams was said to be fine. He clearly was not fine, however.

“I almost lost my life,” Williams said, via Les Carpenter of The Washington Post.

JP Finlay of NBC Sports Washington reports that Williams said the growth popped up roughly six years ago and that the team declared it was minor. It ended up being classified as Dermatofibrosarcoma Protuberans (DFSP). The fact that the Redskins’ medical staff let this situation escalate led to his distrust of the team doctors.

“The lump continued to grow over the years, and it was concerning,” Williams said, via NBC Sports Washington. “But there was no pain involved. “If I’m getting told by various people who I put my career in the hands of telling me that I’m fine, then I’m fine. That’s how I looked at it.”

Earlier this offseason, Williams went to go get what he thought was a cyst removed, but that’s when he discovered how incredibly serious the situation actually was.

“I went to go get the cyst extracted, and when they did it, they found out it wasn’t a cyst,” Williams said. “[They] told me it was DSFP. That’s what the cancer is called. It’s a very rare soft tissue cancer. The diagnosis that they gave me in the beginning, they kind of underestimated it,” Williams said.

Williams also talked about his contract, and how it would be crazy to play without any guaranteed money left on his deal.

“It’s a combination of things,” said Williams when asked why he held out. “What I went through health wise took me away from the game for a minute anyway. That and the contract status was a thing as well, obviously playing with no guaranteed money, I don’t think any premier player would want to do that, especially not in the game we play today.”

Right now, the Redskins are in the process of finding a helmet Williams can wear without any discomfort. When asked point-blank if he would play in Washington again, Williams left it open for interpretation.

“We’ll see how this helmet thing turns out,” said Williams. “But I’m here.”