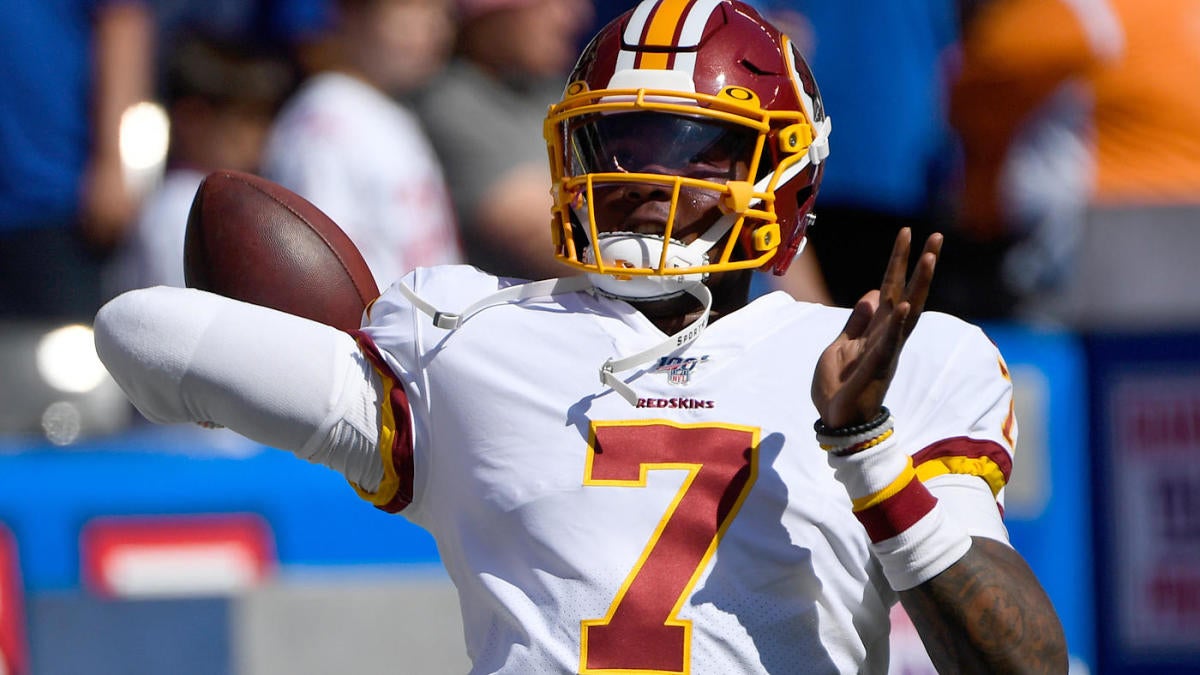 There’s a possibility that the Washington Redskins will start their third different quarterback of the year against the Buffalo Bills on Sunday, as Case Keenum is still in concussion protocol after being injured during last week’s Thursday night game.

Rookie Dwayne Haskins is the second-string quarterback, and he’s the one who replaced Keenum against the Minnesota Vikings last week. It was a big opportunity for the No. 15 overall pick. Coming in to start the second half on the road in a primetime matchup is a moment where legends are born, but it didn’t exactly go that way for Haskins. He completed just 3 of his 5 passing attempts for 33 yards, and also threw an interception.

A bad outing like the one Haskins had can stunt a rookie’s growth in some ways, but the former Ohio State star is already looking forward to his next opportunity to get on the field.

“I get hyped every day I get to put a helmet on,” Haskins said, via the Washington Post. “Even more excited to put a first start on film.”

Haskins has probably grown tired of watching what he has put on film so far. In two games, he has completed 54.5% of his passes for just 140 yards and four interceptions. While the box score sure looks atrocious, there have been both good and bad takeaways from his performances. Interim head coach Bill Callahan understands that it’s a learning process, and he wants fans to be able to grasp that truth as well.

“It’s a growing process with any young quarterback that comes in the league,” said Callahan. “I think that all the quarterbacks that I can recall — I look at Troy Aikman when he was young and what he went through and Peyton (Manning), what he went through when he was a rookie. So those are growing pains and you can’t pinpoint one specific thing. It’s just a whole experience and there’s something new every day that’s going to come up for a rookie quarterback. The game is pretty complex, and we just try to simplify and give him plays that he’s comfortable with.”

There’s no guarantee that Haskins will get the start on Sunday. But with Keenum still sidelined, he’s the one who is taking all first-team reps in practice, and preparing like he’s the leader of this team.