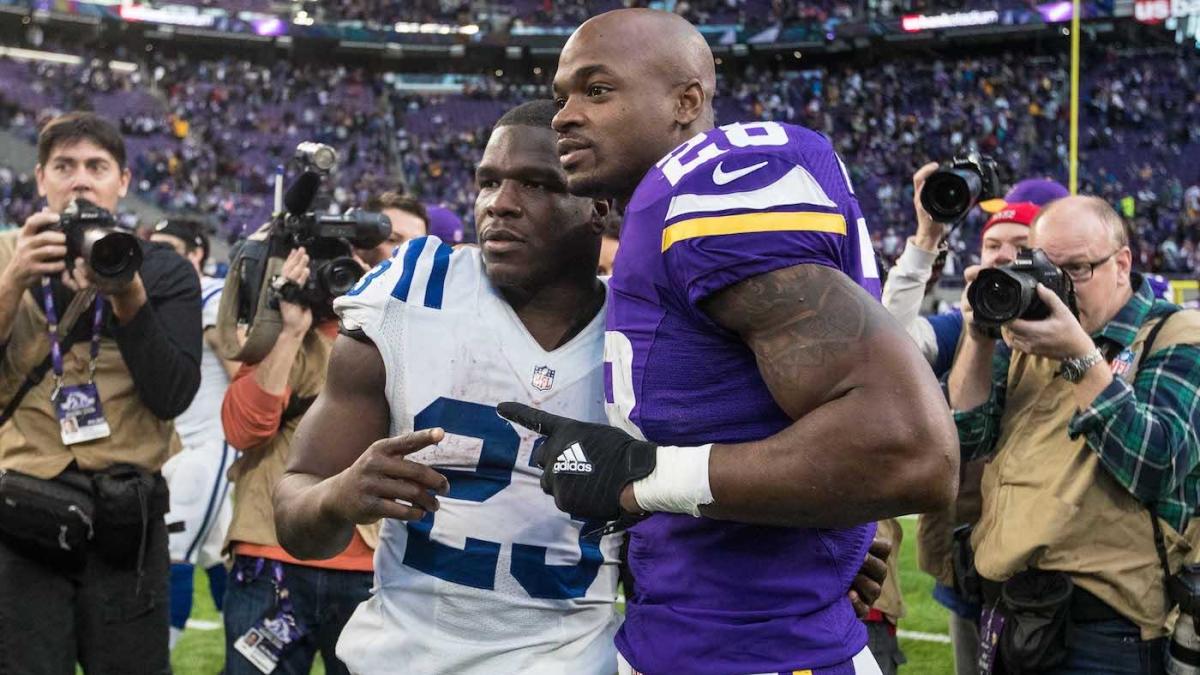 Two of the best running backs in NFL history face off against each other in Week 9, when the Washington Redskins travel to Buffalo to take on the Bills. Frank Gore and Adrian Peterson may be well into their 30’s, but they haven’t indicated that they are close to retiring.

In seven games this season, Gore has rushed for 422 yards and two touchdowns while averaging 4.4 yards per carry. The 5-2 Bills have been a pleasant surprise for the NFL, and the 36-year-old running back they have in the backfield has been a large contributor to the offensive attack.

While the Redskins have won just one game so far this season, Peterson has been the most consistent player in Washington’s offense. In seven games, he has rushed for 383 yards and a touchdown. While there is no doubt that the Redskins are one of the worst teams in the NFL, Peterson has kept them competitive. He earned a contract extension from Washington this offseason when he recorded 1,042 yards and seven touchdowns in 2018 — his first 1,000-yard season since 2015. Even after taking 14 carries for 76 yards in a tough game against the Minnesota Vikings last week, the 34-year-old Peterson told reporters right after the game that he feels like he can go a few more years.

Peterson hopes that he can keep up this level of production when he’s reaches Gore’s age in a couple of years, which is why he considers him “a motivation.”

“For me growing up, he was someone that . . . runs the ball really well, [he’s] strong, aggressive,” Peterson said, via the Redskins’ official website. “Even now, I enjoy watching him and seeing that he’s being successful. It’s always a motivation to know I have another comrade two years older than me that’s still getting it done.”

Gore is currently the NFL’s fourth leading rusher all-time with 15,170 yards, and Peterson is two spots back in sixth with 13,701 yards. Buffalo can be extremely cold in November, which is why we should expect to see a lot of Peterson and Gore this Sunday.

“Two future Hall of Famers, no doubt,” Redskins interim head coach Bill Callahan said on Wednesday. “[I have] a lot of respect for Frank Gore and what he has done and accomplished throughout his career. I feel great about [Peterson] meeting that challenge. There’s going to be a game within a game, let’s face it. Those are two prideful, professional athletes that want to do really well and I know they’ve got a lot of respect for one another.”

“It’s really special to be around these types of guys, for the fans to see two great backs in a game like this, on a cold weather day, going up north. It’ll be interesting, it’ll be a lot of fun.”