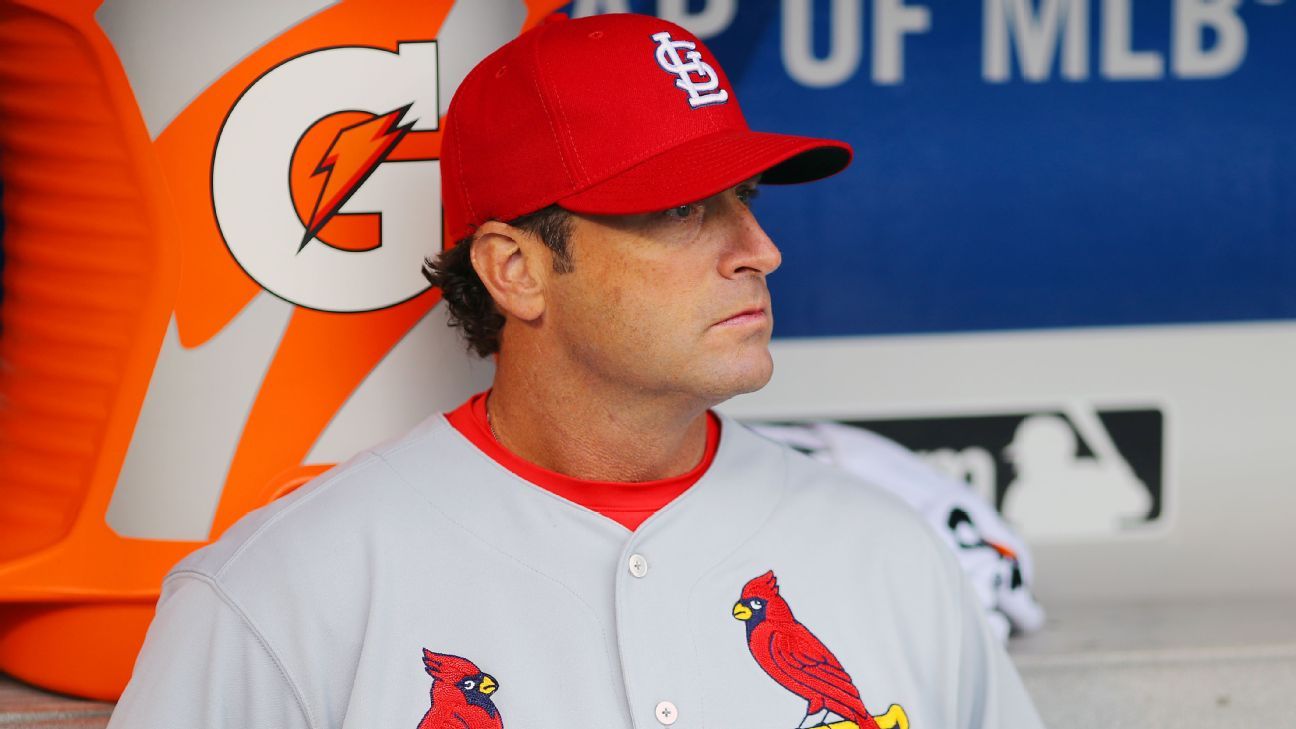 KANSAS CITY, Mo. — The Kansas City Royals hired Mike Matheny on Thursday, bringing in a manager who took the cross-state Cardinals to the World Series six years ago before a three-season swoon cost him his job.

The 49-year-old Matheny went 591-474 with the Cardinals from 2012 to 2018 and was the first manager to reach the postseason his first four seasons. The Cardinals reached the World Series in 2013, losing to the Boston Red Sox, but Matheny was fired in July 2018 as the team was headed toward a third straight season out of the playoffs.

Matheny was hired in November by the Royals as a special adviser for player development and was in prime position to succeed Royals manager Ned Yost, who announced his retirement last month.

“Our entire organization is delighted to announce and celebrate the hiring of Mike Matheny,” said Dayton Moore, the Royals’ general manager. “Every department has had the pleasure to work and interact with him this past season. Through this interaction, it became very clear to our leadership team that Mike is the obvious person to lead our baseball team.”

We have named Mike Matheny the 17th manager in franchise history. #AlwaysRoyal pic.twitter.com/vAmBUz3B1a

The Royals are coming off another 100-loss season and in the midst of a massive rebuilding effort after their back-to-back World Series appearances in 2014 and 2015. They have a wave of young position players and a promising batch of pitching prospects.

Matheny was a Gold Glove-winning catcher, and he succeeded Tony La Russa as Cardinals manager after St. Louis won the 2011 World Series. The Cardinals were 216-201 in his final two-plus campaigns — the Cardinals’ first in-season managerial change since Joe Torre was replaced by Mike Jorgensen in 1995.

The Royals will be his second manager job, and Kansas City will be counting on his experience in the postseason — he managed 43 postseason games in St. Louis — as well as his ability to develop all the young talent on the roster. The Royals hope to have star catcher Salvador Perez back from Tommy John surgery, while shortstop Adalberto Mondesi has a shoulder injury that’s expected to keep him out until Opening Day.

The Royals won their 2015 championship using speed and defense, but outfielder Jorge Soler this past season set a club record with 48 home runs while third baseman Hunter Dozier added 26 in a breakthrough season that saw him hit .279. Whit Merrifield had another 200-plus-hit season at second base, Cheslor Cuthbert and Ryan O’Hearn got valuable experience at first and Bubba Starling flashed some solid defense in center field after making his major league debut.

Kansas City will likely need to focus on its arms: In the bullpen, only closer Ian Kennedy was reliable last season, and beyond Brad Keller and Jakob Junis, the rotation is fairly open.