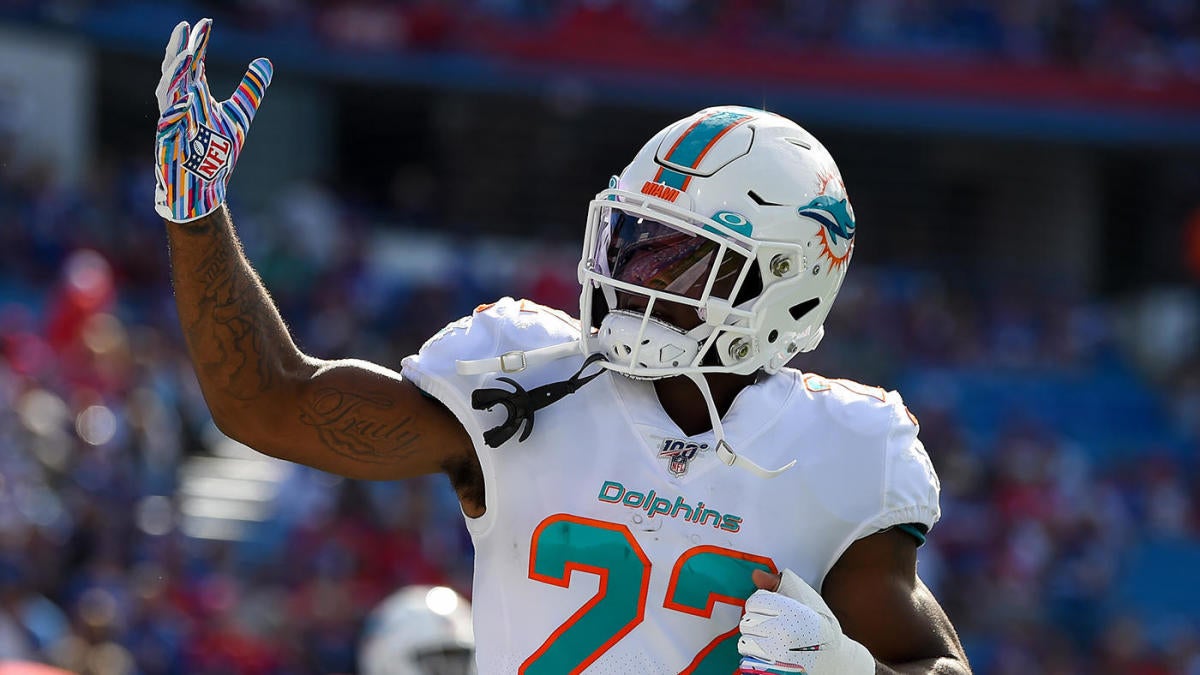 The closest the Miami Dolphins have come to victory this season was back in Week 6, when they fell 17-16 to the previously winless Washington Redskins in a game that was dubbed “The Toilet Bowl.” Three weeks later, the Dolphins will host the 1-6 New York Jets in a game that could be titled “Toilet Bowl II.”

The Jets, despite being outscored 59-15 in their last two games, are three-point favorites to defeat the Dolphins, who enjoyed a 14-0 lead in Pittsburgh before allowing 27 unanswered points to the Steelers on Monday night. Miami, one of two remaining winless teams (the 0-8 Cincinnati Bengals are on a bye this weekend), still has the inside track on the No. 1 overall pick in this year’s draft, a pick they could spend on Alabama quarterback Tua Tagovailoa.

New York, who reportedly considered trading away safety Jamal Adams and Le’Veon Bell before Tuesday’s deadline, are also in contention to get the No. 1 overall pick, a pick they could use on Ohio State pass rusher Chase Young. Young, who will likely be the first defensive player selected in this year’s draft, already has 13.5 sacks for the undefeated Buckeyes, including four sacks in last Saturday’s win over Wisconsin.

Here’s three other Week 9 games that will likely help determine the No. 1 pick in next year’s draft.

The 1-7 Redskins are a 9.5-point underdog to the Bills, who are off to a surprising 5-2 start to the season. While Washington has a slew of positions to address, CBS Sports NFL Draft analyst Ryan Wilson has the Redskins taking Oklahoma receiver CeeDee Lamb in the first round in his most recent Mock Draft. Washington’s leading receiver this season is 2019 third -ound pick Terry McLaurin, who is in the running to win this year’s Offensive Rookie of the Year award. Lamb, a 6-foot-2, 191-pound receiver, has caught 36 passes for 816 yards and five touchdowns this season.

The Buccaneers, 2-5 through seven games, could possibly get a top-five pick if their season comes off the rails during the second half. Tampa Bay is a six-point underdog this weekend at Seattle, who is off to a 6-2 start. CBS NFL Draft analyst Chris Trapasso, in his most recent Mock Draft, has the Buccaneers taking Oregon quarterback Justin Herbert. The 6-foot-6, 237-pound Herbert has completed 68.3 percent of his passes with 21 TDs and just one interception this season. Jameis Winston, the Buccaneers’ current starting quarterback, has thrown seven interceptions in his last two games after throwing five picks in Tampa Bay’s first five games.

Georgia offensive lineman Andrew Thomas is another viable option for the Buccaneers if they decide to stick with Winston for another season. Thomas would help a Tampa Bay offensive line that is on pace to allow over 60 quarterback sacks this season.

While the Broncos being in contention to land a top-five pick in the draft is not a surprise, it’s surprising to see the Browns — 2-5 through seven games — also in the conversation to land a high pick in the draft. Cleveland, despite their three-game losing streak, are 3.5-point favorites to beat the Broncos, who will not have Joe Flacco (neck) under center for Sunday’s game.

While South Carolina defensive tackle Javon Kinlaw would make sense for the Broncos in the first round, it seems inevitable that Denver will try to land a quarterback with their first pick. The Broncos will have to compete with Miami and Cincinnati — who officially ended the Andy Dalton era earlier this week — and possibly Tampa Bay to land one of the top quarterbacks in the draft.

Along with Tagovailoa and Herbert, LSU’s Joe Burrow, who has completed nearly 79 percent of his passes with 30 TDs and four picks, could be an option for Denver if they are able to secure one of the top picks in the draft.