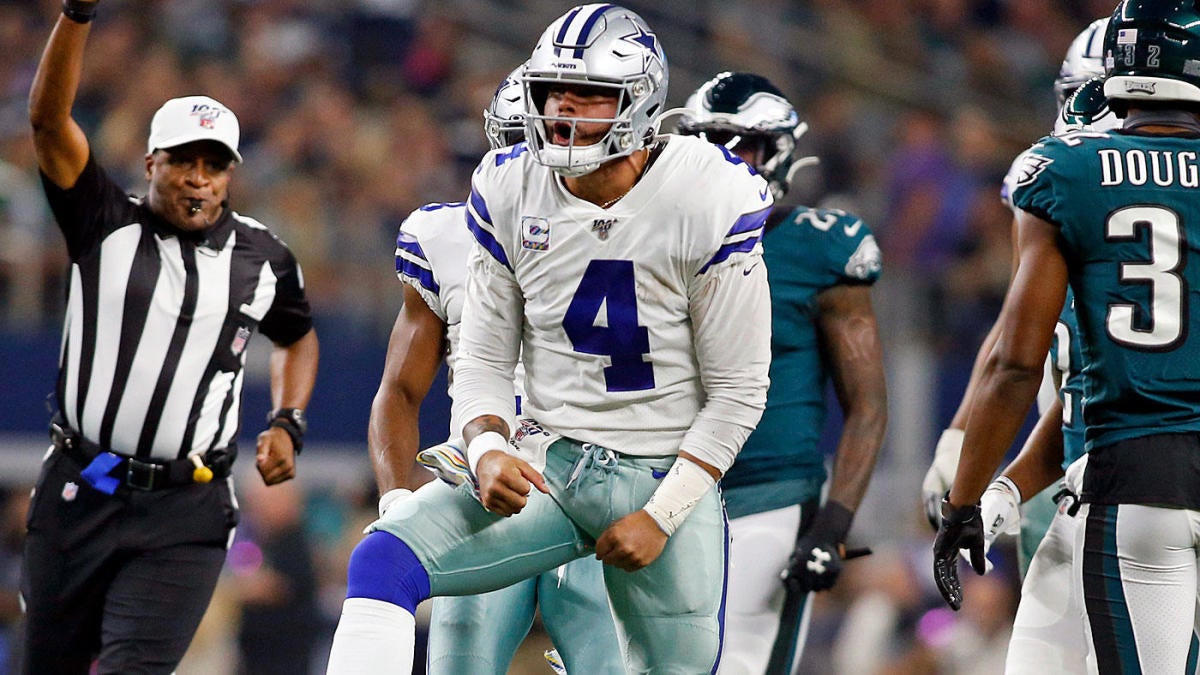 We had just an OK week last week. I went 3-2 on my top five picks, and really was hurt that the Arizona Cardinals couldn’t cover 10.5 points against the New Orleans Saints. I thought Drew Brees wouldn’t be able to come back and immediately be Drew Brees again, but I was wrong. He threw for 373 yards, three touchdowns and one interception against Patrick Peterson and Co.

Just looking at the docket this week, there are several matchups that could go either way — more so than usual. Can the Cleveland Browns get back on track against the Joe Flacco-less Broncos? Will Sam Darnold continue his fall from grace against the worst team in the NFL? Let’s dive into my Week 9 picks.

That was a bit of a wake-up call for the Bills last week, wasn’t it? Losing to the Philadelphia Eagles, 31-13, was definitely an eye-opener, especially considering how the Bills pride themselves on their defense. This week they welcome the lowly Redskins, who are just playing for pride at this point. The Redskins have only lost by 10 or more points once since Jay Gruden was fired. They beat the Dolphins, held the San Francisco 49ers to nine points in a monsoon and then lost by 10 to a red-hot Vikings team. The Redskins are fairly competitive while the Bills don’t blow anyone out. They needed a ridiculous Micah Hyde onside-kick touchdown to win by 10 against the Dolphins at home in Week 7. This Bills team may be motivated to prove their worth after a big loss, but it’s not like they have the offensive firepower to drop 30 points — it’s something they have only done once.

So which teams should you back in Week 9 of the 2019 NFL season? And which Super Bowl contender goes down hard? Visit SportsLine now to see who wins and covers every single NFL game this week, all from the model that has returned almost $7,000 on its top-rated picks.

Darnold has been seeing ghosts for the past few weeks, but Halloween will be yesterday’s news by Sunday. The second-year quarterback has thrown seven interceptions in the last two weeks, but he gets a break against the winless Dolphins. Miami’s secondary is nothing to write home about, and they just lost their top cornerback, Xavien Howard, to injured reserve due to a knee injury. We all know that the Jets are better than they have played over the past couple of weeks, and I think all of the recent drama could light a fire under this team. Robby Anderson was rumored to be on the trade block, the same goes for Le’Veon Bell and now Jamal Adams has issues with the team. Now that they all know they will be in New York for the remainder of the season, they can refocus and try to finish out the season in a strong fashion. Adams in particular probably feels like he needs to show the Jets that they were silly for even picking up the phone when the Dallas Cowboys called, and I bet he ends up dominating down the final stretch. As far as the Dolphins go, they seemed like they were improving every week until the Pittsburgh Steelers came along. While they dominated in the first quarter, the Steelers quickly flipped the script and scored 27 unanswered points to win by 13. The Dolphins looked absolutely atrocious in the second half of that Monday night game and I’m not sure if they can rebound on a short week.

The Steelers are riding high after their comeback win over the Dolphins on “Monday Night Football,” but come on. It was the Dolphins. How in the world did they let Miami go up two scores in the first quarter in primetime as the road team? Don’t forget about that. While Mason Rudolph was able to rebound and turn in a decent performance, he looked rough against a short-handed secondary. I don’t think that the Steelers are a horrible team, but I do think the Colts are the better team. Jacoby Brissett and Co. have now won three straight games, and while they didn’t cover last week against the Denver Broncos, they were still able to come away with a win. Another thing worth noting: Steelers running back James Conner suffered a shoulder injury in garbage time against the Dolphins. Even if he plays on Sunday, he may not be 100%. Conner has been the workhorse for this offense. Without him at his best, the Steelers could be in trouble.

Baker Mayfield has yet to go a single game without throwing an interception and has yet to pass for more than one touchdown in a game. This season has been rough, and he appeared to take out some of his frustration on a reporter on Wednesday. The Broncos have lost two straight, and to make matters worse, Joe Flacco is now sidelined due to injury. That may be considered good news to some Broncos fans, but Brandon Allen has never made an NFL start. He has played in four preseasons, however, and passed for 431 yards and three interceptions in the four exhibition games for the Rams earlier this year. He’s someone I watched a lot of during his time at Arkansas, and he had a pretty impressive senior season in 2015, throwing for 3,440 yards, 30 touchdowns and just eight interceptions. I’m not banking on Allen channeling his inner Kyle Allen in his first career start, but it could happen. I feel much safer taking the Browns to get back into the win column though, and three points isn’t a huge spread.

I’m sure Daniel Jones is going to be a fine NFL quarterback, but he’s not good enough to will this Giants team to the postseason or anything. He passed for 322 yards and four touchdowns last Sunday, but New York still fell to the Detroit Lions, 31-26. Jones has had a bit of a turnover problem, however, and has fumbled five times in just the last two games and lost three of them. On the flip side, the Cowboys rebounded after their embarrassing loss to the Jets with a 37-10 win over the divisional rival Eagles. They have had a bye week to re-evaluate where they are, and I think they could be poised for a huge run. Remember what they did after the bye week last year? Dallas won seven out of its last nine games to claim the NFC East title, and then went on to win a postseason game. This team has a lot of talent on paper, and they’re my pick to repeat as divisional champions.