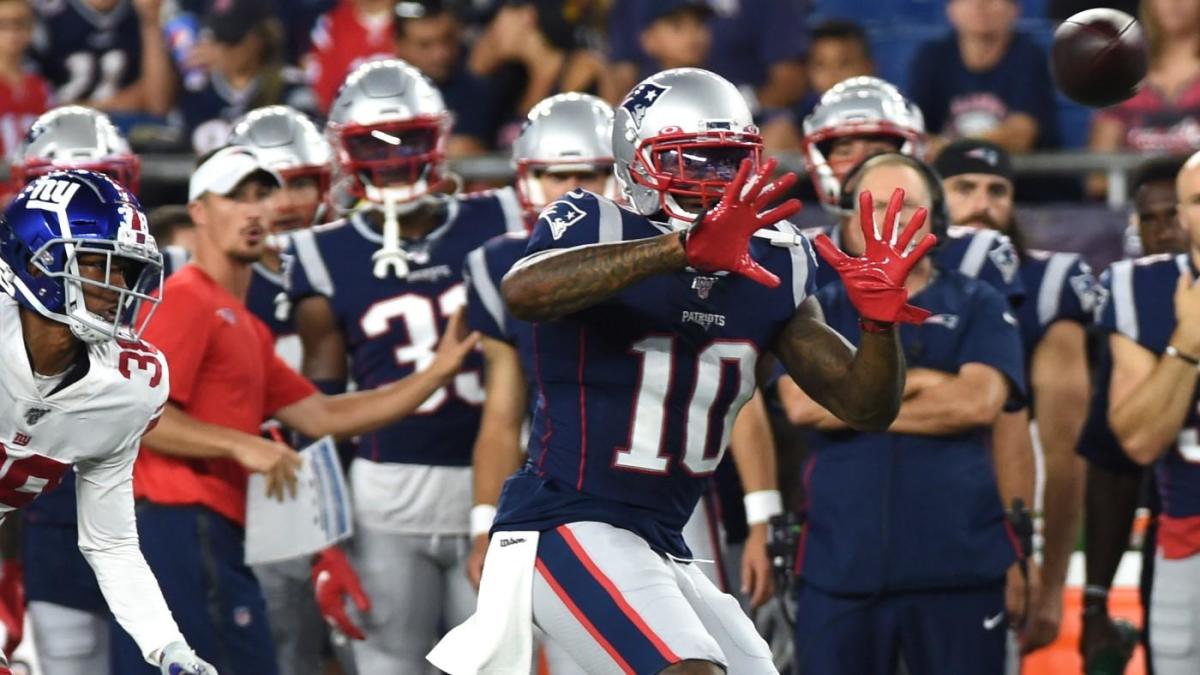 The New England Patriots have reportedly parted ways with Josh Gordon, releasing him from injured reserve and allowing the former Pro Bowl (but troubled) wide receiver to become a free agent. Since the Patriots will release Gordon after the trade deadline, he is subject to waivers and will be a free agent if he goes unclaimed. Gordon is too talented of a player for 31 teams to pass on him, especially since a few teams need help at wide receiver.

There are plenty of teams that would be interested in Gordon’s services, especially since teams will only have to take on the final nine weeks of his deal, which is $1.072 million, per ESPN’s Field Yates. That’s not a steep price for a wide receiver who is second among active NFL players in yards per catch (17.1) and is just 28 years old.

The Super Bowl contenders may not have a shot at Gordon, but these teams certainly would be a strong fit based on where they stand in the waiver over and Gordon’s chances of helping them go to the playoffs.

The Giants have little chance to win the NFC East or make a playoff run with Gordon, so why would they claim him? First off, they would get a future compensatory pick just for having him on the roster this season (assuming he signs elsewhere in free agency). If Gordon chooses not to re-sign, the Giants get that valuable asset in the 2021 NFL Draft.

Now let’s get to the on-field business. Gordon could be a valuable weapon for rookie quarterback Daniel Jones, especially since the Giants are banged up at wide receiver. Sterling Shepard is in concussion protocol, leaving just Golden Tate and rookie Darius Slayton as the only proven pass catches for Jones at the position. Gordon would be the deep threat wide receiver the Giants have been lacking, even though Slayton has held his own with 16.7 yards per catch and three touchdowns. Placing Gordon as a veteran wideout for Jones is beneficial for his development and can open some lanes up for running back Saquon Barkley.

The Bears offense is a hot mess, starting with the struggles of quarterback Mitchell Trubisky. While Trubisky has not played well, Allen Robinson is the only wide receiver on the team that has over 215 yards receiving. No Bears wide receiver has over 13.2 yards per catch, but Gordon has a 17.1 yards per catch average in his career.  Perhaps Trubisky would benefit if he actually had a wide receiver that can stretch the field (and perhaps Matt Nagy would open up the playbook).

The Bears haven’t had over 235 passing yards in a game this season and average 5.4 yards per completion. They have the defense to make the postseason, but the offense just isn’t good enough to compete for a Wild Card spot. Gordon can change that.

The Steelers showed they were all-in by trading a 2020 first-round pick, a 2020 fifth-round pick and a 2021 sixth-round pick for safety Minkah Fitzpatrick earlier in the season, so why not place a waiver claim for Gordon and increase your chances of making the playoffs? Pittsburgh has JuJu Smith-Schuster and rookie Diontae Johnson as the starters, but a vertical threat like Gordon opens up the passing game. Remember how dominant Smith-Schuster was when Antonio Brown lined up on the field with him? The same can be done with Gordon and his ability to stretch the field, opening up the underneath routes for Smith-Schuster to do the most damage.

Quarterback Mason Rudolph has played fairly well in his four starts, but the Steelers have run a conservative offense, averaging 6.4 yards per pass and 5.2 yards per play. Gordon gives the Steelers (two games back in AFC South) a chance to make a run at a playoff berth.

The Raiders may not want to get into another Antonio Brown situation with Gordon, but Gordon knows this is his last chance at the NFL. With the Raiders just 1.5 games out of the AFC West lead, Gordon could be the wide receiver that helps them get over the top. Oakland doesn’t have much help at the wide receiver position outside of Tyrell Williams, who has caught a touchdown in all five games he’s played. Imagine putting Gordon on the opposite side of a deep ball receiver that is already averaging 15.4 yards per catch?

Oakland can keep Hunter Renfrow in the slot and have the middle of the field open for tight end Darren Waller. Let’s not forget teams won’t stack the box for running back Josh Jacobs. Derek Carr is 10th in the NFL with 7.7 yards per pass attempt, so getting the ball downfield shouldn’t be an issue if Gordon is around.

The Eagles wide receiver woes have been well documented with the absence of DeSean Jackson (who is expected to make his return in Week 9). Nelson Agholor has 11 catches for 93 yards over his last five games while Mack Hollins and second-round pick JJ Arcega-Whiteside have one catch combined. That’s a huge problem for a team that is averaging a paltry 6.5 yards per pass.

Sure Jackson coming back (he is the NFL’s active leader in yards per catch) will help, but why not make the wide receiver unit significantly better with Gordon in the mix? If Jackson does happen to aggravate his abdomen injury, the Eagles will have depth at having a downfield threat in Gordon. Assuming Jackson stays healthy, Gordon becomes a valuable No. 4 wide receiver that can relieve Jeffery, Jackson and Nelson Agholor. Hollins can return to a special teams role.

Being 17th in the waiver order makes it very unlikely the Eagles would get Gordon, but teams could shy away from his off-field issues. A team averaging just 5.3 yards per play and a half-game out of the NFC East race could use Gordon’s services, especially since the Eagles front office has been interested in acquiring him before.