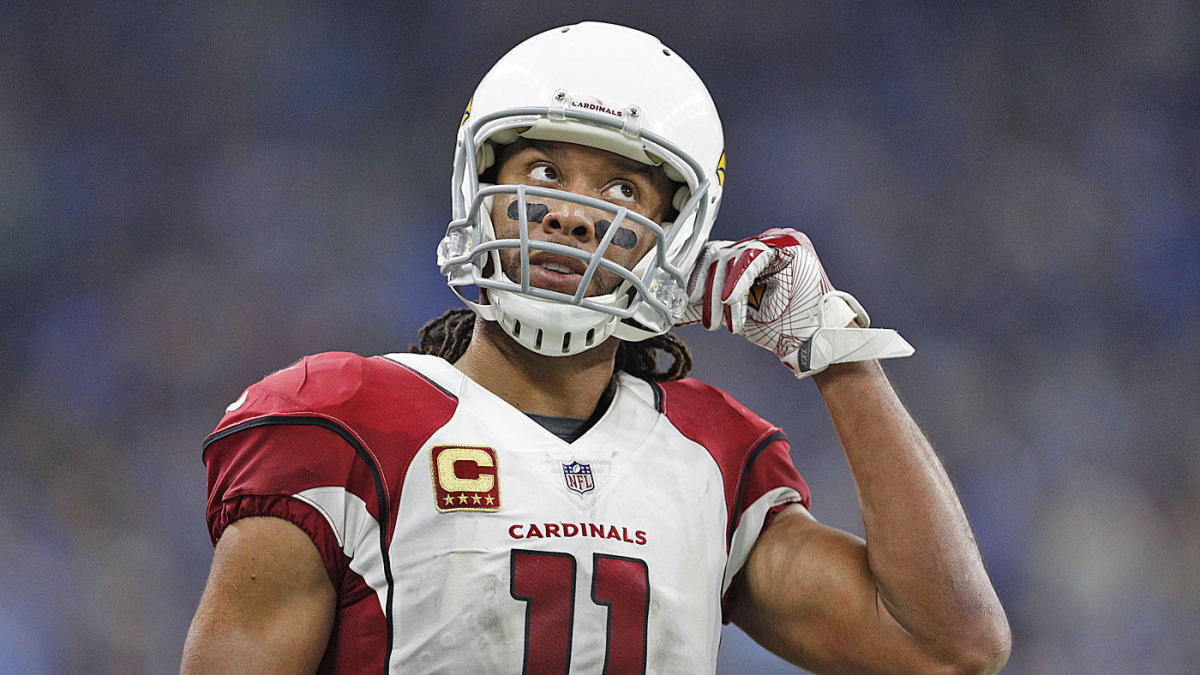 The unbeaten San Francisco 49ers put their 7-0 record on the line on Thursday Night Football when they visit the 3-4 Arizona Cardinals at 8:20 p.m. ET at State Farm Stadium. The Niners are one of the most surprising teams in football and rolled over Carolina, 51-13, last week. San Francisco quarterback Jimmy Garoppolo has passed for 1,489 yards and nine touchdowns, hitting nine different receivers for those scores. The Cardinals saw a three-game winning streak snapped last week by the Saints, who welcomed quarterback Drew Brees back in a 31-9 victory. The 49ers are 5-2 against the spread this season, but are trying to break an eight-game losing streak to the Cardinals, while Arizona is 5-3 against the number. San Francisco is a 10-point favorite in the latest 49ers vs. Cardinals odds after the line opened at eight. The over-under, or total number of points Vegas thinks will be scored, is 43. Before you make any Cardinals vs. 49ers picks of your own, you need to see what the SportsLine Projection Model has to say.

The model, which simulates every NFL game 10,000 times, is up almost $7,000 for $100 players on its top-rated NFL picks since its inception four years ago. It has nailed its recent top-rated NFL picks, entering Week 9 of the 2019 NFL schedule on a strong 25-17 run that dates back to last season.

It’s also on an incredible 87-60 roll on top-rated NFL picks that dates back to the 2017 season, The model also ranked in the Top 10 on NFLPickWatch for the third year in a row on straight-up NFL picks and beat more than 96 percent of CBS Sports office pool players. Anyone who has followed it is way up.

Now, it has broken down Cardinals vs. Niners from every angle. We can tell you it’s leaning over, but it also says one side of the spread cashes in more than 50 percent of simulations. You can only see that pick at SportsLine.

The model knows that the 49ers are aiming to get to 8-0 behind one of the top defenses in football. San Francisco allows just 11 points per game (only New England’s 7.6 is lower) and allows an NFL-best 254.6 yards per game. And with seven sacks, Niners defensive end Nick Bosa is a strong candidate for Rookie of the Year as well as a long shot pick for Defensive Player of the Year.

But just because San Francisco dominates on both sides of the ball doesn’t mean it will cover the 49ers vs. Cardinals spread on Thursday Night Football.

With a first-year coach in Kliff Kingsbury and a rookie quarterback in Kyler Murray, the Cardinals have had growing pains on offense. But Murray, who has completed 63.7 percent of his passes for 1,988 yards, has a veteran target in wide receiver Larry Fitzgerald, who has 38 catches for 448 yards and two touchdowns. Second-year receiver Christian Kirk had eight receptions for 79 yards last week and has 32 for 321 this season despite missing three games.

The Cardinals are allowing 27.9 points per game, but they are plus-three in turnover margin and have 22 sacks. The linebackers are the strength of the unit, with Chandler Jones third in the league with 8.5 sacks, Jordan Hicks second with 79 tackles and Haason Reddick posting 57 tackles, a sack and a fumble recovery. Safety Budda Baker is second on the team with 63 tackles, and Byron Murphy has five passes defended playing opposite shutdown corner Patrick Peterson.