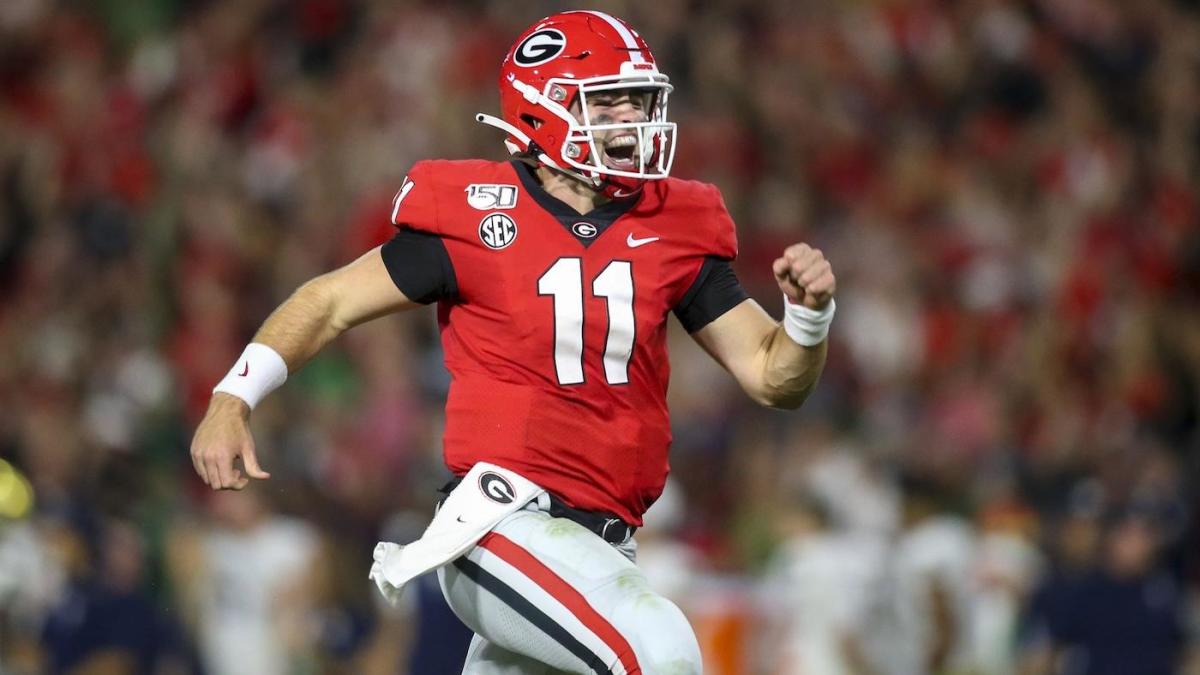 Last week featured a handful of games between traditional powers. The coming weekend’s slate of games is not nearly as appealing but fans will be able to check out some elite NFL Draft prospects in addition to some games with conference championship ramifications.

No. 14 Michigan at Maryland

The Wolverines have seen a rise in confidence stemming from last week’s win over Notre Dame. There is essentially zero chance that Michigan will be able to take the Big Ten East given they are two games back of both Ohio State and Penn State. However, they can still salvage a quality bowl appearance, which has been the hallmark of Jim Harbaugh’s tenure in Ann Arbor.

His team has quality wide receivers with Nico Collins, Tarik Black and Donovan Peoples-Jones. Maryland has sprung a few upsets in recent years but they do not have the same level of talent as Michigan. Edge rusher Keandre Jones, an Ohio State transfer, is an intriguing talent with six sacks in 2019.

Virginia Tech at No. 16 Notre Dame

Notre Dame suffered a brutal loss at the hands of Michigan last week but there is still a lot to accomplish this season. Virginia Tech has a chance to knock them down another peg in their pursuit of the ACC’s Coastal division. The Hokies — winners of three straight — are one of four teams in the Coastal division with two losses in-conference.

Virginia Tech does not have a lot of high end talent projected to be taken in the 2020 NFL Draft. The Irish have some promising players, with edge rusher Julian Okwara leading the way.

Georgia lost to South Carolina and then narrowly defeated Kentucky. They can either allow their season to continue circling the drain or they can pick themselves up by the bootstraps and regain control of the SEC East. A loss to Florida would put the Gators in the driver’s seat to meet either Alabama or LSU in the SEC Championship Game.

No. 9 Utah at Washington

Utah has elite NFL Draft talent and they are a disciplined football team. With one loss, it would be difficult to envision a scenario where they join the College Football Playoff. However, they will provide a challenge to any team they face in the postseason. Edge rusher Bradlee Anae, cornerback Jaylon Johnson, running back Zack Moss and safety Julian Blackmon all possess the talent to be taken on Day 1 or Day 2 of the 2020 NFL Draft.

Washington has offensive tackle Trey Adams and quarterback Jacob Eason. They could both end up in the first round. Adams has a history of injuries that will discourage NFL teams from selecting him early but it is hard to ignore the talent.

Fans may not be familiar with SMU, the program that produced Broncos wide receiver Courtland Sutton, but they are led by Texas quarterback transfer Shane Buechele. The undefeated Mustangs are locked in a battle for the American Athletic Conference’s West division with this week’s opponent, Memphis, and Navy. Each of those teams has one loss or fewer.