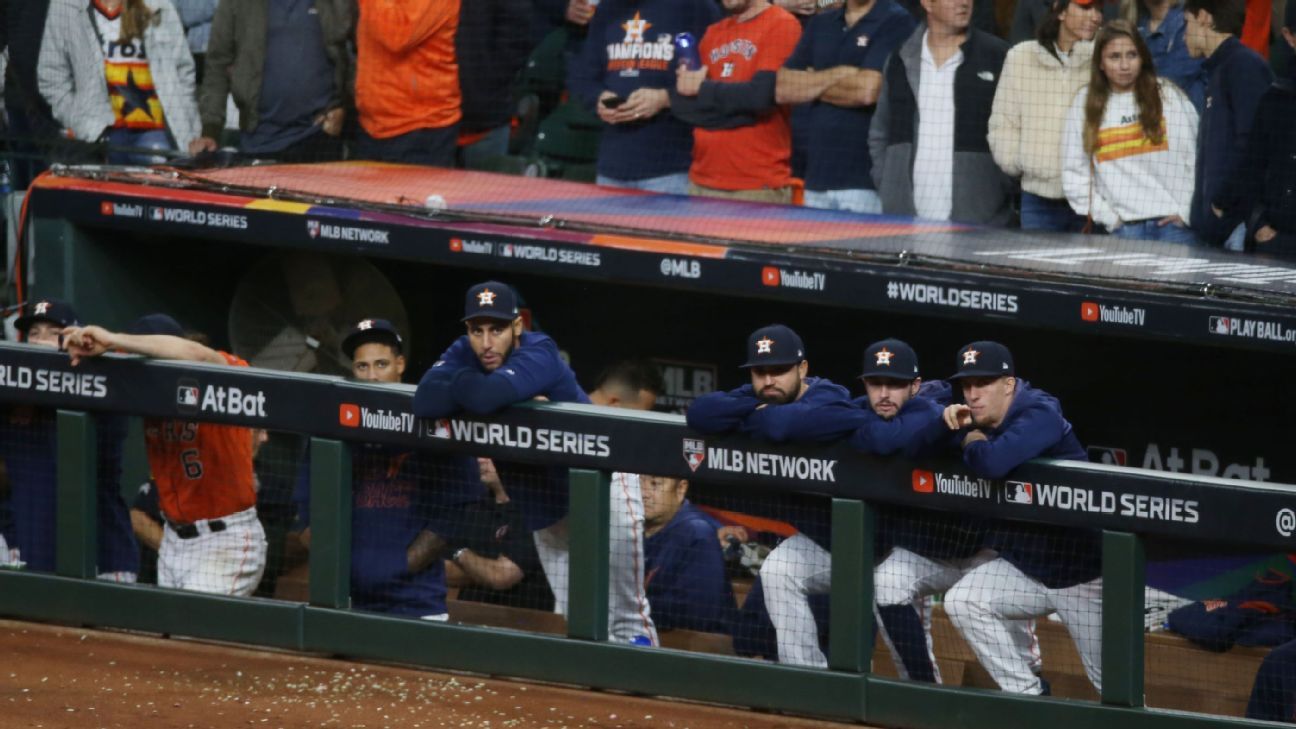 Houston Astros fans who saw their team suffer the biggest World Series upset in 29 years have something to look forward to: The Astros, for now, are the favorites to win next year’s World Series.

At 4-1, the Astros are the favorites at Caesars Sportsbook to win the 2020 World Series, followed by the Los Angeles Dodgers and New York Yankees, who are each 5-1, and the Boston Red Sox and Atlanta Braves, who are each 10-1.

Houston fell to the Washington Nationals 6-2 in Game 7 of the World Series on Wednesday night. The Nationals were nearly 2-1 underdogs to the Astros in the series, making their victory the largest World Series upset since the Cincinnati Reds took down the Oakland Athletics as +260 underdogs in 1990.

The Nationals, who captured the franchise’s first World Series, hold the sixth-highest odds to win next year’s title at 14-1, along with the Cleveland Indians and Chicago Cubs.

Multiple impactful free agents — including Houston ace Gerrit Cole and Washington starting pitcher Stephen Strasburg and third baseman Anthony Rendon — could be on the move and shift the 2020 World Series odds this offseason.

Cole, 29, went 20-5 during the regular season with 326 strikeouts. The right-hander struck out nine in a stellar seven-inning performance in Game 5 of the World Series in what might have been his final start with the Astros.

Strasburg went 8⅓ innings and struck out seven in the Nationals’ Game 6 victory; Rendon hit a home run in Game 6 and another in Game 7.

Washington was expected to be a contender to begin the season but got off to a disappointing start; in June, the Nationals saw their World Series odds drift to 50-1 at some sportsbooks. They took off after the All-Star break, upset the Dodgers in the National League Division Series and swept the St. Louis Cardinals in the NLDS to advance to the franchise’s first World Series.

The Philadelphia Phillies enter the offseason at 16-1 to win next year’s World Series, followed by the Milwaukee Brewers at 18-1 and the Cardinals at 20-1. The New York Mets are 22-1, and the Minnesota Twins, Athletics and Tampa Bay Rays are each 30-1 at Caesars Sportsbook.

The Baltimore Orioles, Detroit Tigers, Miami Marlins and Kansas City Royals have the longest odds in 2020 at 1,000-1.