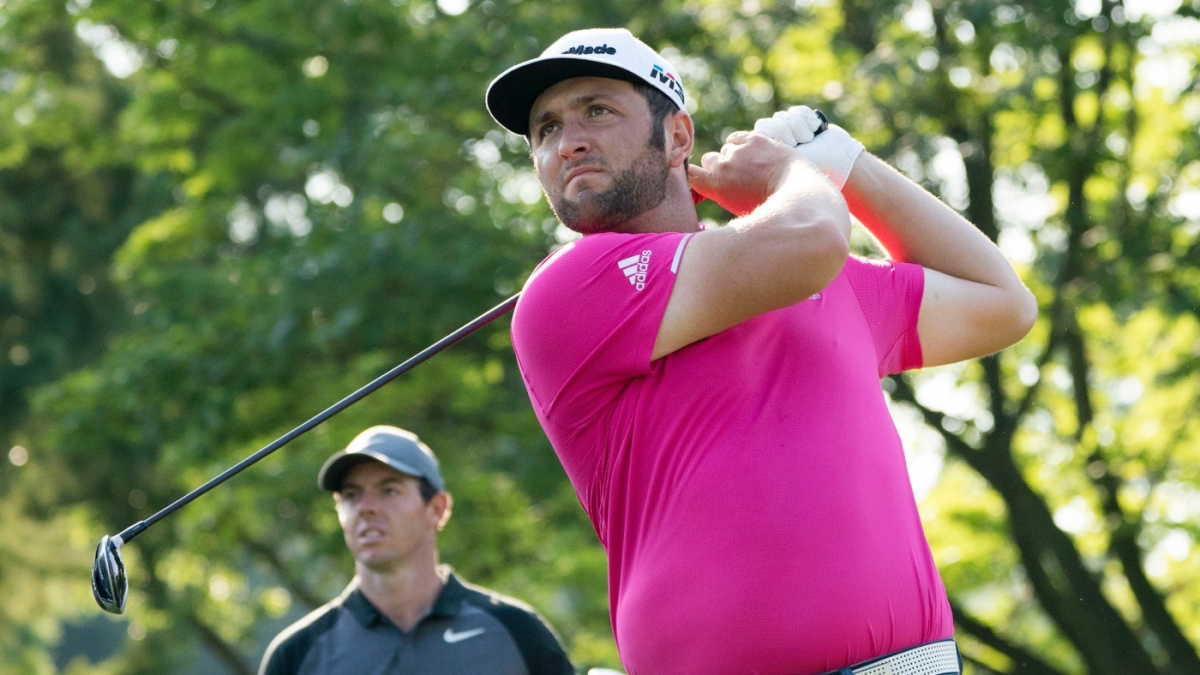 The five No. 1 players in the world. It’s a fun thought experiment, isn’t it? I thought about it when Rory McIlroy brought it up earlier this week at the Zozo Championship.

“I would never want to make it just about two players,” McIlroy said of his (presumed) rivalry with Brooks Koepka. “I think that’s a little disrespectful of all the other players that are trying to play well and trying to win tournaments. You look at what Justin Thomas has done over the last few weeks, you look at all the great players that are involved in golf, and I think to make it just about two people is … not the right thing to do or the right thing to say.

“I think for it just to be made about two people when parity in golf is … a real thing right now. Five people could put their hand up and say they’re the best player in the world right now.”

First, yes. I agree with all of this. The parity among elite, in-their-prime, all-time greats is tremendous, and I’m not totally sure we’re appreciating (or capable of appreciating) this in the present moment.

The more interesting part, though, is the “best player in the world” conversation. I’m obsessed with this idea — really any idea — that contextualizes historically-great golfers, and I want to expound on it. McIlroy was of course playfully throwing a number out there and didn’t mean, literally, five. However, if there were five, here’s who I think could lay claim to the throne (and this was actually easier than I thought it would be).

Brooks Koepka: Four majors in the last 28 months. The actual No. 1 player in the world on paper. Downside is that he was just ninth in strokes gained last year and is nursing an apparent knee injury. He’s finished — ohmygosh this stat never ceases to amaze — in the top 13 in 11 of the last 12 majors.

Rory McIlroy: Reigning PGA Tour Player of the Year, and nobody has gained more OWGR points in 2019 than him. Led the PGA Tour in strokes gained and had the best non-Tiger Woods strokes-gained number … ever last season. Downside: Major results have been hit or miss.

Justin Thomas: Two wins in four starts, eight straight top 12s and he finished fourth in strokes gained last season even with a negative putting performance (he was the only golfer in the top nine of strokes gained who was negative in any category). Zero people would be surprised if he reeled off six events in the next 12 months, including a major or two.

Jon Rahm: I’ve been screaming this from the rooftops for weeks, but Rahm is the hottest golfer in the world that nobody is talking about. He’s finished first, second or third in six of his last 11 events worldwide. That’s a staggering number.

Patrick Cantlay: You probably thought I was going Dustin Johnson here. Unfortunately, the D.J. fade over the second half of last season went pretty hard. He didn’t have a top 10 after the PGA Championship in May. Cantlay, on the other hand, has nine top 15s in his last 13 events, finished second to Rory in strokes gained and has made the biggest leap in world ranking this year (No. 18 to No. 6) of anyone currently in the top 14 in the world.

There’s a clear drop after this group (and D.J.) when you look at OWGR points gained in 2019. Here’s what the top seven looks like for context.

I would listen to D.J. arguments here ahead of Cantlay, but you know, finish in the top 10 of something over the last five months. Hopefully, his knee surgery has the same effect Tiger Woods’ knee surgery had on him.

The best part about this list? It could (and probably will) look different in a month or three months or (definitely) in six months. But if you’re talking about five golfers right now who could stand up and say “I’m definitely the best in the world,” these are your five. Of course, if Big Cat keeps running off 64s, we can have that conversation, too.