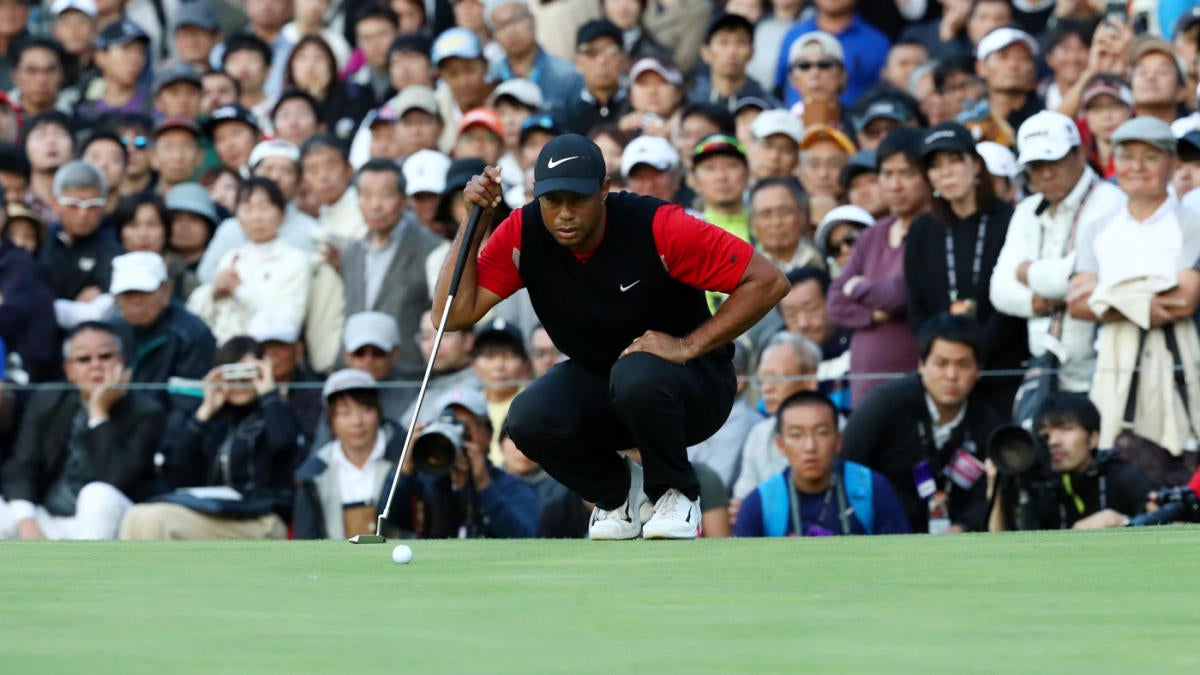 Tiger Woods is in the midst of making his 2019-20 PGA Tour debut at the Zozo Championship in Japan, and he has led the entire way. Woods holds a 66-hole lead at the inaugural Japanese event, going into the clubhouse with the advantage after reach round and standing three shots ahead of hometown hero Hideki Matsuyama with seven holes left for Woods to play in this event, which has been twice delayed by weather.

Woods is not only eyeing a simple win, he is attempting to tie the PGA Tour record for career victories with 82. Seven-time major winner Sam Snead, who retired in 1965, holds the record. Woods has been climbing his way to the top his entire career. Will he reach the summit late Sunday night? Only time will tell.

Here’s how you can watch the final round of the Zozo championship live as Woods aims to compete another history-making performance in a tournament that has been delayed, pushed and rescheduled all weekend due to rain. Seven holes should not take long for Woods to play, so be sure to tune in as soon as the broadcast begins so you can watch Woods’ bid to make history.