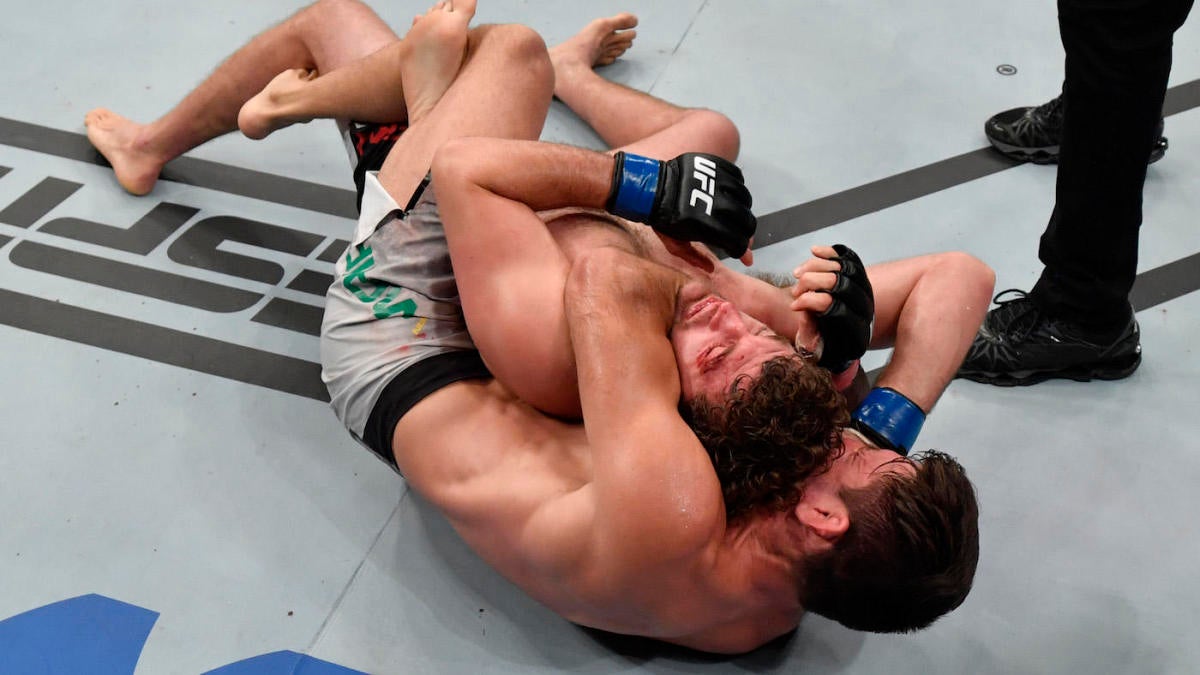 Shockingly enough, only brief moments of the time Demian Maia and Ben Askren shared the Octagon at UFC Fight Night 162 on Saturday were spent on the ground as the two decorated grapplers instead engaged in a striking match. In the moments the fight did hit the mat, though, the wrestling of Askren and jiu jitsu of Maia mixed for the compelling exchanges we were anticipating. In the end, it was the 41-year-old Maia who proved superior as a grappler, choking Askren out with a rear-naked choke in the third round to prove he still has plenty left in the tank.

Maia (28-9) showed impressive striking early in the fight from Singapore Indoor Stadium in Kallang, Singapore, snapping back the head of Askren (19-2) with straight left hands in Round 1. Askren wasn’t inept in his own striking, opening cuts and marking up Maia’s face with flurries of uppercuts in the clinch. In some ways, fans should have expected a fight that could reasonably have been claimed to determine the best welterweight grappler in the world would be fought mainly in the stand-up. Fighters often want to attack their opponent’s weaknesses rather than play up their own strengths.

That is exactly what Maia said he was doing with his striking focus throughout the fight.

“I knew that I couldn’t be striking all the rounds because my nature is always to grapple,” Maia said after his win. “But I tried to get some advantages in the striking to make him tired.”

Askren’s wrestling was strong throughout the fight, scoring a takedown in each round. But Maia’s ability to threaten with submissions and scramble to better position had the veteran wrestler struggling to adjust. Twice Maia managed to take top position and advance to mount. While Askren was able to survive the position in Round 2, in the third he gave up his back and Maia punched his arm around Askren’s neck, sinking in the choke. Referee Herb Dean missed Askren’s tap, and moments later the Olympian was unconscious.

The stoppage came at the 3:54 mark of Round 3, and marked Maia’s third consecutive victory after suffering through a three-fight losing skid. Askren is now 1-2 since joining UFC, scoring a controversial submission of Robbie Lawler in his UFC debut before losing in 5 seconds to Jorge Masvidal. Being submitted by Maia is now the latest setback in what has been an unsuccessful run with the promotion.