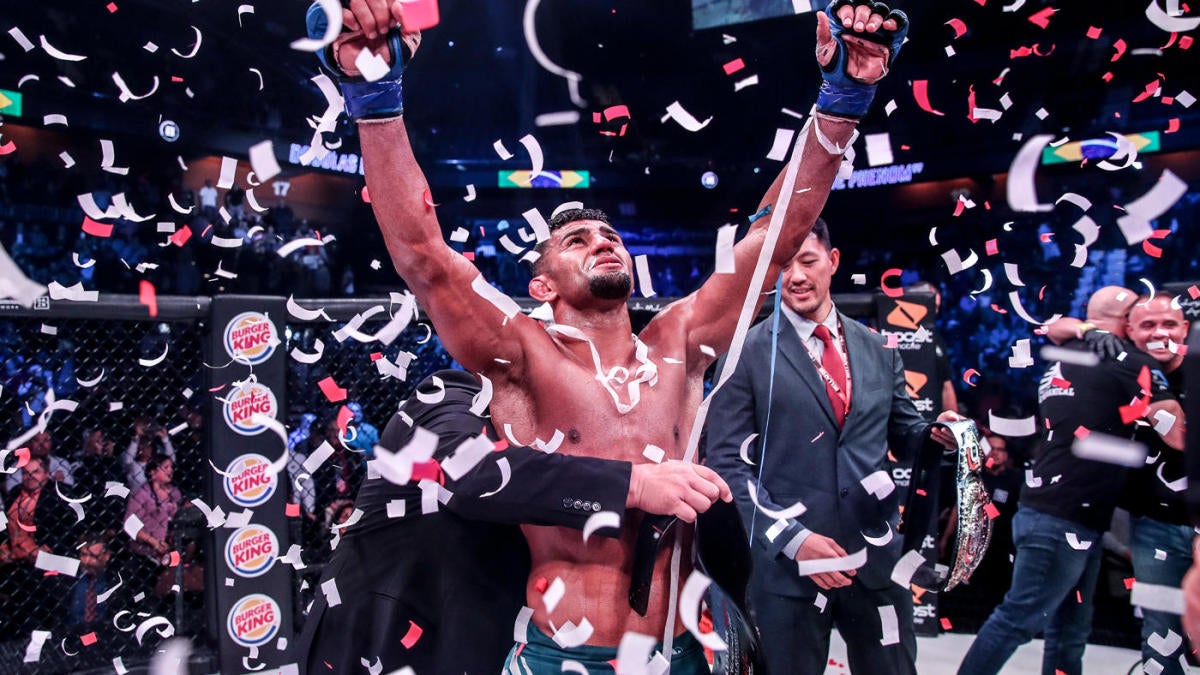 UNCASVILLE, Ct. — Unlike the action and drama of their 2018 bout, Saturday’s welterweight title rematch at Bellator 232 between Rory MacDonald and Douglas Lima was largely a dud. Luckily for Lima, it played right into his hands.

Lima (32-7) secured his third reign as 170-pound champion and captured the $1 million prize in the finals of the Bellator MMA Welterweight Grand Prix by taking home a unanimous decision (49-46, 50-45, 50-45) at Mohegan Sun Arena in Uncasville, Connecticut.

The story of the fight was how much the 31-year-old Lima has evolved from their first meeting 21 months ago. Still haunted by spending Round 5 of their first meeting on his back, the native of Brazil showcased his improved takedown defense throughout by constantly stuffing MacDonald’s attempts to control the fight.

“It has been a long road but we did it,” Lima said. “Rory is tough as hell. My hat goes off to him and he’s a warrior. I wish him nothing but the best and all the respect. He is a great man, so much respect.

“I learned heart [from the first fight]. The meaning of a man is heart. I have said it before and I learned so much in that fight and I have to thank him for that.”

MacDonald (21-6-1), whose turbulent journey to the tournament final saw him appear passive in a quarterfinal draw with Jon Fitch, failed to let his hands go with any form of regularity on offense as both fighters were serenaded with boos from the crowd throughout as each were reluctant to get off first and be open to counters.

“I am very thankful for the experience. I trained very hard and felt very sharp with my game plan but unfortunately I didn’t put as much pressure as I should have,” MacDonald said.

After Lima rendered MacDonald’s offense nonexistent due to his ability to keep the fight standing, he finally began his own attack of hard outside leg kicks — the same strategy that badly wounded MacDonald in their first fight.

A leg kick from Lima caused MacDonald to stumble late in Round 4. One round later, another kick dropped MacDonald and allowed Lima to spend most of the final round in top position on the ground as a bloody nose caused by a jab moments earlier dripped down on top of MacDonald.

“He kept coming throughout the fight and I had to stay strong, I had to defend those shots,” Lima said. “And the jab he hit me with in the fifth round did some damage. I would have liked to have done more but he moved so much and it was difficult.”

Late in Round 5, MacDonald reversed position on the ground and finished the fight on top although he was unable to mount much offense to close out the final fight on his Bellator deal.