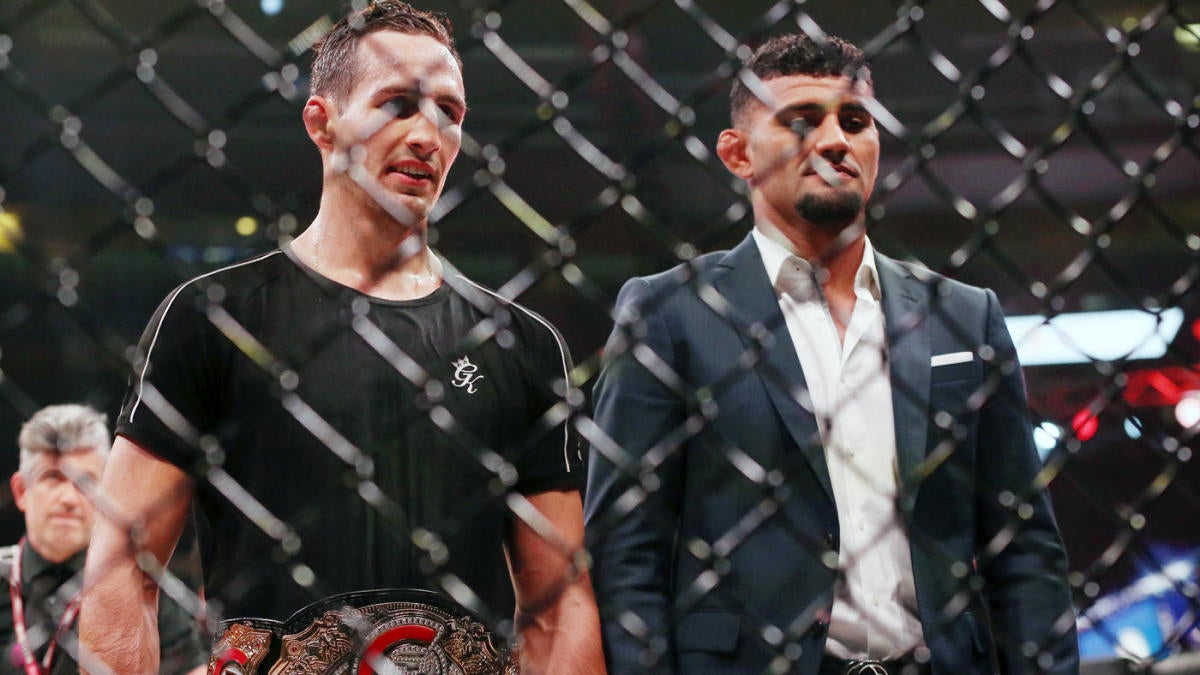 When the Bellator MMA Welterweight World Grand Prix brackets were first announced in the summer of 2018, the matchup most had hoped to eventually see in the final was easy to pick.

Just six months earlier, former UFC star Rory MacDonald and two-time champion Douglas Lima had taken part in a hellacious five-round bout for the Bellator 170-pound title that left fans wondering whether we would see the matchup again down the road.

Despite accruing heavy damage to his left leg, MacDonald (21-5-1) lived up to his billing as the biggest free-agent signing in company history by coming away with a close decision win. Lima (31-7), meanwhile, continued to build his name as one of the sport’s best-kept secrets.

The two fighters will finally get that rematch on Saturday in the tournament final headlining Bellator 232 at Mohegan Sun Arena in Uncasville, Connecticut (10 p.m., DAZN). Yet the stark difference between now and when they first met 21 months ago is which direction each fighter’s stock feels like it’s heading, which has helped establish the 31-year-old Lima as the betting favorite.

“It’s a rematch I’ve been waiting for since I lost that close decision, but I think it’s great timing for it,” Lima told CBS Sports on Tuesday. “It’s the end of the tournament, the finals and we both beat game opponents to get here. I wanted it to be the first fight [of the tournament] because I wanted my belt back but I’m glad the way it worked out.”

A native of Brazil, Lima enters as one of the hottest fighters in the sport after he kicked off the tournament with a submission win over former champion Andrey Koreshkov last September in their trilogy bout before recording a viral knockout of then-unbeaten Michael “Venom” Page in the semifinals. Along the way, talk began to circulate among experts speculating whether Lima was in the conversation for best welterweight in the world, regardless of promotion.

MacDonald’s name failed to carry that same level of positive weight over that same time period despite the “Red King” being in possession of the belt. On the same night Lima dominated Koreshkov at Bellator 206, MacDonald failed miserably in his attempt to challenge middleweight champion Gegard Mousasi in a TKO loss that left critics wondering why he would seek the challenge so close to the start of the tournament.

If there was any concern for MacDonald after the loss, things only escalated tenfold from there when he struggled to a majority draw against Jon Fitch in April. Although MacDonald was allowed to advance in the tournament because he was the defending champion, the crowd booed both the fight and the result.

MacDonald only complicated matters by delivering a post-fight interview in which he openly questioned his own fighting spirit and willingness to continue on after in light of his newfound Christian faith. Despite the fact that MacDonald rebounded to hand Neiman Gracie his first defeat in their semifinal bout in June, the perceived weakness he showed during the refreshingly honest interview in question continues to be linked with his name.

“I was very confident going into [Gracie] fight,” MacDonald told CBS Sports. “Obviously, I had a confusing interview after the Jon Fitch fight. People didn’t know if my heart was still in it, but the Lord gave me clarity after to be able to have peace of mind to go in there and compete with peace and joy in my heart.

“Maybe that interview, in the moment, I regretted it because people got to see. But I don’t now because I know that the Lord is showing me what’s next and being able to have that in the spotlight for people to see. And when that story comes full circle, it’s going to be all the better and I’m pretty stoked about that.”

MacDonald, who predicts the rematch will be “a very dominant fight” in his favor, admitted he was in his head far too much against both Mousasi and Fitch. He also believes the Fitch fight was a poor decision from the judges (two who scored a draw and the third who favored Fitch) and is quick to point out how little damage he accrued physically in his last two fights.

Although Lima reacted to the infamous MacDonald interview the same way everyone else seemed to, he hasn’t let that affect his preparation. Especially not after the fifth round of their first fight — a round that still haunts him to this day — in which a physically damaged MacDonald took Lima down and kept him there with the fight up for grabs.

“I’m expecting the best out of him,” Lima said. “He still fights good, in my opinion, and went out there and fought 10 rounds against top guys. I feel like he is in a good place right now and he looks confident and ready.

In the co-main event, another welterweight mainstay for Bellator MMA hits the cage as Paul “Semtex” Daley battles Saad Awad. Daley is 3-4 in his last seven fights, alternating wins and losses over the last three years. He was expected to take on Sabah Homasi, but he was forced to withdraw with injury.

This card also marks the return of Nick Newell, the amputee fighter who scored a submission win in his promotional debut in August. The 33-year-old is 16-2 as a professional with 11 submissions in his career. He takes on Manny Muro in a catchweight bout on Saturday.

Plus, Kevin “Baby Slice” Ferguson Jr. is back in action when he takes on Craig Campbell in a catchweight bout. Ferguson Jr. hasn’t had the start many expected for the son of Kimbo Slice, posting a 3-2 record that includes a TKO loss last October. But hope remains that he can turn it around under the Bellator banner.

Let’s take a closer look at the card with the latest odds from William Hill.

MacDonald’s ability to block out pain and keep their first fight on the ground to gut out a victory over Lima was plenty inspiring. It also, given what happened in the fights that followed, feels like it could have also been a great champion pouring out what was left inside of him one final time to hang on.

It’s a notion that sounds crazy considering MacDonald is just 30 and performed so technically brilliant just four months ago against Gracie. The problem is that neither Fitch nor Gracie are menacing strikers and MacDonald has so many more fighting miles on his odometer than most prime champions (just call up the legendary Robbie Lawler rematch from UFC 189 in 2015).

Lima is not only streaking, he showed in his last two fights that his boxing game continues to grow with leaps and bounds. Lima was nearly able to crumble MacDonald with leg kicks alone in the first fight and should he succeed in staying off his back and turning their rematch into a war, the focus will quickly turn to whether MacDonald still has it in him to persevere and win that kind of a fight given everything he has been through in the past two years.