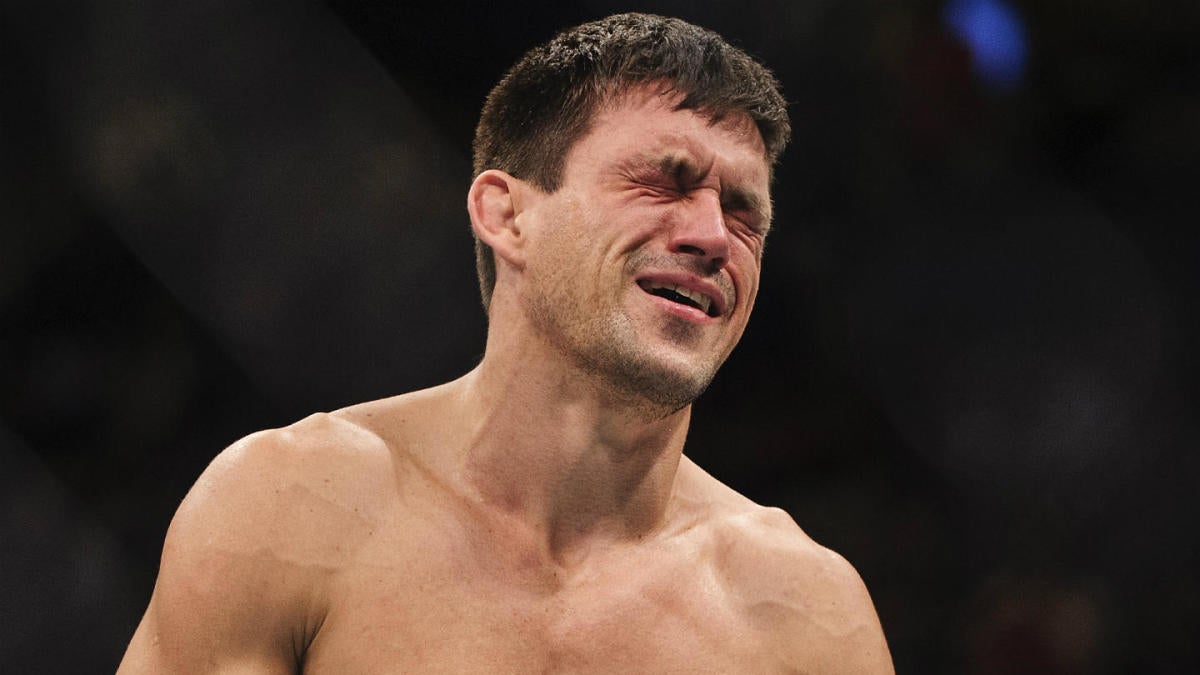 Demian Maia has hinted that Saturday’s bout at UFC Fight Night 162 could be the last of his decorated mixed martial arts career, regardless of the outcome. But the veteran also has acknowledged that getting his hand raised one more time could inspire him to continue into 2020. The veteran takes on polarizing prospect Ben Askren on Saturday in the main event of UFC Fight Night 162. The 11-bout event from Singapore Indoor Stadium features the main UFC Fight Night 162 card starting at 8 a.m. ET. Maia (27-9), ranked No. 10 at welterweight, is tied for second in all-time UFC victories with 21. In order to get another, he’ll have to get past a champion wrestler in Askren (19-1), the 11th-ranked contender who is hoping to erase the embarrassing memory of his flying-knee knockout loss to Jorge Masvidal. Askren is a -190 favorite (risk $190 to win $100), while Maia is a +165 underdog in the latest Maia vs. Askren odds. In the co-main event of UFC Singapore, Michael Johnson (-335) faces Stevie Ray (+275) in a lightweight bout. Before you set your UFC Fight Night 162 picks and predictions, make sure you listen to what SportsLine MMA expert Kyle Marley has to say.

Marley won the first-ever “ToutMaster” UFC betting contest sponsored by MMAOddsBreaker and is in contention to win this year’s contest. He also appears regularly on multiple MMA betting and DFS shows. Over the past year, $100 bettors who have followed Marley’s picks are up more than $19,000.

Just last week at UFC on ESPN 6, Marley told SportsLIne members that the power of Dominick Reyes (-155) would be too much for former middleweight champion Chris Weidman (+135), who was making his debut at light heavyweight. His analysis was spot-on, as Reyes hit Weidman with a clean shot while backing up and finished the former champ in the first round. Anyone who followed Marley’s advice booked an easy winner, and those who have followed him consistently are way up.

Now, with UFC Fight Night 162 fast approaching, Marley has carefully studied every matchup on the card, identified the best value in the UFC odds and released his MMA picks for every single fight. He’s sharing those selections only over at SportsLine.

The MMA analyst knows this fight is critical for both veteran welterweights because it appears to be something of an elimination bout. The winner has a chance to join a long list of contenders in the welterweight division, where Kamaru Usman is the sitting champion. However, the loser is almost assured of heading to also-ran status. That’s because there are questions surrounding both fighters based on their recent performances.

Askren openly taunted the rugged veteran Masvidal at every turn before their July bout at UFC 239. Masvidal ran across the ring and landed the flying knee that forever turned a knocked-cold Askren into an Internet meme and was the fastest knockout in UFC history.

Askren likely risks release from UFC if he loses to Maia, the 41-year-old Brazilian jiu-jitsu specialist who has won two straight bouts. But he is just 3-3 in his past six bouts and already is seen as something of a gatekeeper against potential welterweight prospects. Those three losses came against Usman, former champ Tyron Woodley and former interim champ Colby Covington. You can get all of Marley’s Maia vs. Askren picks at SportsLine.

At UFC Fight Night 162, we can tell you Marley is backing Frank Camacho (+145) to upset Beneil Dariush (-165) in a battle of veteran lightweights on the main card.

Dariush (16-4-1) goes for his third consecutive victory and comes off a submission win against Drew Dober in March. On the other side of the octagon, Camacho (22-7) has lost two of this last three fights, but knocked out Nick Hein in June. “Camacho is the more powerful striker and he will be the one throwing more volume as well. He could win with a knockout or judge’s decision, if he can keep it standing,” Marley told SportsLine.

Marley also has strong picks for Maia vs. Askren, Johnson vs. Ray and every other bout on the UFC Fight Night 162 fight card.

Who wins Maia vs. Askren? And how exactly does each fight end? Visit SportsLine now to get detailed picks on every fight at UFC Fight Night 162, all from the incomparable expert who’s up more than $19,000 on MMA in the past year, and find out.