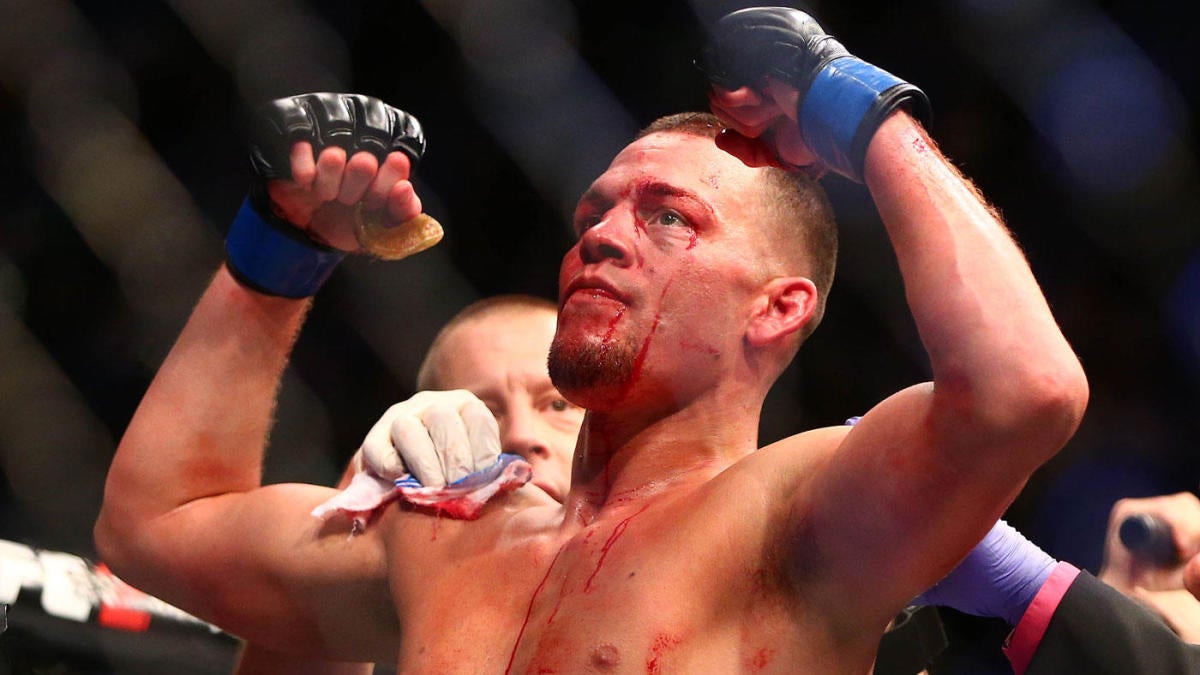 Capitulating to a demand from Nate Diaz that his name be cleared following an adverse finding in a recent drug test, UFC released a lengthy statement early Saturday morning announcing that the UFC 244 main eventer “has not committed an anti-doping policy violation, has not been provisionally suspended and is not subject to any sanctions.” This comes less than 48 hours after Diaz, 34, said he would not compete at UFC 244 after receiving word that a drug test came back with a positive result for a banned substance.

When learning of the adverse finding on Thursday, Diaz denied knowingly taking any banned substance and appeared to pull himself from the fight in objection to the results.

He tweeted: “I call false on [the failed test] cause I only take Whole Food or natural food supplements. I don’t even eat meat. So until UFC, USADA of whoever is f—ing with me fixes it, I won’t be competing. I’m not gonna play their game and try to hide it or keep [quiet], as they suggested. I’m not gonna have my name tainted as a cheater like these other motherf—-ers who keep quiet until after the fight just so that they can get paid.I don’t give a f— about some money over my dignity and my legacy. I’m not playing along with this bullshit.”

The news stunned fans who were anticipating the forthcoming bout between Diaz (20-11) and Jorge Masvidal (34-13) for the UFC’s ceremonial Baddest Mother F—er (BMF) title at UFC 244 on Saturday, Nov. 2 at Madison Square Garden.

Earlier Friday, as word spread that Diaz did not appear to be in jeopardy of being suspended despite his initial reaction to the drug test, the Stockton, California, native tweeted “Clear my name, or I ain’t doin’ shit.”

It appears as if UFC’s statement is meant to do just that.

“UFC has been notified by USADA that the out-of-competition test concluded that LGD-4033 was present in Mr. Diaz’s sample at an amount below the decision concentration level for this substance.

“USADA is reviewing the out-of-competition test as an atypical finding. Further laboratory testing conducted by the Sports Medicine Research and Testing Laboratory (SMRTL), a WADA-accredited lab in Salt Lake City, Utah, has confirmed that two bottles of the same organic, vegan, plant-based daily multivitamin that Mr. Diaz was using were each contaminated with LGD-4033, which the evidence supports resulted in Mr. Diaz’s positive sample.

“Mr. Diaz has not committed an anti-doping policy violation, has not been provisionally suspended and is not subject to any sanctions. Additionally, UFC has been informed by independent experts who have determined that there is unequivocally no appreciable performance enhancing or therapeutic benefit from the significantly limited amount of LGD-4033 that may be present in his system, which is roughly 10,000 times lower than one LGD-4033 therapeutic dose.”

With the news, the main event scheduled for New York’s Madison Square Garden appears to be set to move forward as planned. Diaz has apparently been exonerated of any wrongdoing, and as demanded, his name has been cleared by the UFC’s official anti-doping partner.

Diaz has yet to comment on the matter since the UFC statement.