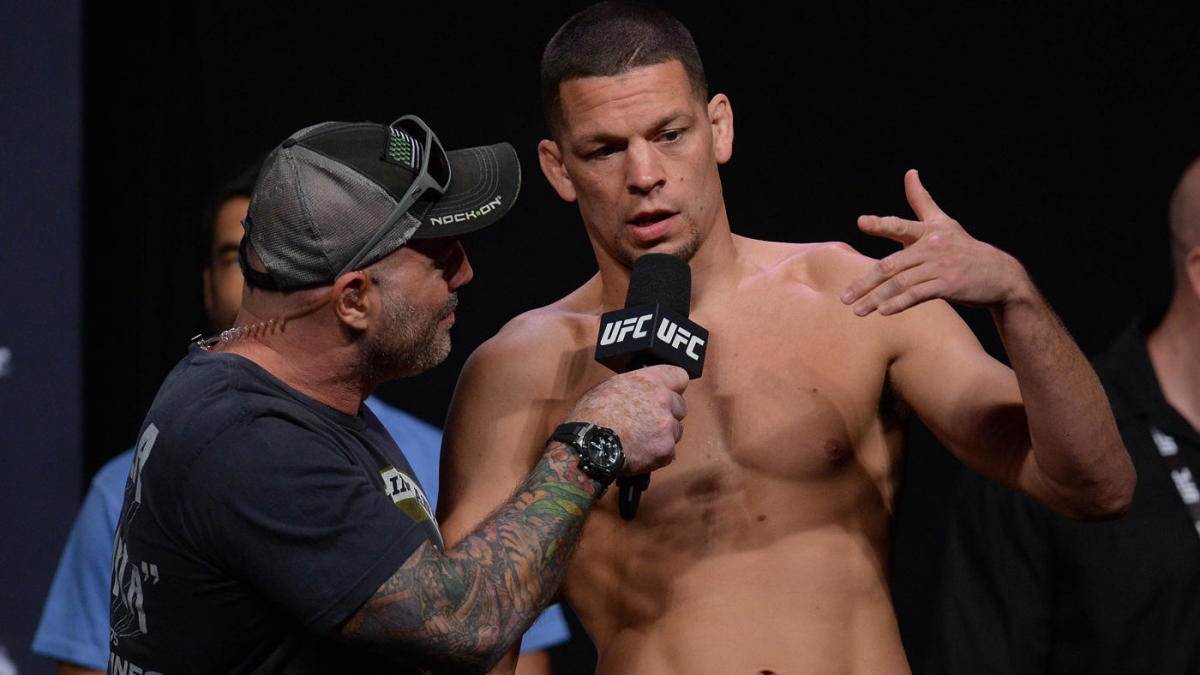 With the much-anticipated UFC 244 main event that had fans feeling like it was all a dream nearly one week away, a potential nightmare has floated to the surface sending everyone into a frenzy.

Nate Diaz revealed Thursday in a social media post he tested positive for elevated levels of a banned substance and will not make the trip to New York’s Madison Square Garden for a much-anticipated main event against Jorge Masvidal for the UFC’s ceremonial Baddest Motherf—er (BMF) title. Although neither UFC or its drug-testing partner USADA have yet to confirm the news, Diaz (20-11) denied knowingly taking the substance and explained the finding as “might be from some tainted supplements.”

According to ESPN’s Ariel Helwani, though, the fight has not officially been canceled and Diaz has not been formally suspended by USADA despite adverse findings in his sample. On Friday amid the chaos, Diaz made it clear on Twitter that he doesn’t intend to compete inside Madison Square Garden on Nov. 2 unless his name in cleared.

The 34-year-old Diaz grew to fame as a counter-culture star and anti-hero following a pair of 2016 against Conor McGregor that approached or broke company pay-per-view records. He then faded away into a three-year layoff that was highlighted by constant public bickering over failed fight negotiations with UFC and president Dana White.

Diaz returned in August at welterweight to earn a decision from Anthony Pettis and seemingly win over the support of the promotion, which shocked fans by matching him against an equally beloved brawler in Masvidal (34-13) in the main event of such a prestigious card.

“I call false on [the failed test] cause I only take Whole Food or natural food supplements. I don’t even eat meat,” Diaz wrote. “So until UFC, USADA of whoever is f—ing with me fixes it, I won’t be competing.

“I’m not gonna play their game and try to hide it or keep [quiet], as they suggested. I’m not gonna have my name tainted as a cheater like these other motherf—-ers who keep quiet until after the fight just so that they can get paid.

“I don’t give a f— about some money over my dignity and my legacy. I’m not playing along with this bullshit.”

UFC 244 marks the company’s fourth straight visit to MSG for a marquee November show that, in part, celebrates its lengthy political fight to get the sport legalized in the state of New York.

If Diaz is unable to fight, a potential replacement could be welterweight Leon Edwards (18-3). Not only is the 28-year-old native of Jamaica riding an eight-fight win streak, he got into a backstage fight with Masvidal in March at UFC Fight Night in London.

However, Edwards quelled any truth to the rumors that he was serving as a backup for this fight on Friday with his post on social media, saying “Bad news Regarding Nate, I did offer when the fight was made to stay ready, but the UFC unfortunately said no. So I won’t be making the trip to NYC. But I will be ready for Dec. 14.”

Another potential replacement could be former Diaz foil, Conor McGregor, who was on a media tour for his whiskey line this week in Russia. The former two-division champ stated his case to jump in on eight days’ notice and take on Masvidal, much like Diaz did for Rafael dos Anjos against McGregor in 2016.

“There’s only one Bad Motherf—er in this game and he is the weight jumping, sport crossing, country invading, whiskey drinking Irish animal typing this tweet right now. Right here from his presidential suite at the Ritz Carlton in downtown Moscow. See you all soon.”

McGregor is currently under investigation in two separate sexual assault cases in Ireland, though he has not been formally named in either as Irish law prohibits naming victims or the accused during ongoing investigations.

Masvidal, who has seen his star rise to incredible levels in 2019 thanks to a pair of devastating knockouts over Darren Till and Ben Askren, still wants to fight Diaz at Madison Square Garden, regardless of Diaz’s testing situation.

“You not the baddest mofo in the game (I am), but you are one of the cleanest mofos,” Masvidal wrote. “I’ll see you Nov. 2. I know your name is clean. I don’t need [USADA] to tell me shit!”

The Nov. 2 main event is supported by a middleweight bout pairing Till against Kelvin Gastelum.