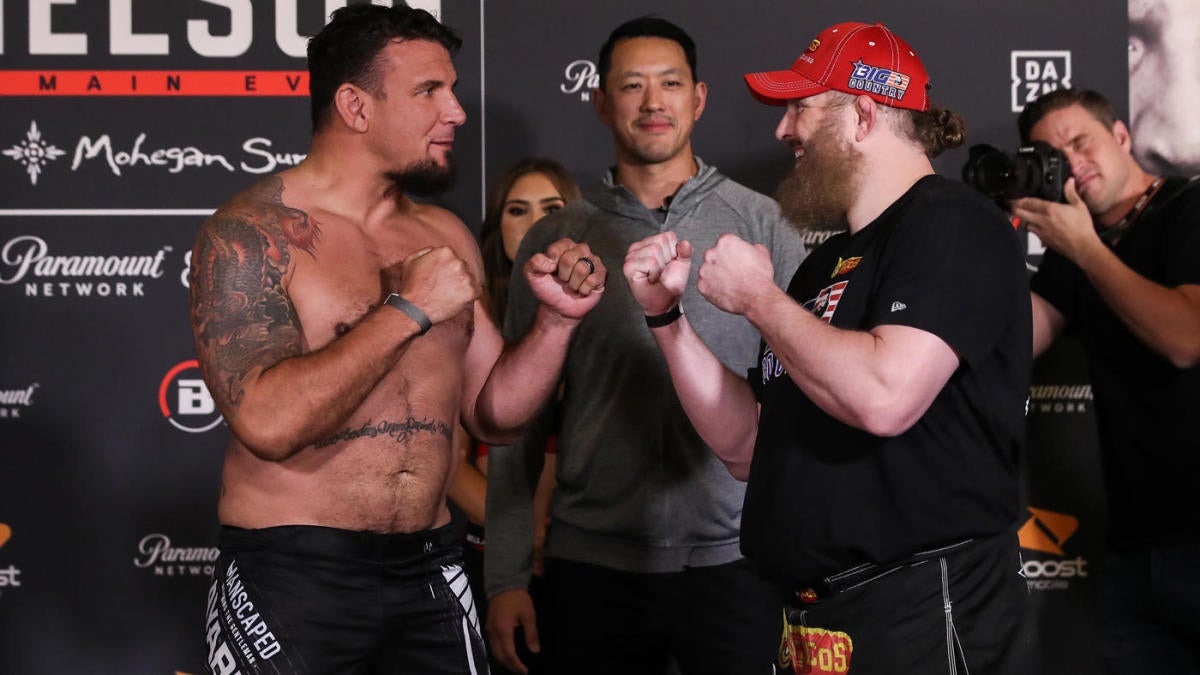 It’s been more than 1,500 days since Frank Mir last had his hand raised at the conclusion of a fight. It hasn’t been much better for Roy Nelson, who hasn’t won in more than two years. Yet, name value propels both men to the main event of Friday’s Bellator 231 card from Mohegan Sun Arena in Uncasville, Connecticut.

Mir (18-13) enters Friday’s bout on a 2-8 run in his last 10 fights after his career saw early success with him capturing the UFC heavyweight crown. But things haven’t gone his way since joining Bellator MMA, including a pair of stoppage losses to Fedor Emelianenko and Javy Ayala in his most recent outings.

Nelson, on the other hand, has had an up-and-down career since joining Bellator MMA. He’s 3-7 in his last 10, including a gross decision loss to Mirko Cro Cop where both fighters seemed on the brink of passing out from exhaustion. He defeated Ayala in his debut for the promotion before hitting a three-fight skid.

This card also marks the return of former WWE and current AEW superstar Jake Hager, who is 2-0 in his professional career. He will once again get favorable match-making when he takes on Anthony Garrett on the main card.

Can’t get enough MMA? Subscribe to my podcast — State of Combat with Brian Campbell — where I break down everything you need to know in the Octagon.

Here’s the fight card for Bellator 231 with the latest odds from William Hill.

Frank Mir vs. Roy Nelson: It’s not a fun thing to say about any fighter, especially someone who spent so much time at or near the top of the sport, but it seems Mir is shot. His 10 most recent fights are not indicative of someone who can compete at a high level at 40 years old, and the frequency of stoppages due to strikes is troubling. Nelson isn’t at a much better place in his career, but power takes a long time to go and Nelson has it. Nelson’s power and chin give him the edge to make it a quick night. Pick: Nelson via TKO1