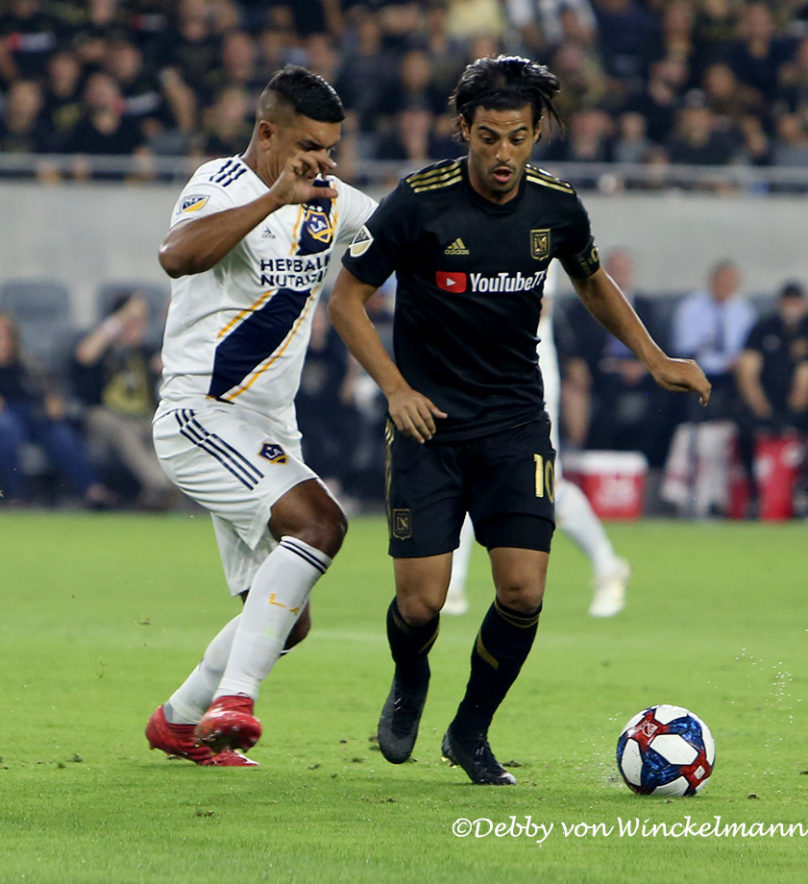 Carlos Vela got LAFC’s 2019 playoff run going with a first half brace.

If there was ever a time for LAFC to finally emerge victorious over its cross-town rival LA Galaxy. This was the time.

Meeting for the third time this season, this time with the stakes as higher as it has been, the opportunity could not be any bigger for LAFC to claim its first win; hosting its Western Conference semifinal matchup with the Galaxy at Banc of California Stadium in a win-or-go-home scenario, this finally had to be the time for LAFC to pick up that elusive win over the Galaxy.

Mission accomplished. Led by Carlos Vela and Adama Diomande, LAFC came out swinging early, then withstood a furious Galaxy rally by scoring three of the final four goals in the second half as LAFC booked its spot in the Western Conference final with a 5-3 win over the Galaxy.

“We hadn’t found a way to win but this was a really decisive game,” LAFC forward Diego Rossi said. “We played in an intelligent way and we were able to move forward. The team is really united.”

Vela and Diomande both had braces in the match, with Vela doing his damage in the first half and Diomande coming off the bench to add his two goals at a crucial time with the Galaxy threatening to celebrate at LAFC’s expense at the most important time in the season. The only team standing in LAFC’s way to hosting the MLS Cup final on November 10 is the Seattle Sounders, who will contest LAFC in the Western Conference final on Tuesday evening.

“We have to win two more games,” Vela said. “We have to prepare our team to be ready and be focused on our goal. That’s the way we are working. We are working on ourselves and that’s a way to be a good team. Nothing else matters.”

Vela got LAFC going in the 16th minute. Diego Rossi took a ball from Lee Nguyen and played an open Vela into the penalty area with a short pass. Vela made a cutting move to evade Giancarlo Gonzalez, which left himself with a sightline and Vela took advantage, firing the shot past David Bingham far post to stake LAFC to the lead. Vela doubled the advantage in the 40th minute, which started when Brian Rodriguez deked Gonzalez, sprinted down the left flank, played a ball to Latiff Blessing, who then sprung Rodriguez into the penalty area, Rodriguez, having drew Bingham off his line, played the short cross to Vela, who tapped in the open-netter. Despite replays showing Vela to have been offside prior to Blessing’s pass, no Video Review was initiated.

The Galaxy however didn’t pull off the playoff’s first road win last weekend, then travel up the 110 North freeway just to get blown out by its neighbors. The Galaxy pulled a goal back short after Vela’s second goal, as Zlatan Ibrahimovic received a pass, fought off Tristan Blackmon to secure possession, the rest of the LAFC defense collapsed in on Ibrahimovic, and he found an open Cristian Pavon on his left and Pavon slotted the shot past Tyler Miller far post to halve the LAFC lead. The Galaxy eventually caught LAFC in the 55th minute, as Ibrahmoivc took advantage of a errant clearance attempt, took the ball into the penalty area, fired a shot low that went off Miller’s hand but continued into the back net for the equalizer.

“When there’s a lot of goals, it’s always exciting and fun, but obviously for the teams that play, nobody wants to concede a lot of goals,” Ibrahimovic said. “I think the whole season has been like that. We score a couple of goals, but we concede much more than we are scoring.”

Unlike past El Trafico meetings, LAFC had a response to the Galaxy surge. LAFC retook the lead in the 67th minute, as Vela received a pass from Nguyen and despite going to the ground and some aggressive marking from Daniel Steres, held the ball and got the pass off to Rossi, who fired the shot past Bingham and snuck in the far post to put LAFC back in front. LAFC then restored its two-goal a minute later, as Nguyen sprung Rossi, who eventually got inside the penalty area, then crossed into the six-yard box to an unmarked Adama Dionamde, who headed the sitter into the back net. 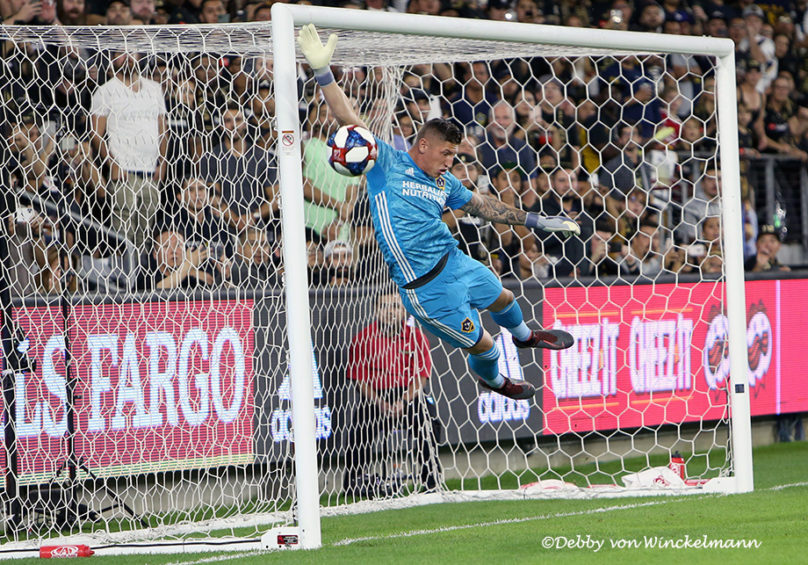 The Galaxy though refused to go away however, as they cut the lead back to a goal when Rolf Feltscher headed in a Romain Alessandrini free kick in the 77th minute. Once again however, LAFC had a response, and it was more than enough to send them through. Diomande received a ball from Eddie Segura, rounded Diego Polenta and sprinted for the penalty area. Diomande spilt a pair of Galaxy defenders inside the box, then chipped a ball past Bingham into the back net for an 80th minute goal and the Galaxy’s fight finally tired out.