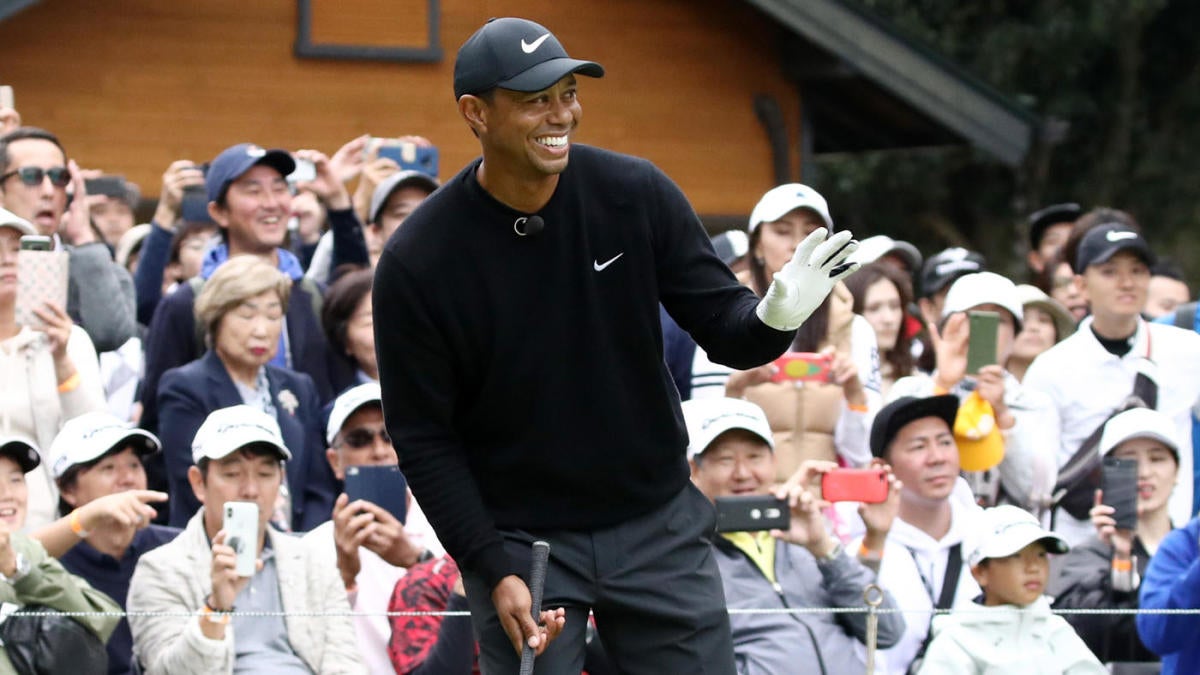 Everyone will talk about the 64 that Tiger Woods shot on Thursday at the Zozo Championship in Japan — and they should — but the real story here is how Woods looked and felt in his first round of the 2019-20 season, not what he scored.

I wrote this a bit on Wednesday, and it felt a little silly because I was going off of footage of Tiger hosting clinics and playing children’s games while wearing a T-shirt with his headcover on it. That’s no way to select major champions, and yet, it resonated with me because Woods looked 10 years younger than he did at the end of last season.

Maybe the doctor who performed his knee surgery in August also had a vial of water marked “Ponce de Leon.” Maybe that water was from the fountain of youth. Tiger does love the Bahamas, where de Leon once traipsed looking for the mythical flow.

Regardless, his 64 on Thursday to co-lead with Gary Woodland at 6 under was remarkable for many reasons. Here are a few of them.

And now? How many times is this dude going to rise from the dead? He looks lithe. He looks free. He looks like somebody who was anchored more by fear of injury than weight of expectations during 2019, and it would appear that all of that has been lifted. I don’t understand how one knee scope in August can have such an effect.

“At the end of the year … my oblique wasn’t feeling very good,” said Woods. “I was trying to make compensations. Unfortunately, with the lack of movement that I had in my knee, that my back took it and that’s the last place I want to feel it.

“So it was nice to be able to feel that I’m able to rotate a little bit better, able to clear better, and more importantly, be able to squat down and read putts. I was able to get down there today, which I’ve been doing at home, and that’s something that if you look at the video towards the end of the season, I wasn’t able to do very well.”

He’s right about clearing better. I went Zapruder Film on everyone with some of that detail. Without advanced statistics, it’s difficult to tell how much of Woods’ success on Thursday was a result of ball-striking and how much was a result of lucky putting. But again, I don’t know that I care.

Tiger isn’t going to shoot 64 every single round this season, but as long as he can keep the pieces of his body together and in the right order — like Mr. Potato Head trying to get to No. 1 in the world — he’s going to have a great season, maybe an even better one than he did in 2018-19 when he won the dang Masters.

I didn’t see this coming in June, July or August. You would have been a fool to say you did. But it’s definitely coming. Tiger looks great in every facet: on the card, on the course and on the world stage.