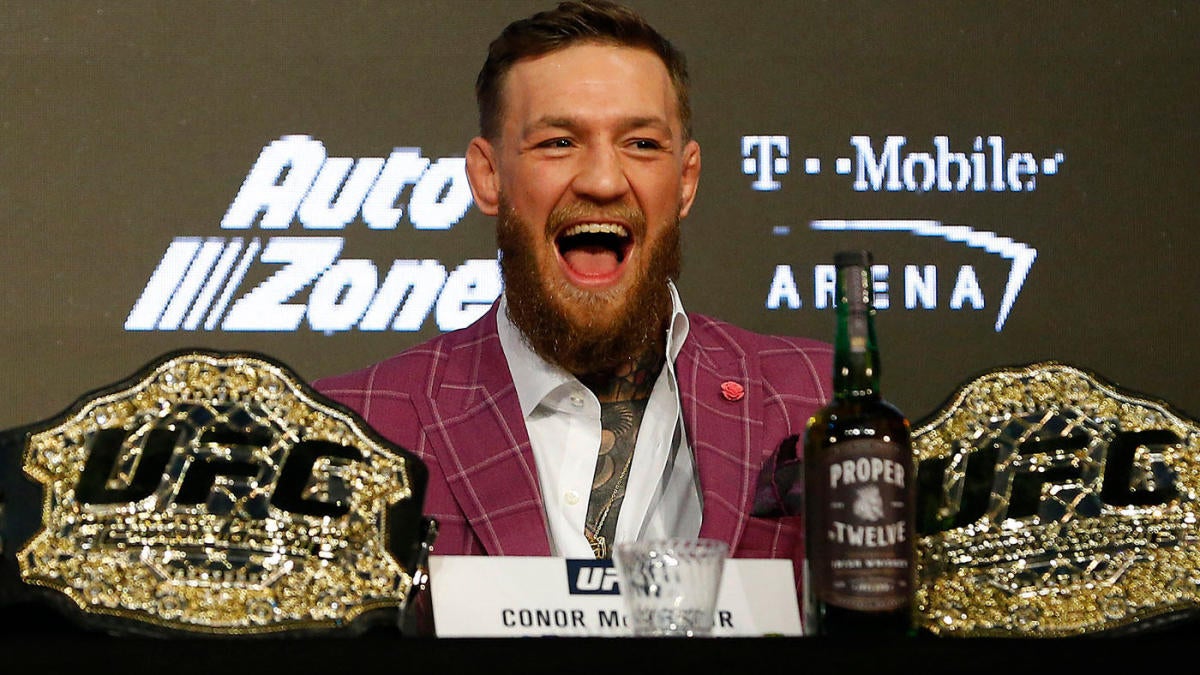 “We’re very close to announcing it, not just yet,” McGregor said. “But surely over the course of this trip we should have an announcement. That’s what we’re aiming for.”

Speaking with ESPN’s Ariel Helwani in August, McGregor said he was previously aiming to return to the cage over the summer before a hand injury delayed his first fight since losing to Khabib Nurmagomedov in October 2018.

“I was preparing for the end of July at Madison Square Garden,” McGregor said at the time. “We were getting there in conversation. There was opponents discussed. I did not really mind the opponent. I wanted similarities to Khabib Nurmagomedov, to prepare for that, because he doesn’t want to have the rematch, whatever.

“I would say true. I would say we can get that done. … I’m already in shape; I have not lost my condition. I’m in shape. I just need to sharpen up the grappling. … I would say so. I would look for that yes, at the end of the year.”

Between taking time away from MMA to fight Floyd Mayweather in a boxing contest and a combination suspension and retirement following the loss to Nurmagomedov and subsequent post-fight brawl between fighter camps, the sport’s biggest star has only fought in the Octagon once since 2016. Now, McGregor says the UFC had been keeping him out of the cage by refusing every opponent he suggested.

“I just want to compete now,” McGregor said at the press conference. “I was trying to get on the Dec. 14 card. For whatever reason, they’ve been holding me back. I’m giving them dates. I’m saying I want to fight this date, this date, this date in a row. And we had opponents selected and everything and they’re just making it very difficult for me for whatever reason. So now I’m kind of in a position where I’m attempting to set up an event, a charity event. I’ve done this before in my hometown, but I’ve done it as an amateur boxing event in my old boxing club, but I want to do it in mixed martial arts competition, also. Create an event, find an opponent, compete, zero prize. I do not care about the prize. The prize is in my home. I have five prizes in my home that I seek to get, I got them. I just want to compete now. I want to come back, I want to get sharp, I want to show the best of myself, and continue to climb. That’s what I’m seeking to do, so we’re looking to do that some time in December. Hopefully have a charity mixed-martial-arts event for zero prize, the prize will go to charity.”

Legal troubles have also followed McGregor in recent months. He is currently facing charges for assaulting an elderly man in a pub over a shot of whiskey and is being investigated following sexual assault allegations — the second time he’s come under such an investigation.