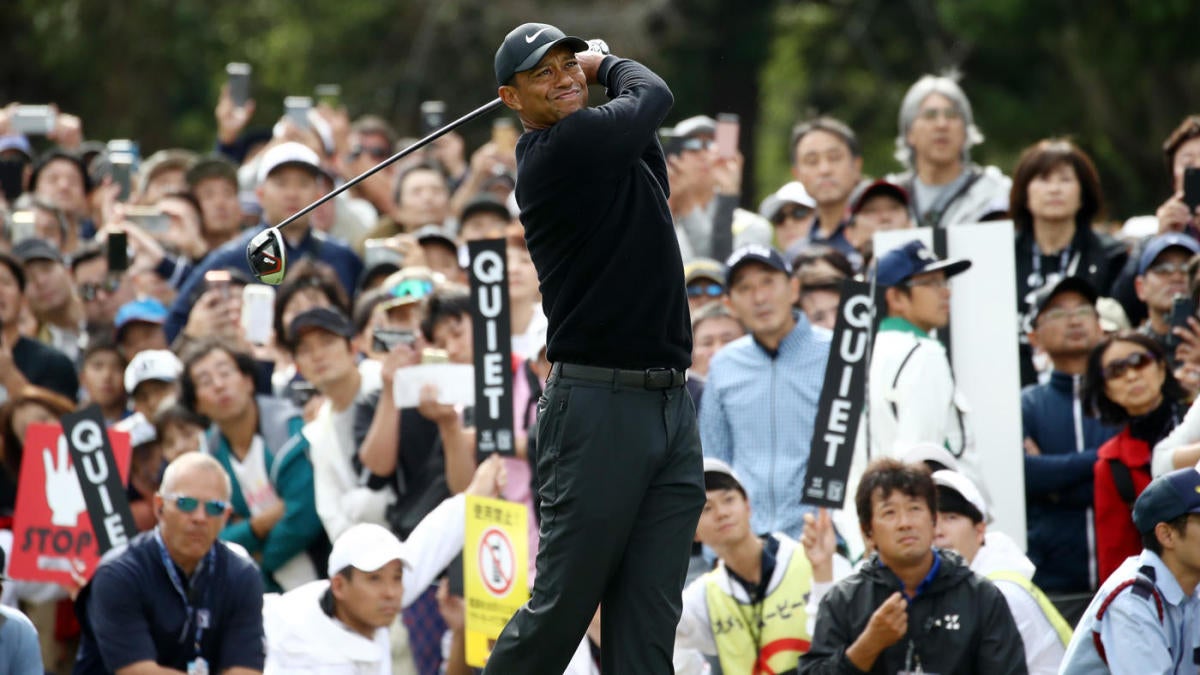 INZAI CITY, Japan (AP) — Tiger Woods was in strong early-season form after a slow start with a 6-under 64 in the first round of the Zozo Championship, the PGA Tour’s first tournament in Japan.

Teeing off the from the 10th hole, Woods got off to a shaky start on Thursday with three straight bogeys at the par-70 Accordia Golf Narashino Country Club.

“It’s always nice to get off to a quick start and figure it out from there,” Woods said. “The start I got off to wasn’t very good, I hit bad shot after bad shot…and the next thing you know, things aren’t looking so good.”

But the Masters champion quickly found his game, making birdies on four of his next six holes to get to 1-under, two strokes behind with nine holes to play.

“After the start, the ball striking was better, the putting was really good,” Woods said. “I was hitting a lot of good putts, the ball was rolling tight which was nice. “

Woods is making his first start in his 23rd season on the PGA Tour, needing one victory to reach 82 wins and tie the career record held by Sam Snead. He had arthroscopic surgery on his left knee two months ago — his fifth on the same problem spot.

He continued his strong form after the turn, carding three straight birdies from the par-3 third hole to move into a share of the lead at 4-under with Hideki Matsuyama and Gary Woodland.

Woods then took the sole lead with a long birdie putt on No. 7, another par-3. His tee shot on the final hole hit a tree and bounced back on to the fairway, a fortunate bounce that set up another birdie with a 194-yard approach shot that landed three-feet from the hole.

“The people here in Japan and have come out and supported this event,” Woods said. “It’s been a lot of fun to play in front of them again, I haven’t done it in a while. I’ve missed it. They’ve always been fantastic with golf and supported their golf here.”

The Zozo tournament is part of three tournaments that make up the PGA Tour’s Asia Swing, including the CJ Cup in South Korea won last week by Justin Thomas and the HSBC Champions in Shanghai next week.

Organizers said there were over 20,000 fans in attendance on the opening day.

Heavy rain from a storm over the Pacific Ocean is expected on Friday.