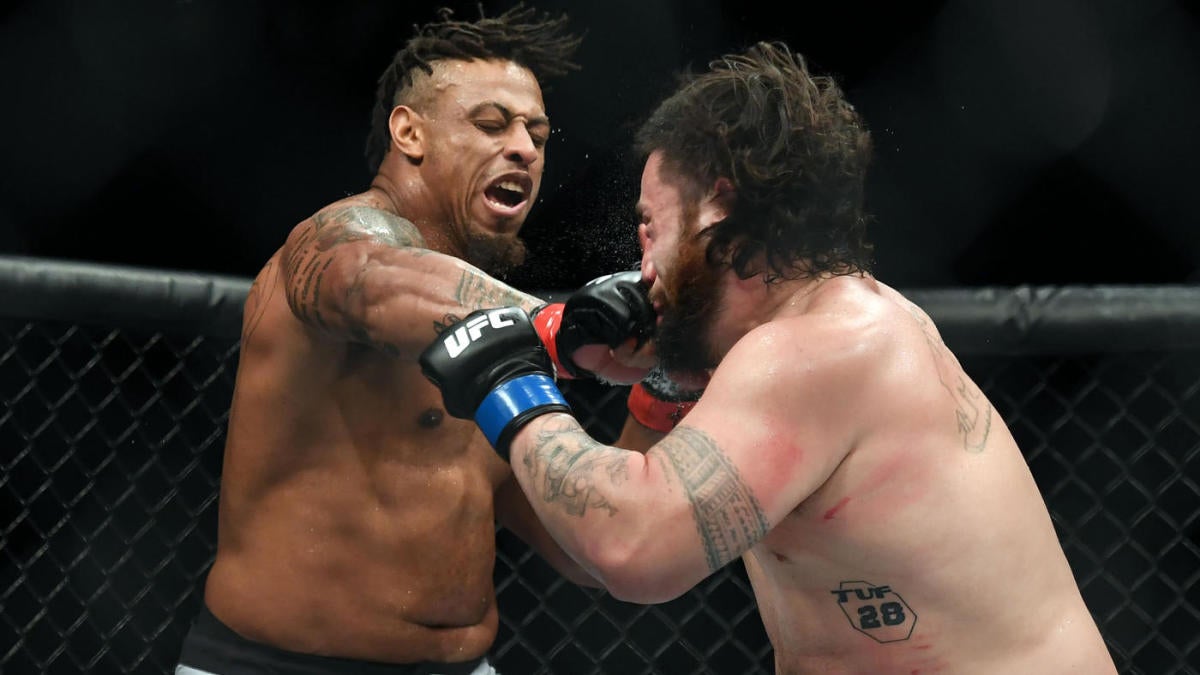 After Junior dos Santos was forced out of his Nov. 9 UFC Moscow main event fight with Alexander Volkov due to a bacterial infection which left the former UFC heavyweight champ hospitalized, UFC was sent scrambling for a heavyweight opponent to take the fight on late notice. Well, they found a big name in controversial former NFL star Greg Hardy.

ESPN’s Brett Okamoto first reported the change, noting it will be the step up in competition many have waited for from Hardy. Okamoto also stated the bout has been moved to the co-main event slot while Zabit Magomedsharipov vs. Calvin Kattar now becomes the main event at CSKA Arena in Moscow.

Hardy (5-1) has had four fights in the Octagon, rebounding from a disqualification loss in his debut to rattle off three consecutive wins over lower-tier opposition before fighting Ben Sosoli this past weekend at UFC Boston. Hardy was originally announced as winner by unanimous decision, but the victory was overturned to a no contest when Hardy used an inhaler between Rounds 2 and 3. He has been a controversial member of the UFC roster after multiple domestic violence allegations effectively ended his NFL career.

The slow build of his career has also been met with resistance from much of the MMA community for being given opponents who would otherwise not be called upon to compete in the Octagon. That will not be the case with Volkov, an experienced and dangerous heavyweight.

No. 8-ranked Volkov (30-7) is looking to rebound from his a setback in his most recent fight, a knockout loss in the closing seconds of a fight he was winning against Derrick Lewis in October 2018. The Russian had been on a six-fight winning streak prior to the defeat, and had been linked to a fight with Alistair Overeem in April but withdrew from the bout for undisclosed reasons.