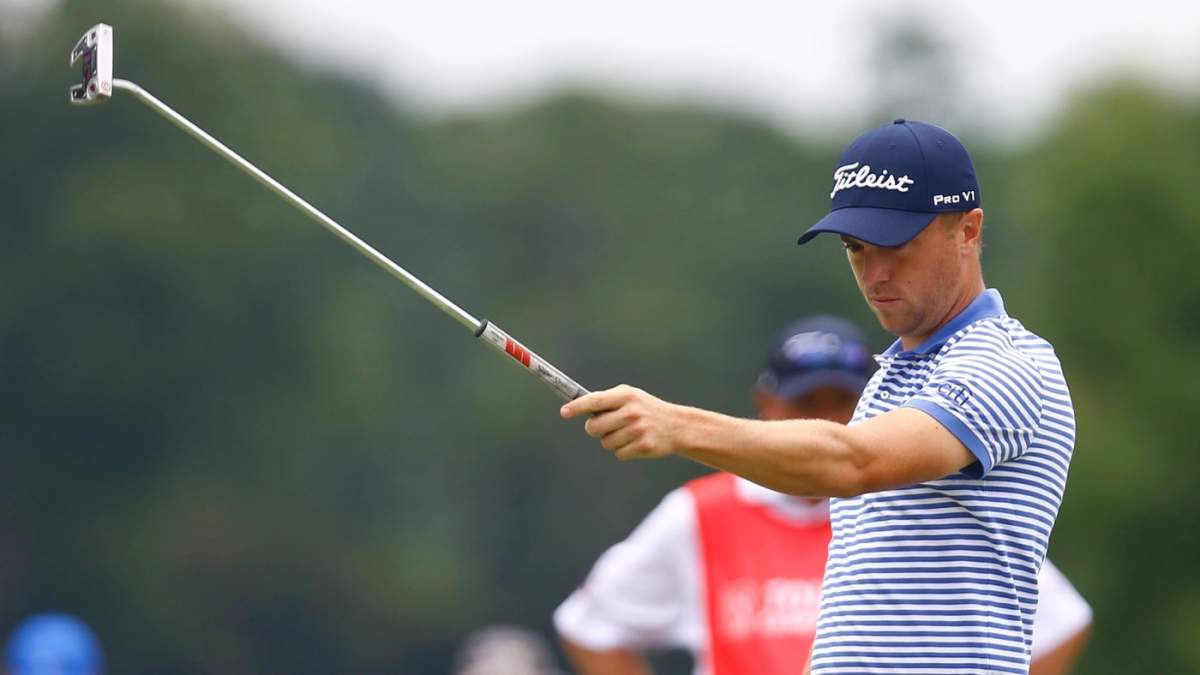 It happened right after his beloved Crimson Tide put away Tennessee in the early hours of Sunday morning so you may not have noticed, but Justin Thomas joined a mega-exclusive group with his 11th PGA Tour win at the CJ Cup over the weekend. Jason Day joined him in the winner’s circle at an exhibition in Japan, which was either a nice ending to the week or a nice beginning to the next depending on where you live.

We’ll take a look at all that and more in our First Cut this week.

PGA Tour winner: Justin Thomas (CJ Cup) — I’ve been hollering about this for a while, but J.T. might be generationally good. Certainly the statistics would back up that claim. He came into the CJ Cup with seven straight top 12s and now has two wins in his last four starts. It goes a lot deeper than that for me with the No. 4-ranked player in the world. Check out this insane stat from Justin Ray.

That includes the best player, probably two of the other top 25 players ever and then whatever Spieth and Thomas end up becoming. Locked-in J.T. going into 2020 is a fun thing to think about and yet another arrow in the field’s quiver as they try and knock Brooks Koepka off his throne.

Japan Skins winner: Jason Day — I mostly covered this here, but one thing Mark Immelman and I talked about on our podcast on Monday is who we would select if the FCC wasn’t involved and players could (and would) say whatever they wanted. Here were my picks.

Tweet of the week: After Justin Ray noted J.T.’s spot behind Tiger in terms of wins before age 27, Thomas responded and it was awesome.

“File that one away” files: When Rory McIlroy was asked about Brooks Koepka’s “not a rivalry” comment on Monday, he was diplomatic, even reserved. But I would imagine there’s a 100 percent chance we hear that phrase again at some point after McIlroy dusts him at a Ryder Cup or major in the future. Rory loves the long game as much as anybody.

Photo of the weekend: This one I discovered heading into the weekend was an absolute gem. It has it all.

Thing I’m thinking about: I can’t take credit for this — I originally saw it on Twitter somewhere but unfortunately can’t remember where — but the CJ CUP AT NINE BRIDGES last week and the ZOZO CHAMPIONSHIP this week represents part of the caps-lock slam. Other tournaments that are in all caps or partially in all caps.

I have no idea why these events are in all caps, but this five-event slam that only Thomas is eligible to grab after his CJ Cup (excuse me, CJ CUP) dominance on Sunday is amazing, and I can’t wait to see how it plays out.