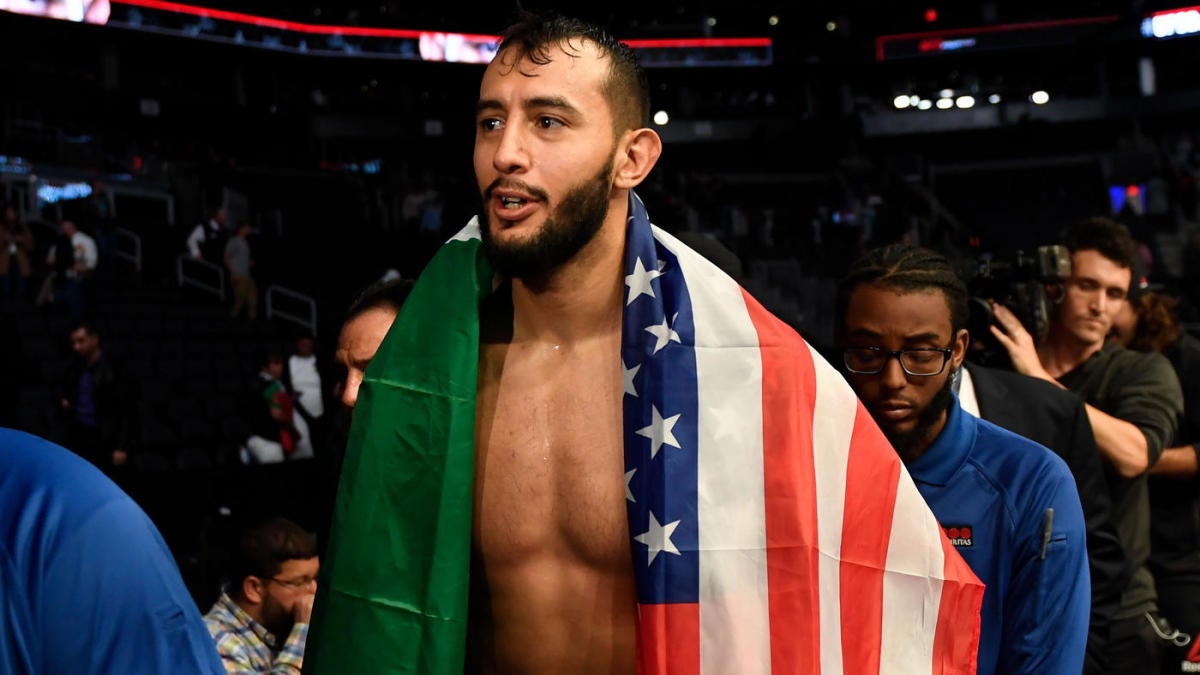 MMA, boxing, kickboxing and even bare knuckle fighting; the world will bring you any flavor of fistic fireworks your fight fan heart may desire on any given week. And we all love to see a good knockout, the most clear and dominant way to put away your opponent while leaving no doubt as to who the better fighter was in the ring or cage that day. So, CBS Sports is here to take you through a world tour of violence with a look at the most must-see knockouts from around the world this week in MMA and boxing.

Let’s head around the world to catch up on all the brutal punches, knees and kicks from the past weekend.

We start our tour last Friday in Boston where Chris Weidman attempted to move up from middleweight to light heavyweight to recapture the success that had made him a former champ at 185 pounds. Standing in his way, however, was the No. 4 ranked fighter at 205 pounds in undefeated Dominick Reyes. Weidman didn’t make it out of the opening round before tasting true light heavyweight power.

Next we hit up Philadelphia for arguably the most important fight of the weekend when two undefeated light heavyweight boxing champions met to determine the division’s top dog. Beterbiev was the brutal pressure fighting brawler looking to outwork the more clever, technical Gvozdyk. In the end, aggression won out and Beterbiev established himself as the gold standard at light heavyweight.

We wrap up our time in the United States in Tampa with BKFC 8 where former UFC stars Gabriel Gonzaga and Antonio “Bigfoot” Silva met in the main event. With only one win in his last 10 bouts in MMA, Silva was looking for success in a new venue, but it was not to be as Gonzaga scored a crushing knockout.

On the undercard of Crowley vs. Hussain from Ontario, Canada on UFC Fight Pass, undefeated boxer Lucas Badhi wasted no time blasting Victor Manuel Campos out in the very first round.

Future FC 9 went down in Sao Paulo, Brazil and it was too hard to pick just one knockout from the card. First, check out Jonas Bilharinho’s beautiful — and scary — flying knee knockout of Junior Duarte.

That bit of violence was, however, rivaled by Alan Gabriel destroying Lucas Fenomeno with a wild right hook and big follow-up shots.

We stay in Brazil for our next stop, this time traveling to Rio de Janeiro to check out Julia Polastri capturing the women’s strawweight title with a destruction of Jessica Delboni.

The Titan FC cage made its way to Santo Domingo, Dominican Republic on Saturday for Titan FC 57 where Micaias Urena dialed up a massive right hand to shut out the lights for Elias Faustin.

It was a good weekend for right hands, as seen at Berkut Young Eagles 10 in Rostov-On-Don, Russia when it was Sevak Arekalyan crushing Kamram Mamedov for the finish.

We stay in Russia, heading to Sochi to finish up our tour as former Olympic silver medalist in Greco-Roman wrestling Migran Arutyunyan was caught with a beautiful kick from Zhasulan Akimzhanov.