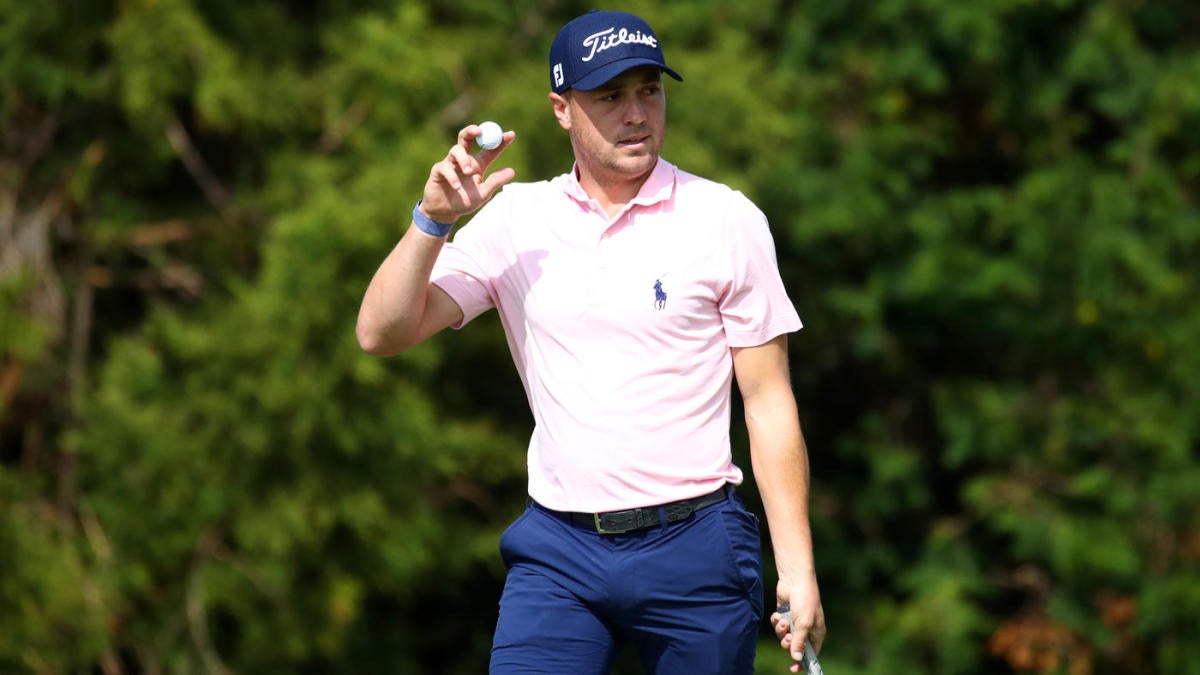 Thomas and Lee made it mostly a two-man show Sunday at the CJ Cup at Nine Bridges. They entered the final round tied and stayed that way through the front nine.

Thomas birdied the 14th to take one-stroke lead, then went up by two when Lee bogeyed the 15th after missing a 10-foot par putt and Thomas made a two-footer for par. After going from greenside bunker to bunker on the 16th, Lee bogeyed again and fell three behind. But Thomas bogeyed the 17th after his 12-footer for par lipped out, reducing the deficit to two strokes.

On Saturday, Thomas had a three-stroke lead heading into the 18th ahead of a three-shot swing when Thomas bogeyed and Lee made a long eagle putt. On Sunday, there were no such late miracles for Lee: Thomas and Lee both birdied the 18th, with Lee lipping out on his eagle putt to finish with a 69.

“It was a very, very tough day,” Thomas said. “Danny made it extremely difficult. He really made a lot of putts, a lot of unbelievable up and downs to kind of keep me from getting all the momentum.”

“Just a couple holes that were letting me down with the driver on the back nine,” Lee said. “A couple tee shots that you cannot hit it in that bunkers on the left and I did, so struggling to make par from there when Justin had a couple birdie looks.”

On the eagle putt on 18, Lee said: “Pretty close. I wasn’t going to leave that short. It looked so good for so long. Had a little too much speed to go in, but I gave it a really good run.”

Lee has had to deal with some family issues on the weekend — following the third round he said his second child was born prematurely. Lee’s wife Yoomi was scheduled to deliver their child closer to the Christmas holidays. The baby is currently in an incubator.

Lee told the PGA Tour website that he planned to keep the matter private until after the event but responded to a question about whether he and his wife had plans to celebrate should he win the event.

“I was not going to talk about this until the end of the event,” said Lee.

Hideki Matsuyama (65), last year’s runner-up Gary Woodland (66) and Australian Cameron Smith (69) finished tied for third, five behind Thomas. Jordan Spieth closed with a 71 and was tied with four others at 12-under.

Phil Mickelson finished with a 68 and Jason Day with a 71, both at 7-under.

The PGA Tour’s second of three weeks in Asia continues next week at the Zozo Championship in Japan — which will feature Tiger Woods — and ending with the World Golf Championship event in Shanghai.