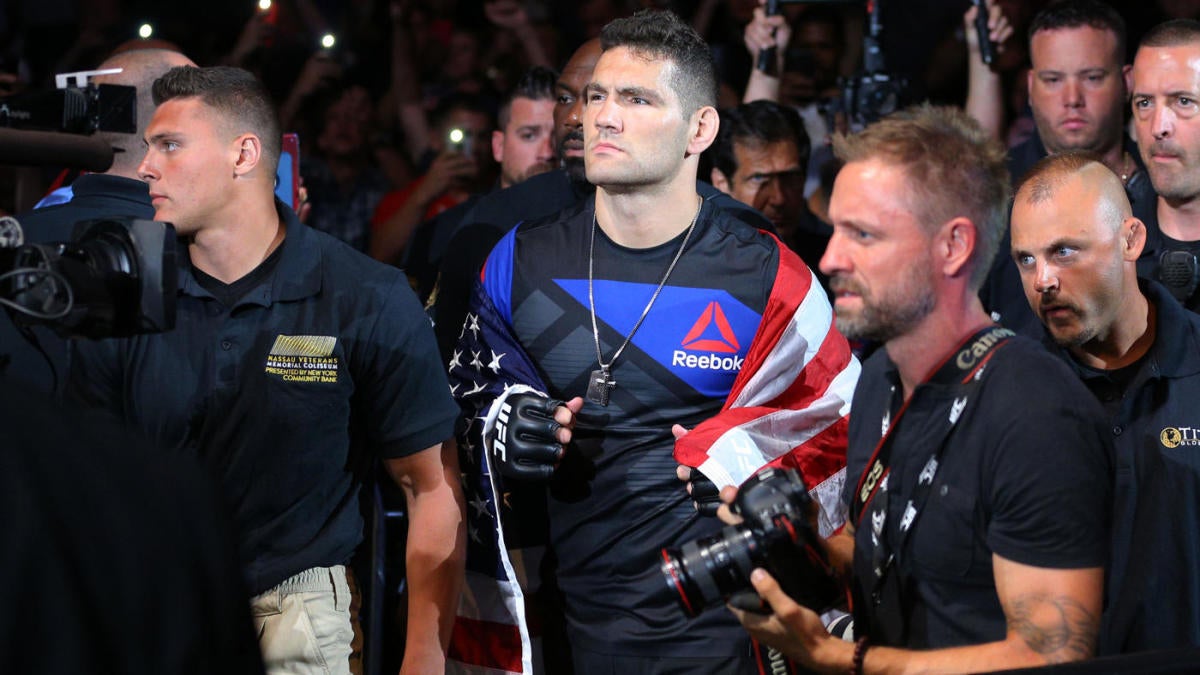 It’s time to find out what the future holds for former champion Chris Weidman. The man known best for ending Anderson Silva’s run as a dominant champion at middleweight will make the move up to light heavyweight on Friday in his debut at 205 pounds against a top contender in Dominick Reyes as the main event of UFC on ESPN 6 from TD Garden in Boston.

Weidman’s run as champion ended after Luke Rockhold knocked him out in 2015 and things have not gotten been from there. A 1-3 record with all three losses coming by way of vicious knockout have Weidman looking for a restart at 205 pounds, but is entering at the deep end of the division against somebody as dangerous as Reyes.

Reyes (11-0) has risen through the light heavyweight ranks to claim the No. 4 spot in the CBS Sports divisional rankings. His most recent fight was the biggest win of his career, scoring a controversial split-decision win over former title challenger Volkan Oezdemir. Reyes has shown big power in his career, scoring six knockouts in his 11 career wins including a brilliant finish of Jared Cannonier that looks more impressive as Cannonier establishes himself as a force in the middleweight division.

The co-main event also features a much anticipated rematch as Yair Rodriguez and Jeremy Stephens look to settle the score from a month ago. Their first meeting headlined UFC Mexico City and ended just 15 seconds in after an accidental eye poke by Rodriguez. The animosity between the two has gotten so hot that Stephens has borrowed a line from Mike Tyson this week saying “if he don’t die, it don’t count.”

Plus, heavyweight Greg Hardy is back in action after scoring a violent and quick TKO win over Juan Adams in July when he takes on the “Combat Wombat” Ben Sosoli. Another prospect in action will be 21-year-old phenom Maycee Barber as she battles Gillian Robertson.

Here’s the fight card for UFC on ESPN 6 with the latest odds from MGM.

Dominick Reyes vs. Chris Weidman: Weidman is taking a massive risk in moving up to light heavyweight in an attempt to inject new life into his career. He’s also not taking an easy fight to adjust to the much bigger men whom he’s used to facing in the Octagon. Reyes is a legitimate rising contender with the ability to finish fights. Weidman has elite skills when his game is clicking, but it’s hard to look at four knockout losses in his five most recent fights and not see a pattern we’ve seen with fighters throughout combat sports history. Jumping up in weight isn’t the cure for those ills. Pick: Reyes via TKO1