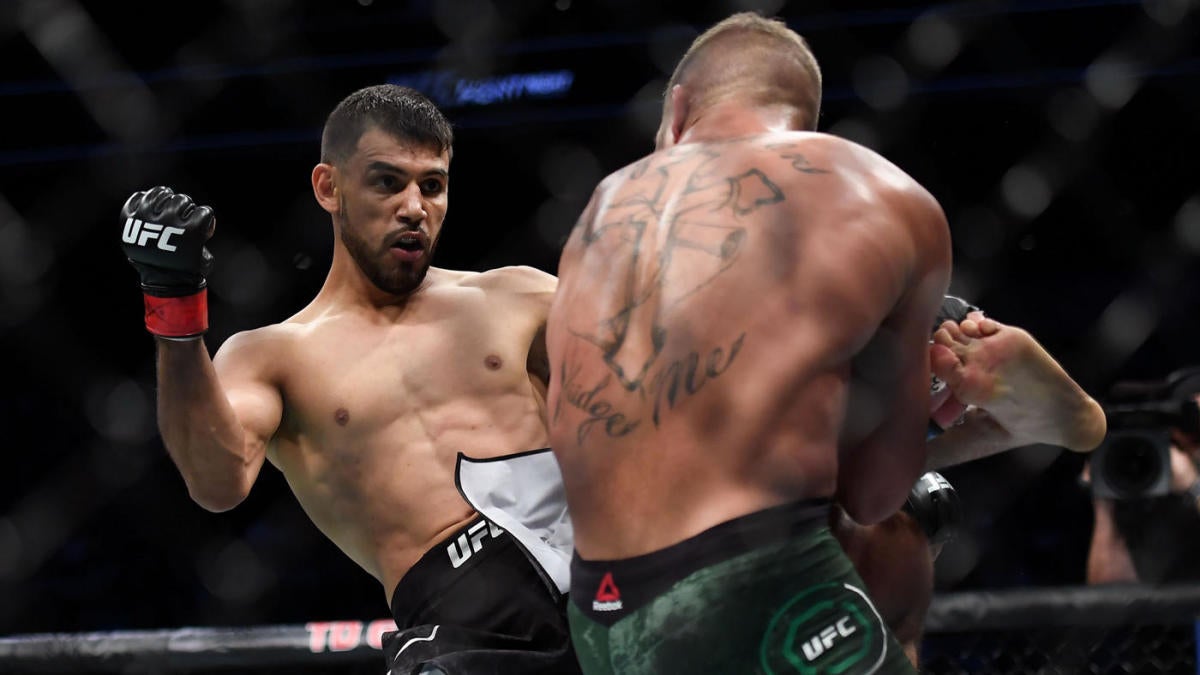 Nearly four weeks after their UFC Fight Night main event was ruled a no contest after just 15 seconds, Yair Rodriguez and Jeremy Stephens delivered Saturday upon the level of excitement and violence that was originally promised.

Despite the bad blood between them after an accidental eye poke left Stephens unable to continue in Mexico City on Sept. 21, their three-round co-main event at TD Garden in Boston concluded with both embracing and the crowd on its feet after a fight-of-the-year candidate.

It was Rodriguez (12-1, 1 NC) was able to get his hand raised after setting a hectic pace early and nearly finishing Stephens (28-17, 1 NC) in Round 2 en route to a unanimous decision win. All three judges scored the bout 29-28.

“I feel great,” Rodriguez said. “I think I have to keep on working on my wrestling and takedown defense. Thank you to Jeremy Stephens. This is just business.”

Fans were conditioned to expect the unexpected, once again, when 27-year-old Rodriguez landed a flying kick to the face in the opening seconds of the fight. After edging Stephens in the opening round and dropping him late with a counter jab, the flashy Mexican striker landed a vicious left kick to the body that nearly ended the fight one round later.

Stephens, 33, was forced to show an insane level of toughness after the kick folded him in half. Rodriguez pounced and appeared on the verge of a stoppage for the 60 seconds that followed — including two choke attempts from Rodriguez — until Stephens was able to persevere and work back to his feet.

In what will go down as quite possibly the wildest MMA round of 2019, Stephens scored a late takedown and popped the crowd by pouring on strikes from top position until the end of the round.

“I was kind of compromised because I was down most of the [end of the] round but I never felt in danger,” Rodriguez said. “I was just trying to be careful because I knew I was winning so I just stayed safe and tried to fight.”

Stephens refused to touch gloves to open the final round — a reminder of the ill will between them, which included a skirmish in the hotel the morning after their aborted meeting in Mexico. He also controlled the majority of the final round with big strikes and a pair of late takedowns but was unable to rally for the finish.

Rodriguez improved to 10-1 (1 NC) since 2012 with the win. Stephens remains winless in his last four outings, which all came against elite competition.