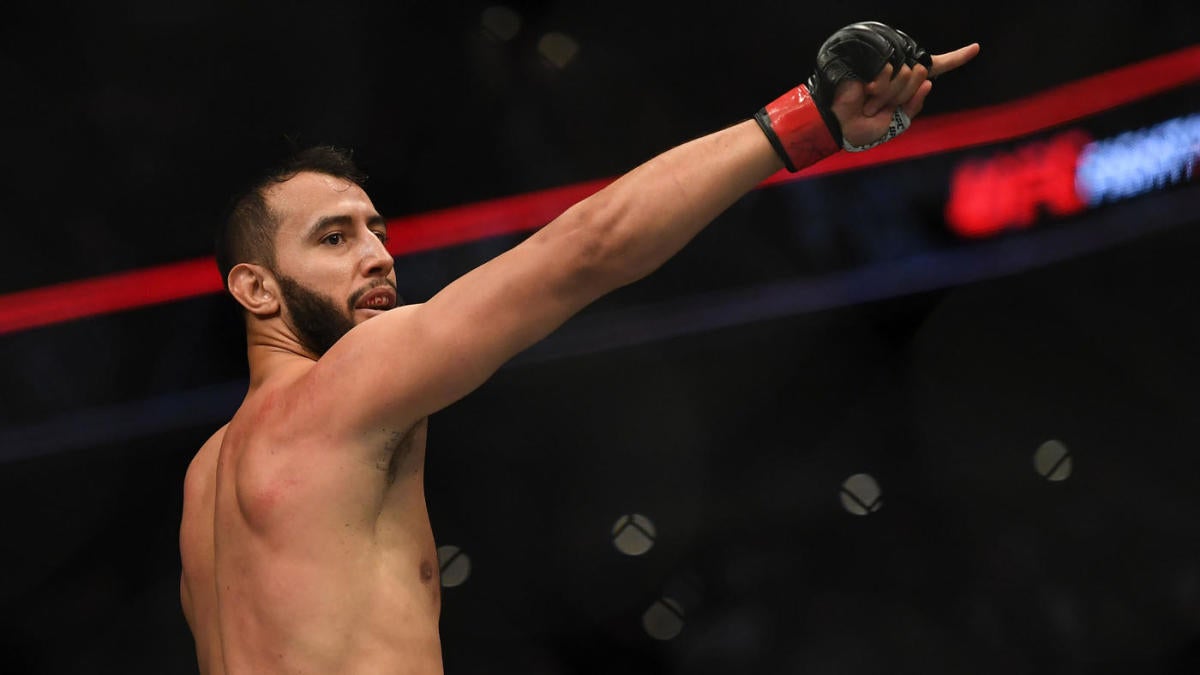 After a 1-4 run in his last four fights at middleweight, former UFC 185-pound champ Chris Wedman made the decision to jump to light heavyweight in an attempt to give his career a shot in the arm. In the main event of UFC on ESPN 6, Weidman faced a top contender at 205 pounds in Dominick Reyes, an undefeated rising star in the division.

Weidman (14-5) came out looking to use his wrestling to put Reyes in positions he’d not had to face previously in his young Octagon career, but it didn’t take long for the No. 4 ranked fighter in the CBS Sports UFC divisional rankings to land a shot to drop Weidman with a hard left hand. Once Weidman was on the ground, Reyes (12-0) wasted no time landing hard shots and forcing referee Herb Dean to jump in and stop the fight at the 1:43 mark of Round 1.

“It’s the game we play,” Weidman said following the defeat. “I’ll be back better.”

Weidman has now been stopped by knockout in five of his six most recent fights while Reyes continues to make his mark in the light heavyweight division as a potential challenger to Jon Jones’ dominant reign over the division.

Reyes was quick to call out division king Jones following his loss, claiming the fight against the former middleweight champ was exactly what he wanted.

“I was out there having fun and feeling loose,” Reyes said. “It was everything I imagined it would be. I was so honored fighting Chris. His loss was my gain.”

Weidman is now 1-5 in his last six fights with all five losses coming by way of knockout or TKO. UFC president Dana White said after the fight he wants to discuss with Weidman and his team whether or not it’s time to hang up his gloves.

CBS Sports was with you with results throughout the main card action on Friday in Boston. If you are having trouble viewing the page, please click here.