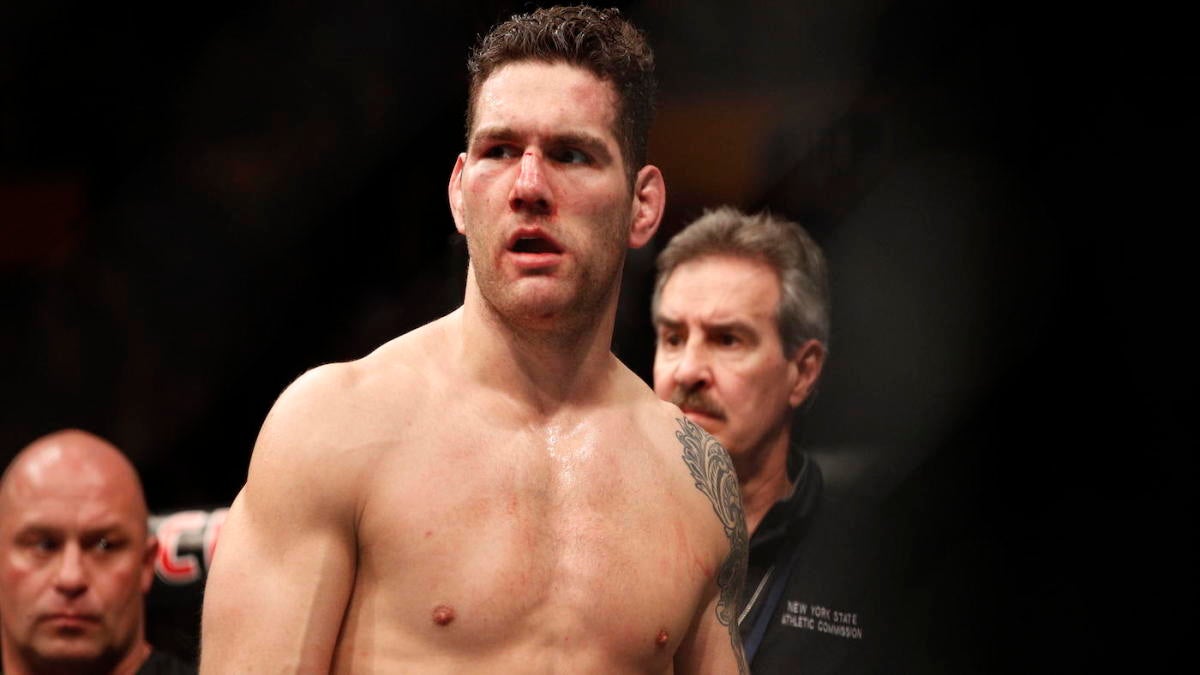 Chris Weidman has already taken out the greatest of all time in one division, winning the UFC middleweight championship from Anderson Silva in July 2013. Now, as he moves up in weight, he already has his eyes on a potential fight with the greatest to ever fight at 205 pounds: Jon Jones. Weidman also sees an unflattering similarity between Silva and Jones: a tarnished legacy due to failed drug tests.

“As far as [Jon Jones] being the GOAT, if you look at his record and who he’s beaten and how he’s done it? Yeah, he’s the GOAT,” Weidman said at media day for UFC Boston. “But then you look and put the drug testing stuff out there, and I’ll be honest, I’m just a casual fan when it came to everything that he did and failed. I didn’t read into it like crazy and know really everything behind it, the picograms and all that crap. I haven’t investigated it 100 percent, but at the end of the day, he’s failed multiple drug tests. I think any time that you do that, it puts an asterisk on your whole career. You have to say that.

“Same with Anderson Silva, he’s failed drug tests too for performance enhancers. I think that you have to put a question on the rest of their career. It’s like baseball, except this is way more of a devastating sport. We’re not just hitting balls over a fence, we’re trying to take each other out. Any time a guy fails a drug test, that’s a serious thing.”

Weidman takes on Dominick Reyes in the main event of UFC on ESPN 6 from Boston on Friday night. The fight is his light heavyweight debut after a 1-4 skid at middleweight with all four losses coming by knockout. He has repeatedly made comments about wanting to end Jones’ reign as light heavyweight champ, but he has heavy lifting to do in the form of Reyes, who is ranked No. 4 in the CBS Sports UFC divisonal rankings.

Jones’ history of drug test issues dates to UFC 182 when he tested positive for cocaine metabolites prior to his fight with Daniel Cormier, though the test did not result in the fight being canceled. More serious was a July 2016 failed drug test for hormone modulators ahead of a planned UFC 200 rematch with Cormier. And then a failed test for anabolic steroids in August 2017.

Silva’s drug test failure came in his first bout following back-to-back losses to Weidman. The Brazilian star tested positive for anabolic steroids and his January 2015 win over Nick Diaz was overturned to a no contest.