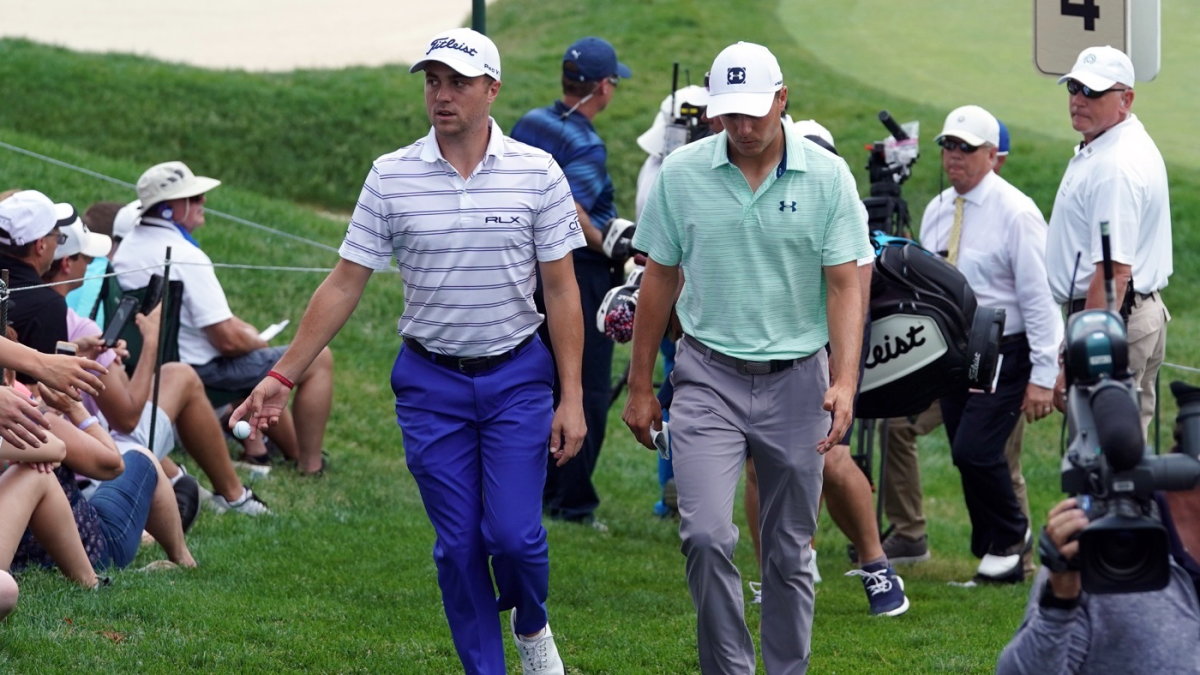 I don’t know if the broader narrative has flipped yet, but it will at some point, and it will sound harsh when it does. So think of this as a pre-warning for when that happens. Justin Thomas is better at golf than Jordan Spieth, and the 2019-20 PGA Tour season might be when it first clicks with everybody that this is true.

What I’m not saying here is that he’s more accomplished. He’s not. Spieth has three majors and is a PGA Championship away from the grand slam. He’s been more prodigious from a younger age than Thomas, but the trajectories have changed. Even though Spieth currently has more wins than Thomas, both have won at around a 7.5 percent clip over the course of their careers, and Thomas has been surging of while Spieth remains scuffling. The former got the latter by 2.2 strokes gained tee to green last season. That’s a canyon in golf terms.

It’s not difficult to envision Thomas catching him in wins at some point this season (possibly even this week at the CJ Cup at Nine Bridges, where J.T. leads after two rounds) with the majors potentially coming later on. Ultimately they will be judged on those majors — where Spieth has had far more success — but the reality that Thomas is actually better has arrived and that he will at some point become more decorated overall is officially in play.

This might not seem that preposterous now, but think about how ludicrous it would have sounded in the summer of 2015. Thomas was barely ranked inside the top 100 in the world, and Spieth was the toast of the sport with back-to-back major wins at the Masters and U.S. Open. The odds you could have gotten on Thomas catching him as a player or on his resume back then would have been preposterous.

And this has always been one of the things that has most intrigued me about J.T. It couldn’t have been easy to watch somebody you know you’re as good as or better than do what Spieth did. It would have been easy to eject emotionally or mentally, but Thomas stayed the course. He grinded, and then he caught him. Maybe that seems straightforward now, but I doubt the journey was without bumps.

That course this week has led to South Korea where — surprise! — Thomas leads Spieth by four after a second-round 63 on Friday at the CJ Cup. If he wins it would be win No. 11, which would tie Spieth on the PGA Tour. That he leads is not a surprise either. Thomas has finished in the top 12 in seven consecutive tournaments, including a majestic BMW Championship win in August.

“I think for the most part it’s not like you’re really coming off an off time,” Thomas said. “We don’t really have an offseason — this year being the most we’ve had — but I’ve really worked hard at home. I feel like I haven’t used the time off maybe the best I could in the past and I didn’t want to let that happen, especially a place like this that I feel comfortable and I want to make sure I take advantage.”

J.T. hasn’t been outside the top 10 in the world since winning the PGA Championship in August 2017. Spieth hasn’t been inside of it in a year. The tide has shifted here. Maybe it goes back, but also maybe not.

Either way, I wouldn’t be surprised. It’s beyond debate about who the better golfer is right now, and the question about who it will be in the future is (and has been) in play. The best part? We get two hungry studs in their primes looking to become all-time greats. And it’s not even the best potential rivalry in the sport.