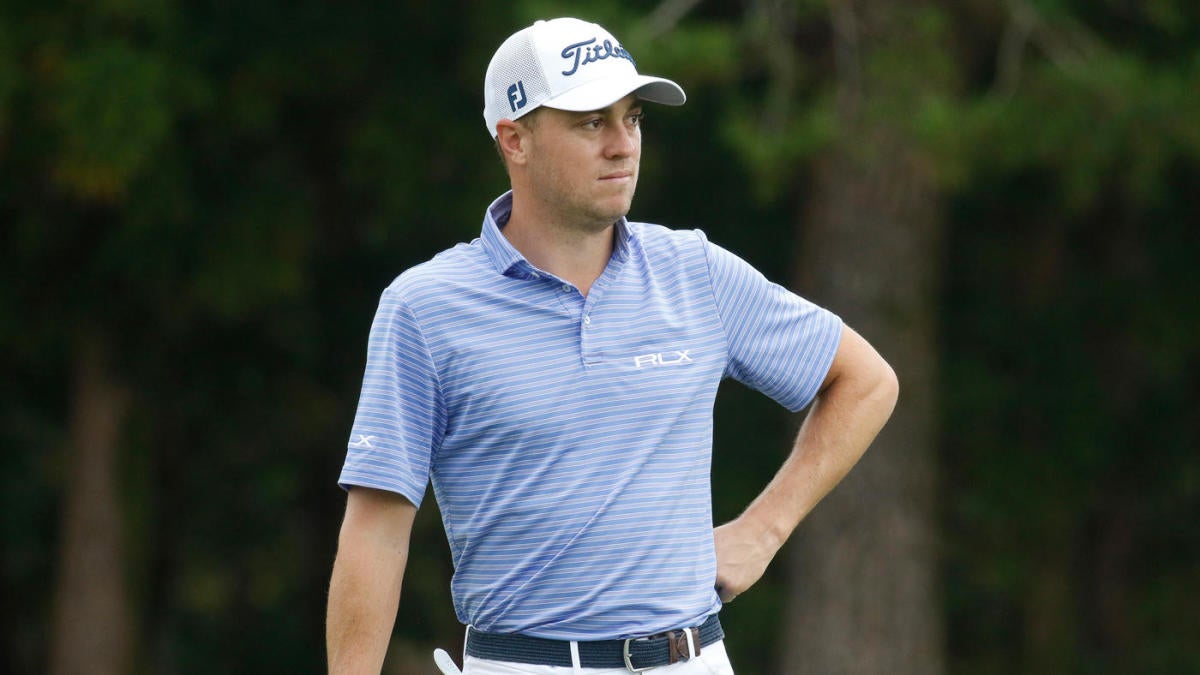 JEJU ISLAND, South Korea (AP) — Justin Thomas shot a 9-under 63 Friday to take a two-stroke lead at the CJ Cup, putting himself in position to win his second PGA Tour event in South Korea in three years.

South Korean-born New Zealander Danny Lee (66) was in a tie for second place with first-round leader Byeong Hun An (69).

Thomas birdied his first four holes and was 6 under after 10.

“I didn’t do anything unbelievably, it was just was a very stress-free day,” Thomas said. “Obviously playing well, that makes it stress free, but I just kind of kept the ball in play off the tee, hit some good irons. So it just was a very easy 63, if you can somehow say that, but hopefully we’ll be able to keep some of that going for the weekend.”

An had his parents among the gallery on Friday.

“It’s definitely nice to have them but I definitely have more people here in Korea watching me,” An said. This atmosphere is something you cannot feel in the U.S. because there are a lot of Koreans here. It’s nice to play in front of them and I feel a lot of support, so it’s been helping definitely.”

Jordan Spieth (65) and Emiliano Grillo (66) were tied for fourth, four strokes behind.

“It’s been seven weeks since I’ve played a tournament round. I’m obviously very pleased,” Spieth said. “I thought the idea was to get some reps on the golf course in tournament play with what I’ve been working on over the last couple weeks and day to day it felt a little more comfortable.

“I rolled in a lot of putts today, and certainly don’t want to have to rely on that over the weekend. That was one of the better putting rounds I can remember having.”

Lee said he had a “positive” round.

“It got windy at the end, the last five holes, but my ball-striking has been really nice, and I and made some putts,” Lee said. “Unfortunately I bogeyed the last hole.”

After a 66 on Thursday, Jason Day bogeyed four of his last six holes Friday for a 73 and was eight strokes behind.

Last year’s runner-up Gary Woodland had a second straight 71 and was 11 behind at 2-under alongside Phil Mickelson, who shot 72. Defending champion Brooks Koepka had four bogeys on his first nine for a 75 and was 13 strokes behind.

Mickelson had the shot of the day, hitting a 353-yard tee shot which hit the flag on the par-4 14th, stopping 8 inches from the cup. That set up a tap-in eagle.

There are 78 players in the no-cut, limited-field event. It’s the first of three PGA Tour events in Asia, continuing next week at the Zozo Championship in Japan — which includes Tiger Woods — and ending with the World Golf Championship event in Shanghai.