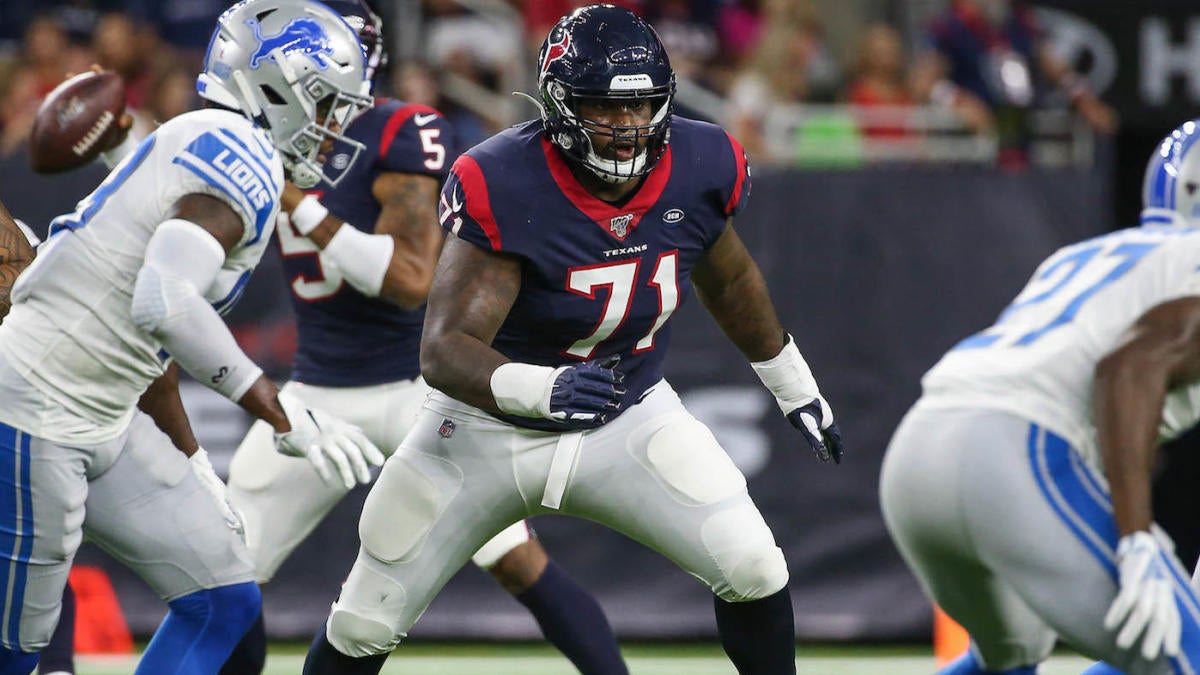 The Texans are fresh off their 31-24 statement win over the Chiefs at Arrowhead in Week 6, but they didn’t come out of this game totally clean. In the midst of that victory, starting right tackle Tytus Howard suffered a knee injury that knocked him out of the game and now we’re getting some more clarity on its severity. Aaron Wilson of the Houston Chronicle was first to report that the first round rookie suffered a partially torn MCL in that left knee. The good news is that it’s not an ACL tear, he should be able to avoid surgery and should be able to return this season. That said, Howard will miss several weeks, per Ian Rapoport of the NFL Network.

While it’s not nuclear, this is a particularly tough blow for a Texans offensive line that was just getting hot. Quarterback Deshaun Watson had a clean pocket all afternoon in their win over Kansas City and wasn’t sacked once. That was the second straight week that the Texans didn’t allow a sack, which is leaps and bounds ahead of where they were to start the season with Watson seemingly under siege every time he dropped back.

The Texans are now 8-1 overall when Watson is sacked two times or fewer in a game. In his career, Waston has completed 77.8% of his passes, averaging 315 passing yards per game, with 11 touchdowns and just two interceptions when he is not sacked in a single game.

Now, they’ll try to keep that level of production intact as Roderick Johnson is set to replaced the injured Howard.