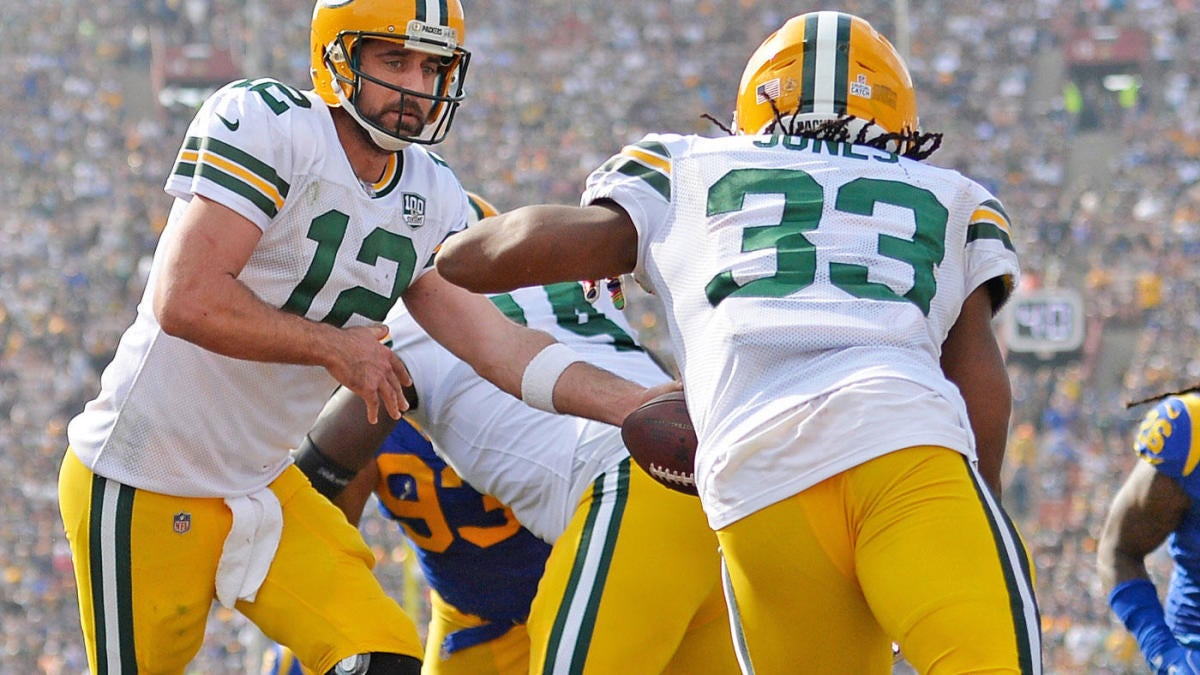 The Packers will try to build on a huge victory and end a tough run against their NFC North rivals when Green Bay hosts the Detroit Lions on Monday Night Football. It’s the final game of the Week 6 NFL schedule. Running back Aaron Jones did it all in an impressive 34-24 victory against the Cowboys eight days ago, and Aaron Rodgers is still calling the shots for Green Bay, which leads the series 100-72-7. The Lions come off their bye week after their first loss, as the Chiefs rallied for a 34-30 victory in Detroit’s last game. Kickoff from Lambeau Field is set for 8:15 p.m. ET. Green Bay is a 3.5-point favorite, down sharply from an open of six, while the Over-Under for total points scored is 45.5 in the latest Packers vs. Lions odds. Before you lock in your Lions vs. Packers picks, you need to see the NFL predictions from the SportsLine Projection Model.

Now, it has broken down Lions vs. Packers. We can tell you it’s leaning under, and it has generated an against the spread pick that cashes in over 50 percent of simulations. The picks are only available at SportsLine.

The model knows the Packers got a big boost from Jones’ performance against the Cowboys, when he rushed for 107 yards and four touchdowns and added seven catches for 75 yards. His emergence could take the pressure off quarterback Aaron Rodgers, who has passed for 1,307 yards and six touchdowns with just one interception. In the absence of top receiver Davante Adams, who will sit out Monday Night Football with a toe injury, Rodgers completed passes to nine different receivers against Dallas.

The Packers rank 22nd in total defense, but they have been opportunistic, posting 15 sacks and a plus-seven turnover margin. Their seven interceptions have already matched their total for last season. Linebacker Preston Smith is third in the league with 5.5 sacks and has a pick, while Za’Darius Smith is tied for sixth with five sacks.

But just because Green Bay appears to have found balance on offense doesn’t mean it will cover the Packers vs. Lions spread on Monday Night Football.

The Lions have won four straight in the series, but Rodgers missed both games in 2017 with a broken clavicle and was knocked out early with a concussion in the season-finale last year. Rodgers is 13-5 in his career against the Lions, with 4,526 yards and 37 touchdown passes against just six interceptions. Rodgers also has history on his side, as the favorite is 19-7 against the spread in the last 26 meetings between these teams.

The Packers’ defense has talent all over the field, with Blake Martinez ranking third in the NFL with 55 tackles entering Week 6. Preston Smith is third in sacks with 5.5, while Za’Darius Smith is tied for sixth with five. The Packers had three sacks and three interceptions last week and boast a strong plus-seven turnover differential.