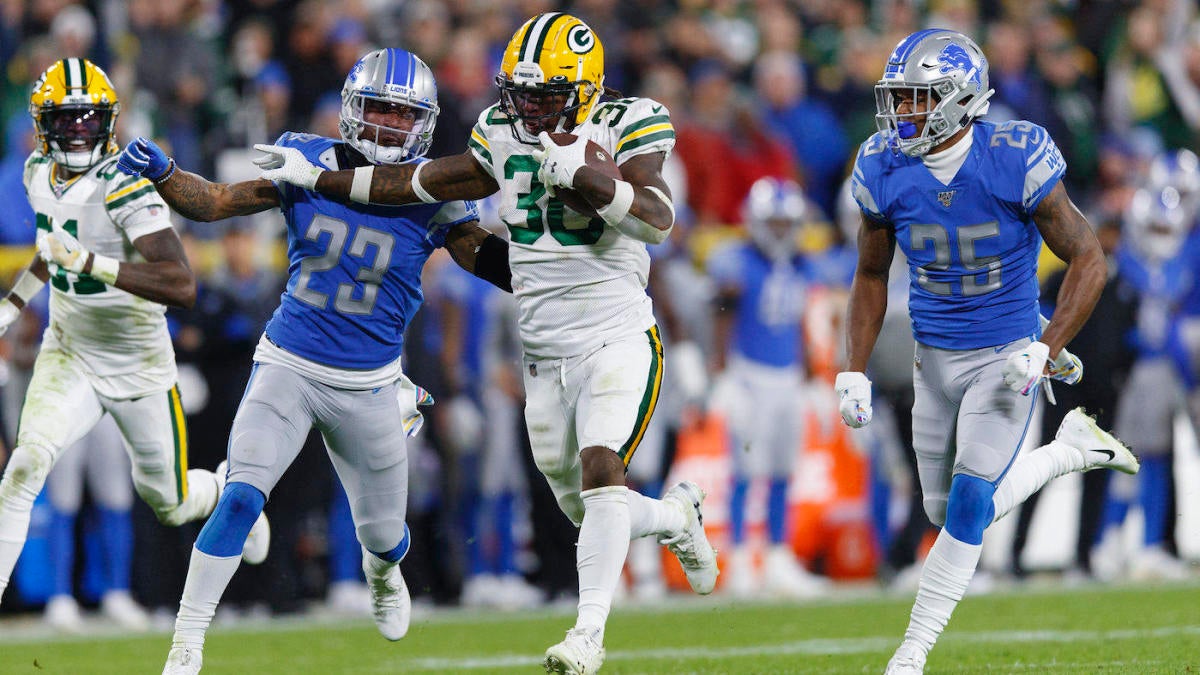 Green Bay Packers fans are pretty ecstatic with the 23-22 comeback victory they earned over the divisional rival Detroit Lions on Monday night, but there’s one Packers fan who is absolutely heartbroken.

SportsLine pointed out that a bettor at PointsBet Sportsbook had a five-leg parlay, and just needed the Packers to cover four points to win $48,600. What makes the Packers’ one-point win even worse is that there was a point where it looked like the anonymous bettor was about to cash in big.

After Aaron Rodgers failed to hook up with wide receiver Jake Kumerow on third-and-4, it looked like Mason Crosby would be brought on to kick the game-winning field goal. There was some laundry on the field, however, with an illegal use of hands penalty called on Lions defensive end Trey Flowers, which resulted in a fresh set of downs for the Packers.

On first down at the Lions’ 11-yard line, the Packers handed the ball off to running back Jamaal Williams, who had a clear path to the end zone. The Lions knew that they had to let the Packers score if they wanted a chance to win the game, and with the clock in mind, Williams made the split-second decision to fall down just short of the end zone.

From there, Rodgers kneeled down twice and on came Crosby to kick the game-winning field goal.

This bettor came just three short yards away from nearly a $50,000 payout — a play the Lions defense wanted to happen! An absolutely brutal beat for this bettor, and for everyone who had the Packers favored by multiple points.

Another touchdown would have just put a cherry on top of the impressive performance Williams had. He led the Packers in rushing with 104 yards, and also recorded four catches for 32 yards and a touchdown. Only 3% of CBS Fantasy players were starting him, however.

Last week was all about his running mate, Aaron Jones, and his four rushing touchdowns, while Monday night was Williams’ time to shine. Unfortunately, for those with money on the Packers, he didn’t shine enough.