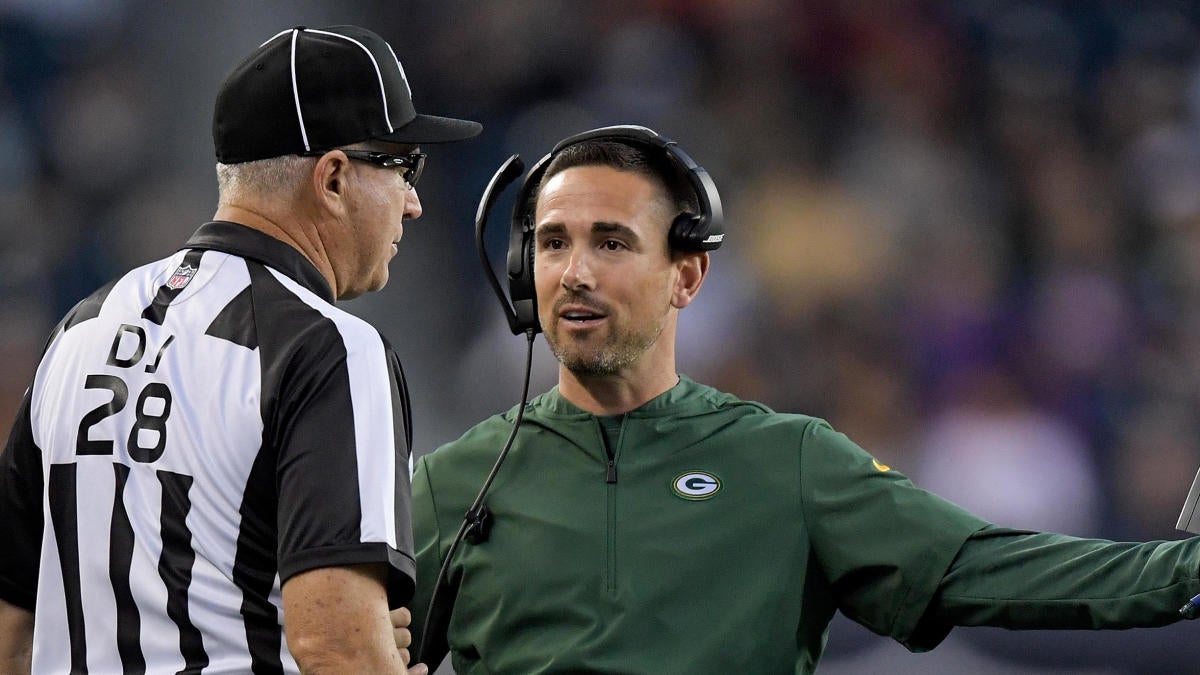 The Green Bay Packers edged the Detroit Lions on Monday night to advance to 5-1 and remain atop a crowded NFC North race, but the officiating of the Week 6 finale may have sparked more conversation than anything Aaron Rodgers or Mason Crosby did at Lambeau Field.

It’s never fair to fully blame refereeing for the outcome of a game. Take Monday night, for example. Had Detroit actually finished more of its offensive drives and built off early passing momentum from Matthew Stafford, the Lions might not have made kicker Matt Prater their unofficial MVP in a losing effort against the Packers. We all know touchdowns are better than field goals, and Matt Patricia’s club settled for a bunch of the latter, all while failing to establish any semblance of a ground game.

And yet to ignore the controversial calls littered throughout Monday night’s rivalry affair, particularly toward the conclusion of a Packers victory that sent Detroit all the way to the bottom of the North, would be to ignore one of the game’s biggest talking points.

Green Bay appeared to get away with some debatable penalties in the lead-up to its comeback, including an apparent pass interference on Lions wide receiver Marvin Jones that went uncalled.

No officiating decisions were more notable, however, than a pair of fourth-quarter hands-to-the-face calls against Lions pass rusher Trey Flowers. With Detroit up 22-20 and Rodgers attempting to mount a comeback with just minutes left in the game, the defensive end was flagged on a would-be drive-killing sack to set up an eventual Packers touchdown, then drew the same penalty on a play that all but sealed the Packers’ victory — all this despite never appearing to make contact with Green Bay left tackle David Bahktiari’s face, but rather hitting his shoulder pads.

Some camera angles even showed a Packers lineman — instead of Flowers — using hands to the face on the flagged plays.

Lions and NFL legend Barry Sanders, like many of the fans who expressed their displeasure with the questionable calls, voiced his displeasure on social media near the end of Monday night’s game.

Nothing will change the fact the Lions are now 2-2-1 and behind the other three teams in the NFC North after Monday’s loss. Nothing will change the fact the Packers are now primed for a return to the playoffs. But maybe, just maybe, the bright lights of another prime-time officiating controversy will prompt a response — if not action — from the league level regarding the refs that witnessed and influenced Monday’s critical result.