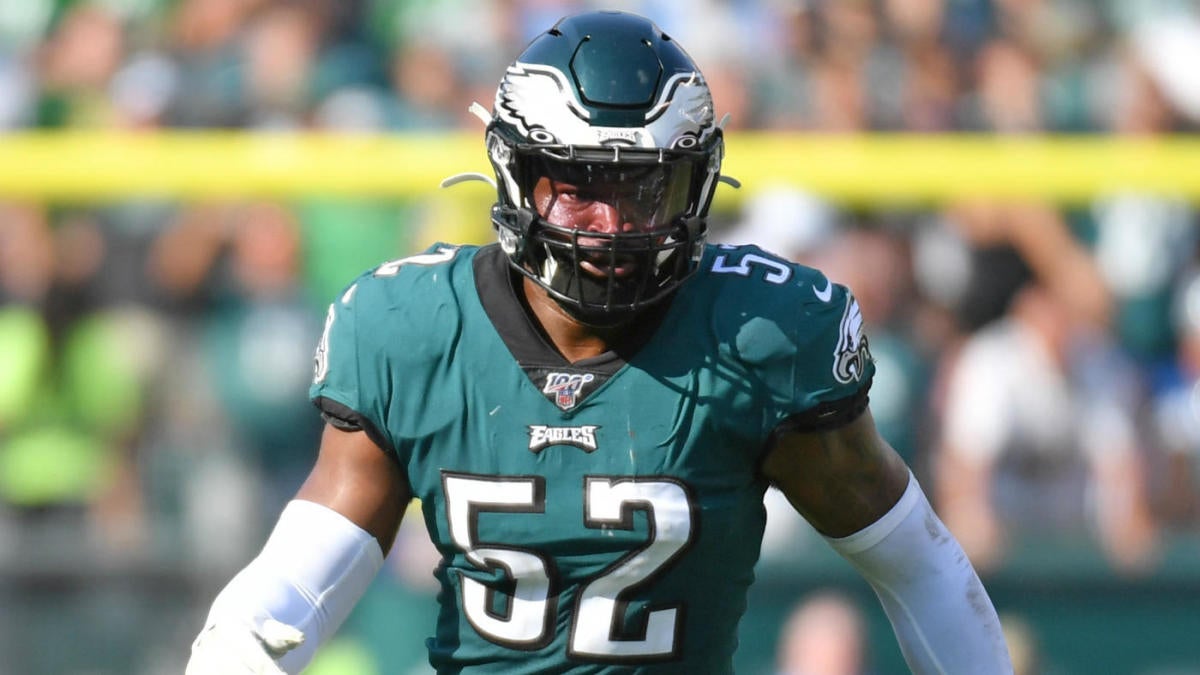 Following an embarrassing defensive performance in the 38-20 loss to the Minnesota Vikings, the Philadelphia Eagles have made the decision to release one of their veterans.

The Eagles announced they have released linebacker Zach Brown, who made five combined tackles on Sunday. Brown garnered considerable attention following his comments about quarterback Kirk Cousins leading up to the Week 6 matchup. Last Friday, Browns called out his ex-teammate with the Redskins, naming Cousins as the “weakest part” of the Vikings’ offense.

“Cousins, I think every defense is going to want that guy to throw the ball,” Brown said via ESPN’s Tim McManus. “For me, that’s probably the weakest part of their offense is him. Everything else is good. They’ve got a good running game, probably one of the best in the league. They’ve got real good receivers. You just want them to pass the ball. You want Kirk Cousins to get it in his hands.”

Cousins then proceeded to put up season-high numbers across the board, throwing for 333 yards, four touchdowns and one interception.

The Eagles signed Brown back in May after he was released by the Washington Redskins. In March of 2018, the Redskins signed Brown to a three-year, $24 million extension after he recorded 127 combined tackles and 2.5 sacks during the 2017 season. His numbers dropped a little bit in 2018, as he made just 96 combined tackles and one sack. Washington was looking to trade Brown, and there were several teams who expressed interest — but the Redskins just couldn’t come to terms on a deal.

Brown, who turns 30 later this month, is expected to draw interest on the open market, according to Schefter.

Here’s a look at some prospective landing spots for Brown.

Brown spent his first four NFL seasons with the Titans, where he developed into a sure tackler and defensive playmaker. In fact, during his rookie season, he recorded two interceptions against the Jacksonville Jaguars and returned both for touchdowns. Inside linebacker Jayon Brown left the Titans’ matchup against the Denver Broncos on Sunday after just a few plays with a groin injury. Rashaan Evans also was injured early on against the Broncos, but returned and recorded 10 combined tackles.

Behind those two starters, the Titans have Wesley Woodyard and Daren Bates, both older players. Since Brown found success in Tennessee early on in his career, a reunion could be possible.

Like the Eagles, the Chiefs were another team that had a horrible defensive outing last week against the Houston Texans. They blew a 17-3 first-quarter lead during their second loss of the season. Starting inside linebacker Anthony Hitchens missed the game with a groin injury, and the linebacking corps in general struggled to make tackles.

With Vontaze Burfict‘s season-long suspension being upheld, the Raiders could turn to another veteran in Brown to hold down the position. Justin Phillips got the start in Burfict’s place during the Raiders’ 24-21 win over the Chicago Bears in London, but he made just one tackle.

The Giants have one of the worst defenses in the league, and could benefit from adding a veteran like Brown. Alec Ogletree did post a season-high 12 tackles and a sack against the New England Patriots last Thursday night, but has missed two games already with a hamstring injury. New York should jump at the opportunity to add any pieces that could help this defensive unit immediately.