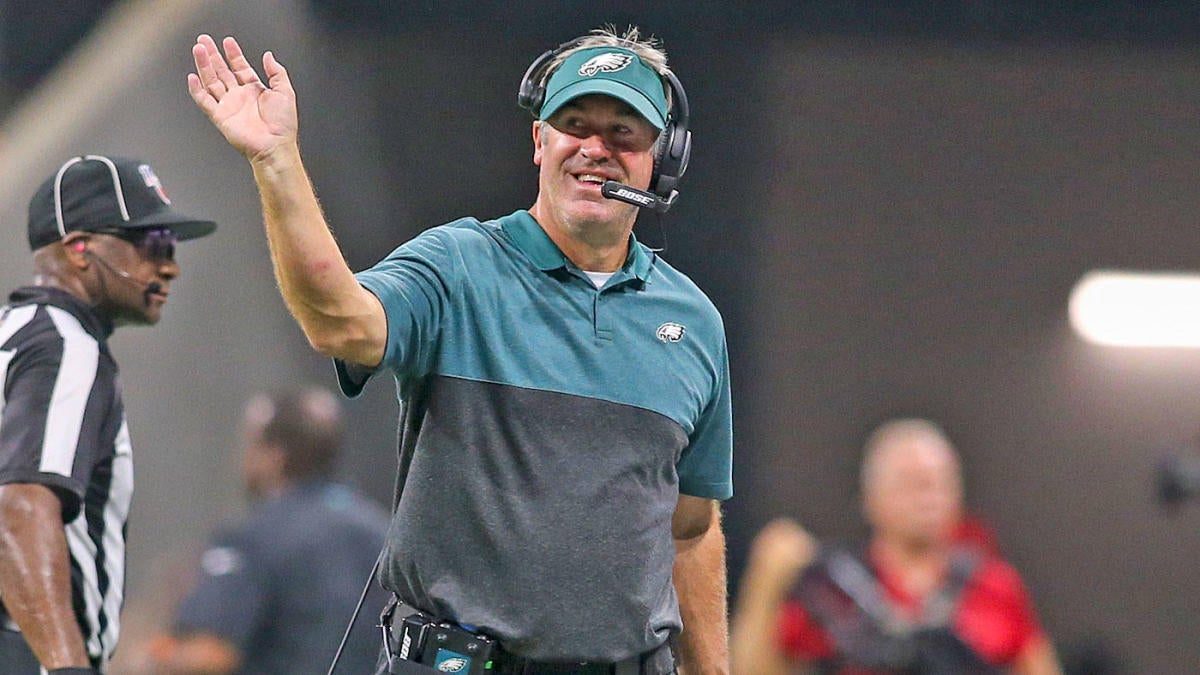 Philadelphia Eagles head coach Doug Pederson further elaborated on his comments Monday morning, guaranteeing the Eagles were going to beat the Dallas Cowboys Sunday. Pederson said he never “guaranteed” a win in his day after press conference, and “never would” do that.

His statement was a message to the Eagles, coming off their worst loss of the season to the Minnesota Vikings.

“Dallas is a great football team,” Pederson said. “They’re reeling like we are. They’re gonna come out and play hard. They beat us twice last year. We’ve got a lot of things stacked against us going down there. But as a head football coach, I’m going to show confidence in my football team.”

Pederson doesn’t regret the phrasing of the original comments either. The Eagles may have given the Cowboys bulletin board material, just one day after their worst loss of the season. Pederson isn’t worried if his statement will haunt the Eagles.

The winner of next week’s game will take over first place in the NFC East, as both the Eagles and the Cowboys have a 3-3 record. While both teams have reached a low point of their season, the NFC East is up for grabs — this is what prompted Pederson to say the Eagles are going to beat the Cowboys early Monday morning.

“I know the sky is falling outside. It’s falling and I get that and the fans are reeling just a little bit. We’re going down to Dallas, our guys are gonna be ready to play. And we’re gonna win that football game and when we do we’re in first place in the NFC East,” Pederson told SportsRadio WIP in his initial comments Monday morning. “We’re going to control our own destiny and be right where we need to be.

“Has it been perfect, beautiful and all that? No. All we got to do is try to be 1-0 this week, beat the Dallas Cowboys, and we’re in first place. They’re reeling too. They’re struggling too. They dropped their last three games so this will be an exciting football game.”

Philadelphia allowed a season-high 38 points and 447 yards in an 18-point loss to the Vikings Sunday, a game which the Eagles never led and allowed Minnesota to throw for 325 yards on 22 of 29 passes. The Eagles defense allows 24.8 points per game (23rd in the NFL) and 353 yards per game (15th in NFL). There’s an outlier in those averages, as Philadelphia faced the Jets with a third-string quarterback, allowing just 128 total yards of offense and six points.

The Cowboys lost to this same Jets team, albeit with Sam Darnold back as the starting quarterback. Dallas is .500 on the year with the three teams they beat a combined 3-13. The Cowboys are on a three-game losing streak with two of those losses coming to division leaders.

With both teams at 3-3, the winner will gain control of the NFC East. Pederson made sure his statement wasn’t a knock against Dallas, but a sign of confidence in his team — one that could use some added motivation.

The problem is — he gave Dallas that extra spark too.

“I have to be,” Pederson said. “I see when I watch the tape, I put the tape on and I go okay there’s coachable moments and there’s teachable moments on the tape that we can bet better at as an offense and as a defense. And I’m also optimistic that some of our injured players in the secondary will make a return this week.

“I got to stay positive, not only for myself but for the guys in the locker room.”