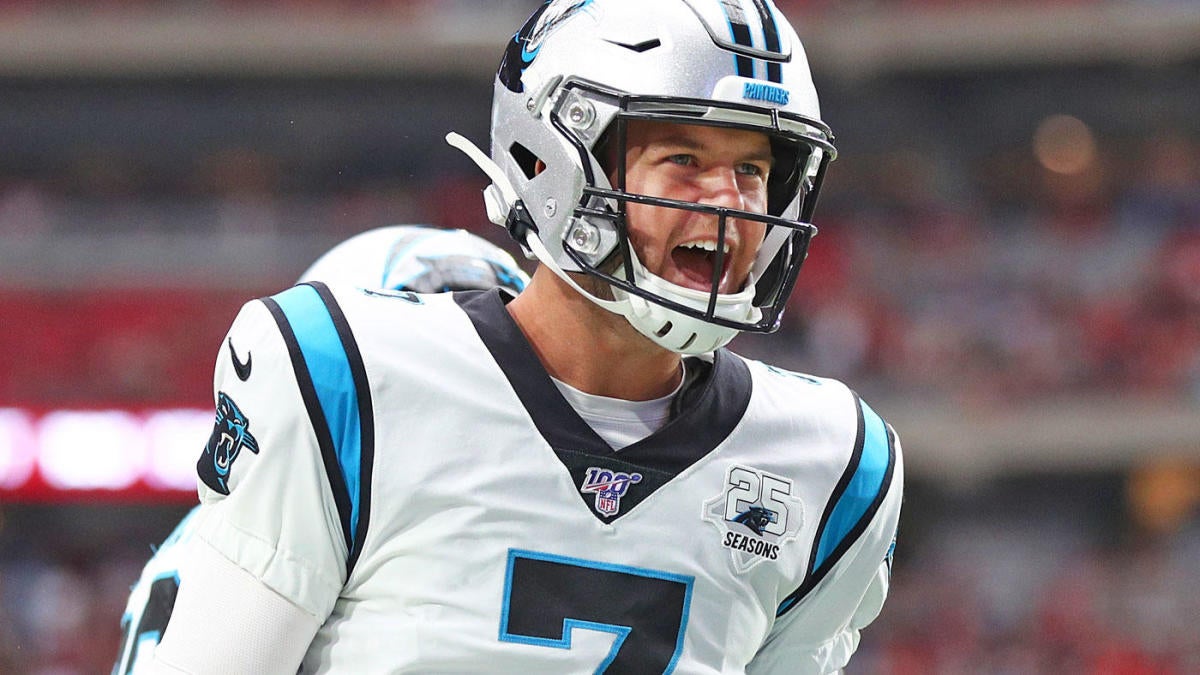 Kyle Allen became the first undrafted quarterback to win his first five NFL starts since Kurt Warner by leading the Carolina Panthers over the Tampa Bay Buccaneers on Sunday, but even before he did that, the Bucs were lauding Cam Newton’s replacement.

So much so, in fact, that they went into Week 6 believing the Panthers were tougher to defend with Allen than they were with Newton.

Undefeated in five starts in place of Newton, who’s still recovering from a preseason ankle injury, the second-year signal-caller is one of only two QBs who’ve thrown for multiple touchdowns with no interceptions in 2019. And according to Bucs defensive coordinator Todd Bowles, he makes Carolina “more of a challenge” when it comes to game-planning against the Panthers offense.

“Bowles told us in our pre-broadcast meeting that the Allen-QBed team presented more of a challenge to defend than the Week 2 Cam-QBed team,” NFL Network’s Rich Eisen said Monday. “Said, among other issues, Allen finds his outlets better. Also said with the Cam-QBed team, he could focus his defense on the mesh point between Cam and (Christian) McCaffrey because ’85 percent of the offense’ was centered right there. Not the case with Allen.”

A former NFL MVP, Newton is expected to be back at practice when the Panthers return from their Week 7 game against the undefeated San Francisco 49ers in London, but it’s almost a sure thing Allen will get another chance to start in the meantime, as CBS Sports’ Jason La Canfora reported Sunday. Allen “has the confidence of the staff” amid his productive relief work, La Canfora said, whereas “it’s unlikely that (Newton) would return after just a few days of being ramped back up gradually in practice.”