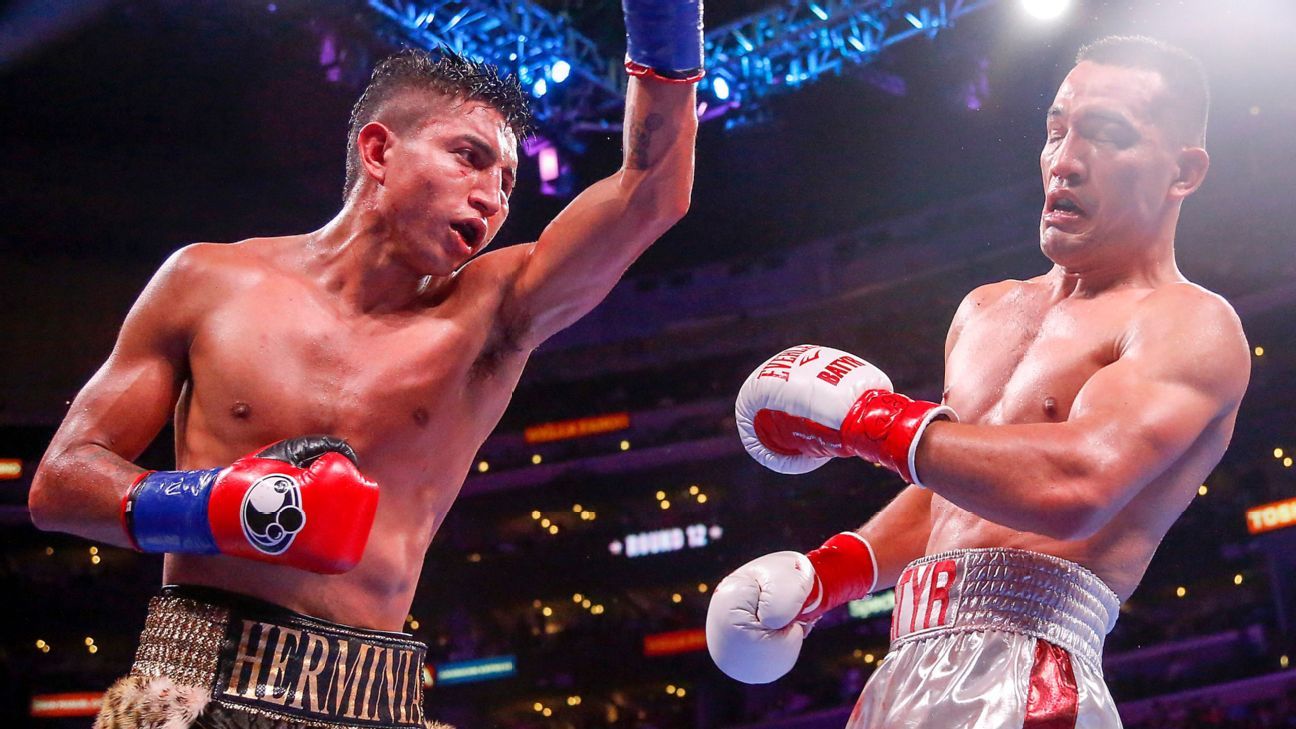 The WBA has ordered them to meet in an immediate rematch and given the camps 30 days to negotiate a deal. If no deal is reached, the sanctioning organization will hold a purse bid, with the promotional rights to the bout going to the highest bidder.

Akhmedov, despite suffering knockdowns in the fourth and 12th rounds, appeared to many to defeat Barrios when they met for a vacant 140-pound belt on Sept. 28 on the undercard of the Errol Spence Jr.-Shawn Porter welterweight title unification fight at Staples Center in Los Angeles.

Immediately following the fight, Akhmedov’s team said it would appeal to the WBA for an immediate rematch, and it has now been granted after the sanctioning body had independent judges conduct a video review of the fight and concluded that a rematch was in order.

“I’m very happy to have the support of my team and to have the WBA order the immediate rematch,” Akhmedov said. “I knew during the fight I was winning by a wide margin and was stunned when the fight was over at the announced scores. The rematch provides me the opportunity to fulfill my dream of becoming a world champion.”

The relentless Akhmedov (7-1, 6 KOs) busted up Barrios (25-0, 16 KOs), 24, of San Antonio, and hurt him with flush punches throughout the fight. According to CompuBox statistics, he landed more than 100 more punches than Barrios (238-135), although those stats are not seen by judges or used in any official capacity in terms of scoring fights.

“It was very important for us to ensure that Batyr was given the opportunity to prove that he deserves the world championship title,” manager Vadim Kornilov said. “We look forward to this fight and we hope that justice will prevail this time.”

Akhmedov, 28, a southpaw who was born in Uzbekistan, lives in Russia and represented Turkey in the 2016 Rio Olympics, was bidding to become the first 2016 Olympian to win a world title.