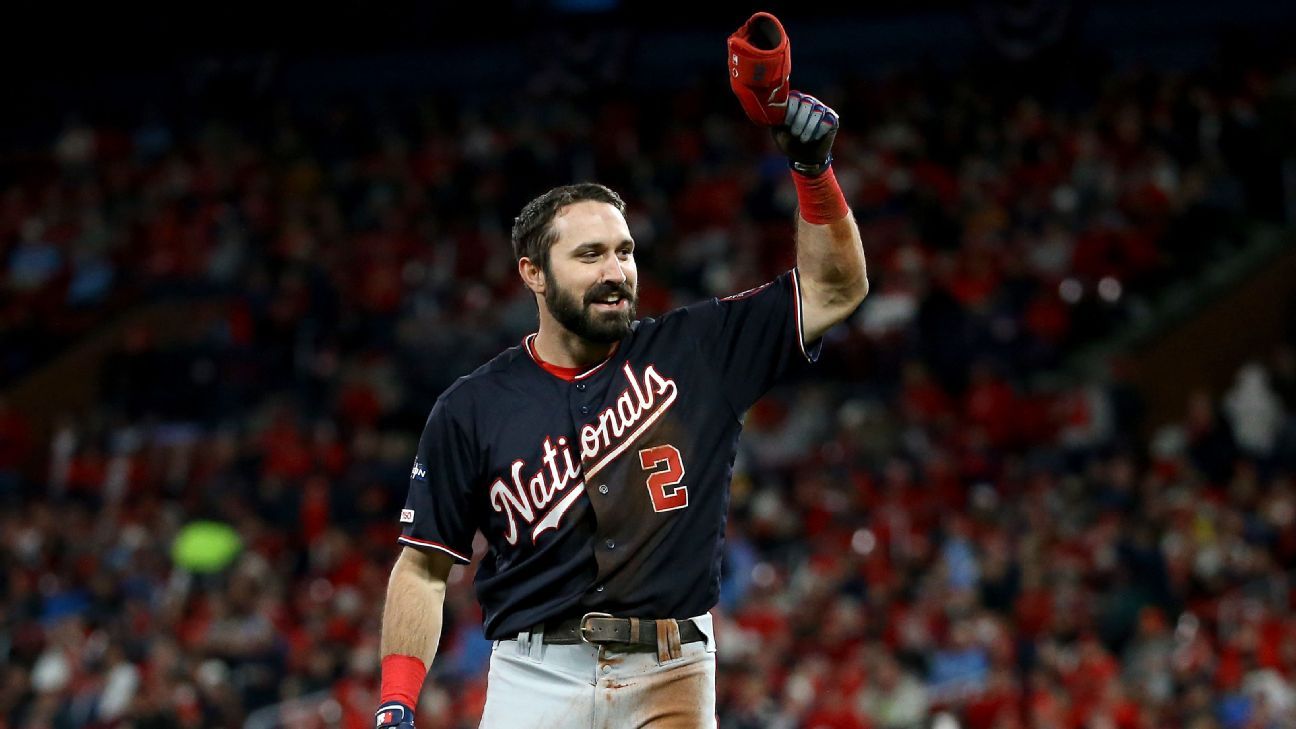 “Seinfeld” character George Costanza may have once worked for the New York Yankees, but on Saturday he was helping out Washington Nationals outfielder Adam Eaton.

Eaton plated two crucial insurance runs in the eighth inning thanks to the help of the fictional character that once described himself as “lord of the idiots.”

With the Nats holding on to a one-run lead in Game 2 of the NLCS, Eaton faced St. Louis Cardinals starter Adam Wainwright.

Eaton had gone 0-for-3 with a strikeout to that point, and stepped to the plate with runners at first and second. He explained his thought process in the batter’s box.

“Everything I was thinking, they did the opposite,” Eaton said. “So I was thinking 3-2 (count) should be a heater here and I’m like, well, that’s the opposite, so I should George Costanza it and just go ahead and said breaking ball and that’s what happened.”

In a 1994 episode of “Seinfeld” called “The Opposite” the hard-luck Costanza implements the advice of Jerry, who suggested, “if every instinct you have is wrong, then the opposite would have to be right.”

For one night the same held true for Eaton. He hit a two-run double to put the Nats up 3-0 and Washington held on for a 3-1 victory to take a 2-0 series lead.

“George was right and I happened to be right,” Eaton said.

The series heads to D.C. for Game 3 on Monday night.