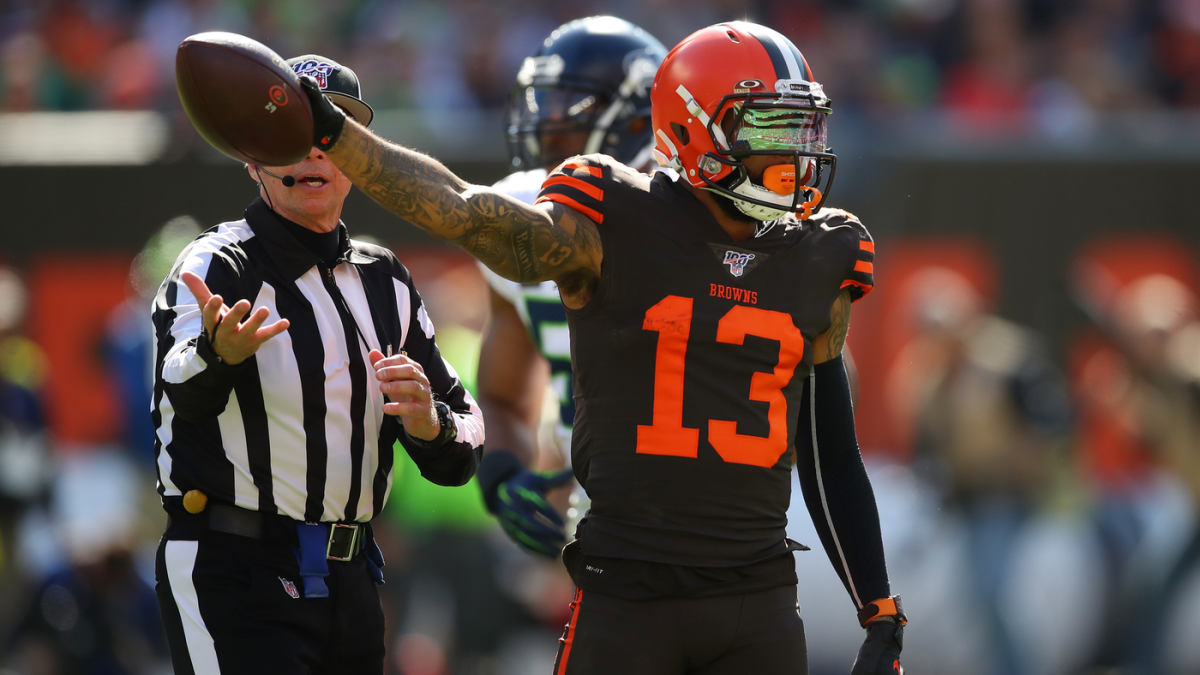 But Beckham showed flashes of what he can do in Cleveland during the first half of Sunday’s game against the visiting Seattle Seahawks, making this incredible 41-yard catch during the second quarter.

The Seahawks challenged the catch but lost, setting the Browns up with great field position. However, they were unable to parlay Beckham’s catch into points, with quarterback Baker Mayfield throwing a red zone pick as Cleveland headed into halftime with a 20-18 lead.

Beckham got off to a strong start, with five receptions for 82 yards while being targeted nine times in the first half. Beckham’s effort was been complemented by Browns running back Nick Chubb, who rushed for 79 yards and a score during the first half that included a 52-yard run.

Cleveland is trying to keep pace with the Baltimore Ravens in the AFC North division race. Baltimore (3-2) led the visiting Cincinnati Bengals 17-10 at halftime of their Week 6 matchup.