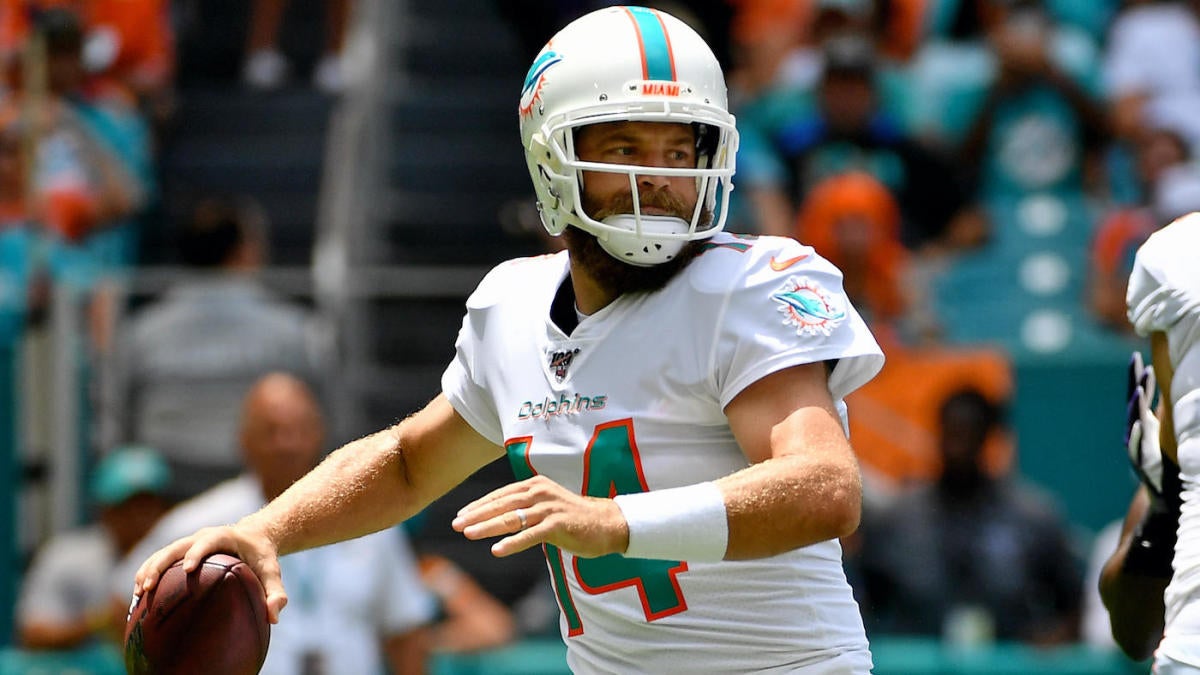 It’s the sixth NFL Sunday of the 2019 season and we’re keeping you updated on all the action and biggest storylines throughout the day. Check back often to find everything you need to know about Week 6.

The Tank Bowl in Miami actually brought quite a bit of entertainment value, especially at the end. Ryan Fitzpatrick came in to replace Josh Rosen and led the Dolphins in a late comeback attempt. There was a brief display of FitzMagic as the quarterback found Devante Parker for a potential game-tying touchdown in the final seconds of the fourth quarter. But Miami decided to go for two and didn’t convert, meaning they’ll remain winless — unless you consider today’s loss a win in the Tank Bowl.

It’s good to believe in yourself and let your dreams soar high. It’s also good to have self-awareness and ball security. Unfortunately for Mark Andrews, he got a little too ambitious and coughed up the football.

Go ahead and try to wrap your head around how the heck Odell Beckham Jr. caught this one.

What are you doing, Eagles?

The Eagles came up with an interception that put them in prime position to steal some points before the end of the half, but they squandered that opportunity thanks to a very dumb fake field goal attempt. It’s safe to say this didn’t go the way they’d hoped.

There’s been quite a bit of drama surrounding Stefon Diggs in Minnesota this year, but he’ll still there and he’s still making plays. Kirk Cousins connected with Diggs for a big touchdown in the second quarter of their contest against the Eagles on Sunday…

…then connected again for another big touchdown on the very next drive. That’s two straight TDs of longer than 50 yards, for those of you keeping track at home. The Eagles may want to work on that passing defense, huh?

It’s been a tough start to the season for Baker Mayfield but he might be turning a corner this weekend against the Seahawks. The Browns quarterback scored a touchdown on the ground in the first half, then added another through the air with this connection to Ricky Seals-Jones. Hopefully you didn’t give up on Baker just yet.

Tyreek Hill is back after missing the last four weeks and he remains incredibly dangerous. The Chiefs’ first drive ended with a long touchdown pass to Hill, who went way up to get this one. That vertical jump is insane.

Cincinnati entered the day as underdogs in a divisional matchup against the Ravens but they got off to a tremendous start thanks to a 92-yard return TD by Brandon Wilson on the opening kickoff.

Two of the NFL‘s most electric quarterbacks will meet at Arrowhead today as Patrick Mahomes’ Chiefs square off against Deshaun Watson and the Texans. Tyreek Hill is back in action for Kansas City after missing the last four games with a shoulder injury. Should be a fun matchup.