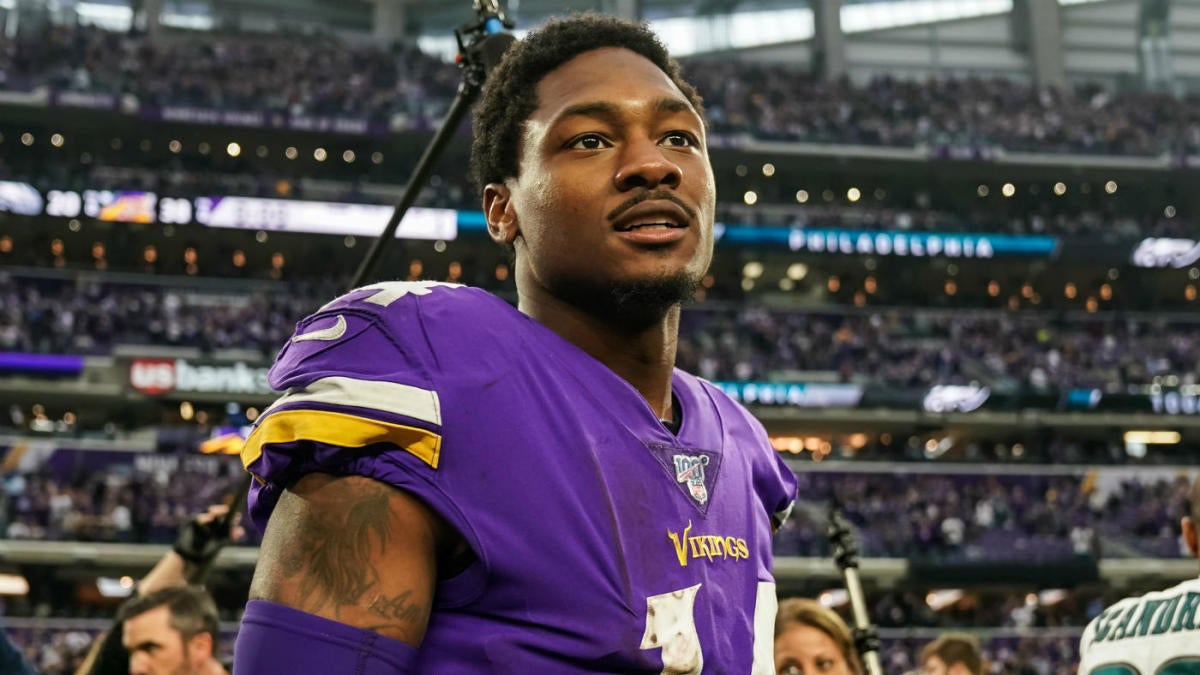 Sometimes you just need to get something off your chest.

Sometimes a little venting goes a long way. Sometimes, an airing of grievances can be a good thing, and bring out the best in a team. In the case of the Minnesota Vikings, the aerial results since their skill players went public with their displeasure about the offense have been beyond reproach. This looks like a totally different downfield attack the past two weeks, and all of a sudden it is smiles all around in Minnesota.

Remember when receiver Adam Thielen was calling out quarterback Kirk Cousins after another dreadful outing in Week 4 against Chicago, and then Cousins was apologizing to him on his radio show, all while receiver Stefon Diggs was airing passive-aggressive trade demands? Yeah, all of that happened, and since then the Vikings have appeared much more loose on offense, chucking the ball around with greater zeal and confidence. It’s been a tale of two seasons, already, and on Sunday they picked apart the Eagles for the better part of four quarters, with Diggs serving as the superstar one week after Thielen did.

After starting the year with an ugly 10-pass-attempt game and then winning the following week with just 13 completions, Cousins appeared to be having a crisis of confidence and execution. Throwback head coach Mike Zimmer – he of the run early, run often, run always mentality – seemed to have sapped this unit of its will to put the ball in the air, but conflict may not have been the worst thing for this bunch.

Cousins, the last two weeks, has completed 44 of 56 passes (79 percent!) for 639 yards (11.4 yards per attempt!) with seven touchdowns and just one interception. Sure, he lacks signature wins against quality teams, but while the Eagles are not playing like Super Bowl contenders lately, they certainly had that billing in the preseason. Perhaps, Cousins has got himself back together.

And after being glorified spectators the first month of the season, Thielen now has 13 catches for 187 yards and three touchdowns the past weeks, while Diggs has 10 catches for 211 yards and three touchdowns. Not too shabby. With Dalvin Cook running the ball as well as anyone on the planet, that is as balanced as you can hope. On the whole, the Vikings’ defense has been as good as it gets in 2019. Throw in the fact they are mauling people at home (3-0 with a scoring differential of 100-44) and I suspect the Vikings are a factor in the NFC North.

It’s time to start to worry about the Chiefs. This ankle thing with Patrick Mahomes is a thing. It’s been going on for about a month now and at various points each week he seems suddenly ordinary due to the limitations of that ankle, and given all of the other injuries at play, and the general ineptitude of the Chiefs defense, and you have ample reason for concern.

As each game goes on, Mahomes’ ankle invariably gets rolled up on or stepped on or simply flares up, and he has been unable to move normally. He becomes tethered to a spot and he can’t follow throw on his attempts properly and it becomes all arms, which limits his accuracy. He was a different QB after suffering another shot to the ankle on Sunday, and with this offense under duress, it’s fair to wonder if this becomes an ongoing theme.

And if the Chiefs are not going to be able to play with a big lead, and thus be able to hide their lack of any semblance of a rushing defense, then the margins for victory become significantly more slim for them. Like, losing twice in a row at home is un-Arrowhead like, and, frankly, they were lucky as hell to beat the Lions the week before.

They could get away with some of this stuff last year when they could at least muster a big-time pass rush … but they haven’t replaced Justin Houston or Dee Ford and the secondary is as bad as ever and the QB isn’t on record-shattering pace anymore and the games are closer … and did I mention they can’t even pretend to stop the run?

Here are the time of possession and rushing totals for Chiefs opponents the last four weeks:

Good luck fixing that, before or after the trade deadline. If Mahomes is super human, then we gloss over a lot of this. But with him not able to transcend, and with that ankle flaring up on a regular basis, and with the Chiefs playing at Denver on a very short week, and then the Packers and Vikings defenses looming after that, things could really open up in the AFC West.