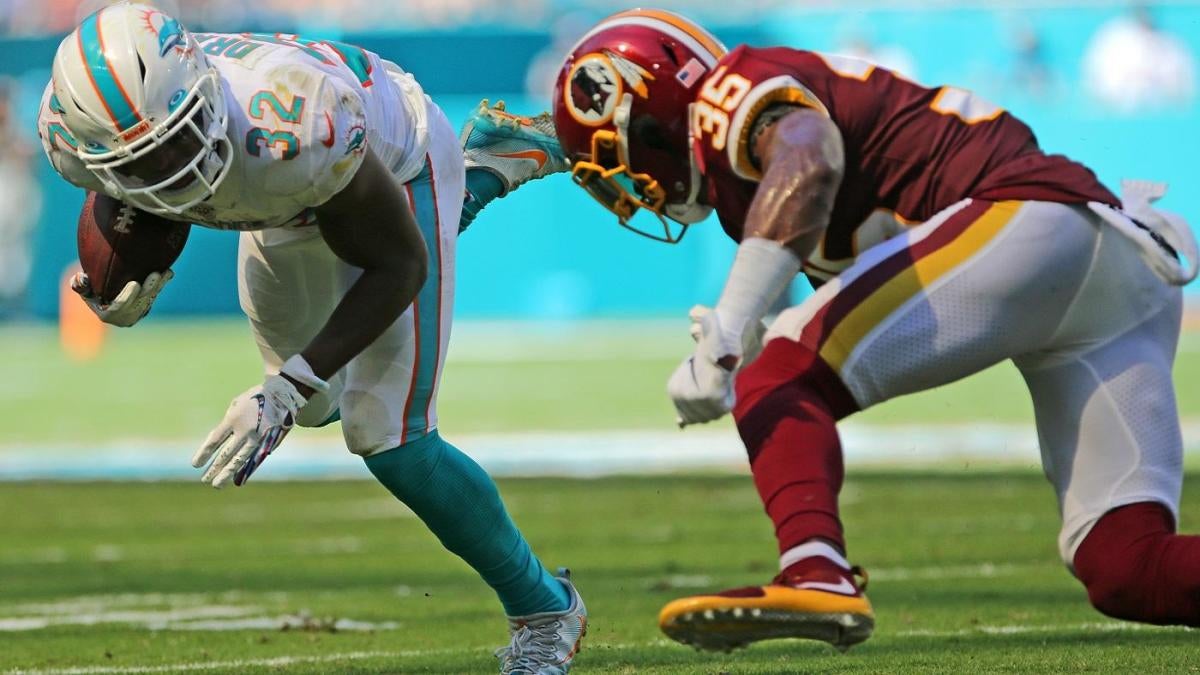 The game between the Redskins and Dolphins wasn’t supposed to be a thriller, but somehow, that’s exactly what it turned into on Sunday, and for the first time in NFL history both teams might have actually come out as winners.

In a game that was billed as the Tank Bowl or the Toilet Bowl — depending on who you asked — the Redskins escaped Miami with a 17-16 win. Of course, this was the one game where winning wasn’t necessarily a good thing. Thanks to the loss, the Dolphins are now one step closer toward earning the No. 1 overall pick in the 2020 draft. Only the Redskins could disappoint their fan base by winning.

Seriously, Redskins fans wanted their team to lose this game.

The fact of the matter is that the Redskins did win, and they did it by doing exactly what Bill Callahan said they were going to do. After Callahan was promoted to interim coach on Monday, he promised to run the ball against the Dolphins and his strategy couldn’t have worked out any better.

The Redskins offense revolved around Adrian Peterson on Sunday and Peterson ended up making Callahan look like a genius with 23 carries for 118 yards. To put Peterson’s performance in perspective, he had more rushing yards against the Dolphins than he had in all his other games this season combined (108).

With Peterson running the ball so well, that opened the door for the Redskins’ passing offense. and Case Keenum took advantage of that with two touchdowns to Terry McLaurin, including the 33-yarder that you can see below.

The rookie receiver caught four passes for 100 yards, which helped the Redskins shoot out to a 17-3 lead. Keenum threw for 166 yards and the two scores to McLaurin.

In most cases when you get a 14-point lead against the Dolphins, you can go ahead and chalk up the win, but these Dolphins actually fought back with a huge fourth quarter. In a twist, the comeback only happened because coach Brian Flores decided to bench Josh Rosen — which was somewhat of a surprise, because he had just said earlier this week that Rosen would be the quarterback for the rest of the season.

The good news for Flores is that the decision to bench Rosen and play Ryan Fitzpatrick paid off. Fitzmagic was on full display in the fourth quarter as Fitzpatrick led the Dolphins to two touchdowns, including an 11-yard score to DeVante Parker with just six seconds left that cut the lead to 17-16.

The most improbable part of Miami’s comeback is that Fitzpatrick’s two touchdown passes were the first points the Dolphins scored in the second half all season.

After Parker’s score, the Dolphins went for the win on a two-point conversion, but this is the Dolphins we’re talking about, so you probably already know what happened. The conversion failed and the Dolphins lost, but they kind of won because the top pick in the NFL Draft is still firmly in their sights.

For the Redskins, although they hurt their chances of earning the No. 1 overall pick, they’re still not dead yet in the NFC East. Washington plays in the wackiest divisions in football, and if you need proof, just consider this: If the Cowboys lose to the Jets on Sunday, the Redskins will only be sitting two games out of first place. Although they’ll be a long shot to win the division, crazier things have happened in NFL, so maybe Redskins fans should start rooting for wins again.