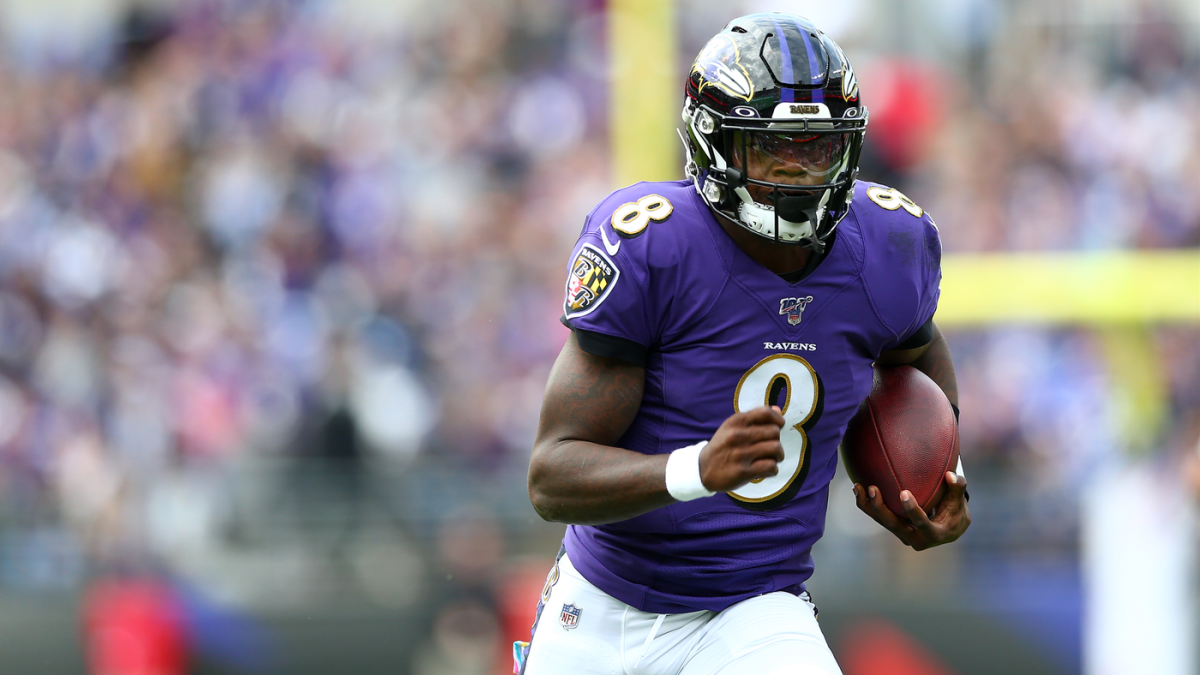 Lamar Jackson enjoyed a historic performance while helping lead the Baltimore Ravens to a 23-17 victory over the Cincinnati Bengals on Sunday. Jackson, the Ravens’ second-year quarterback, became the first quarterback in the Super Bowl era with over 200 passing yards and 150 rushing yards in one game.

The 32nd overall pick in the 2018 draft, Jackson threw for 236 yards while also rushing for 152 yards and a score, as the Ravens improved to 4-2 and 2-1 on the season against AFC North division foes. Baltimore, which has won two straight games after a 2-2- start, remains in first place in a division that it won last season for the first time since 2012.

After guiding the Ravens to six wins in their final seven games as a rookie, Jackson has been even better this season. Through six games, the former Heisman Trophy winner out of Louisville has completed 65.1 percent of his passes for 1,507 yards, averaging over 251 passing yards per outing. Jackson, who has an 11/5 touchdown/interception ratio, has rushed for 460 yards and two touchdowns while averaging 6.7 yards per carry. Jackson is now the Ravens’ leading rusher, as he has 36 more rushing yards than teammate Mark Ingram, who rushed for 52 yards and a score in Sunday’s win over the winless Bengals.

Jackson, after watching the Bengals take an early lead, got things going with his 36-yard run on the Ravens’ first offensive possession. His run would set up his 21-yard, game-tying score.

Jackson, aided by a Baltimore defense that held Cincinnati to just 250 total yards, then led the Ravens on successive scoring drives while helping give the home team a 17-7 lead. While they didn’t cross the goal line in the second half, Jackson was able to lead his team on two long, time-consuming drives that ended in Justin Tucker field goals.

With rookie wideout Marquise Brown out with an injury, Jackson looked early and often to tight end Mark Andrews, who led both teams with 99 yards on six catches. In all, Jackson completed passes to nine different teammates while overcoming the loss of Brown, who caught three touchdowns during Baltimore’s first five games.

After an offseason of criticism, Jackson has undoubtedly improved as a passer in his second season. He is also still a formidable rushing threat, as Jackson continues to find ways to help the Ravens win football games. Jackson’s effectiveness helped the Ravens control the ball for nearly 40 minutes.

Matt Judon, the Ravens’ veteran linebacker, paid Jackson the highest of compliments when asked about his young quarterback during his postgame press conference.

“I [have] to keep myself on the sideline stretching,” Judon said with a smile. “[The Ravens’ offense] keep holding the ball for a minute. He picks us up in critical times and keeps getting first downs. It’s hard. You can’t cover everybody (when the Ravens go five-wide) and keep a spy on him at all times. I’m just so glad … I’ve been saying it since we got him. I’m glad I don’t gotta face him.”

While Judon doesn’t have to, 31 other NFL defenses are trying to figure out how to stop Jackson, who seems more than game for the challenge.