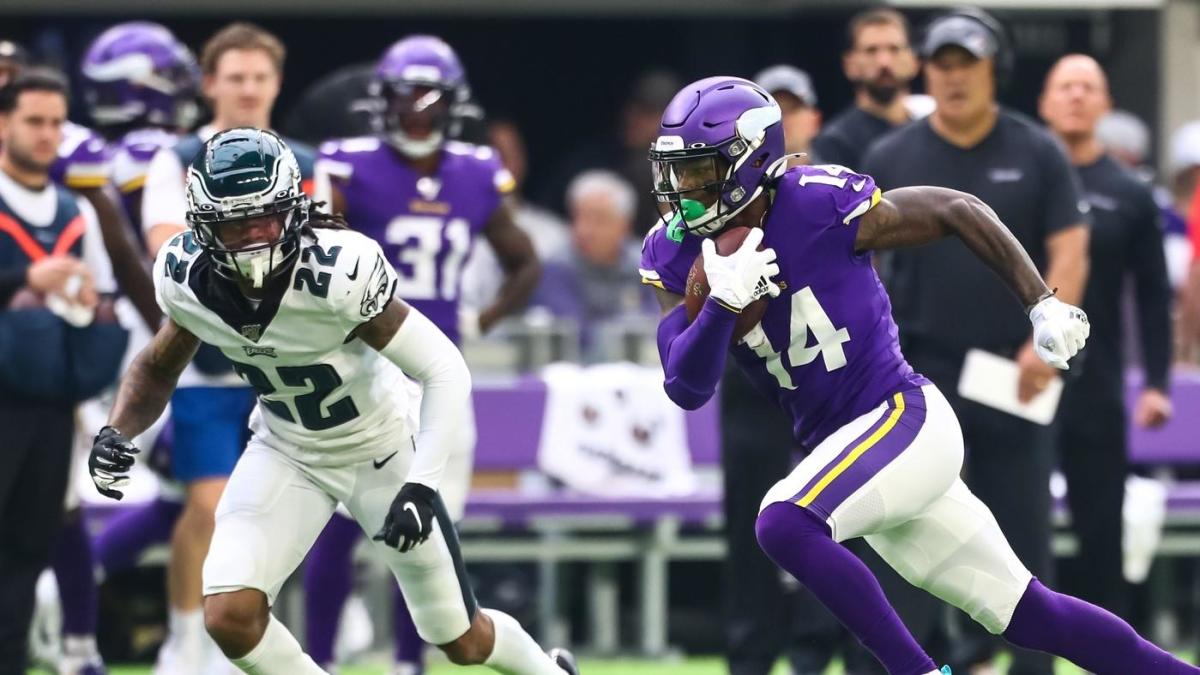 Quite the statement for the Minnesota Vikings in a game they had to win. Kirk Cousins responded to Zach Brown’s criticism by throwing for four touchdowns, three to Stefon Diggs, as the Vikings had over 400 total yards of offense in a dominant 38-20 victory over the Philadelphia Eagles Sunday.

Cousins had the deep ball working to Diggs throughout the game, connecting with him on touchdown passes of 62 and 51 yards in the second quarter to give the Vikings a commanding lead they would never relinquish. Diggs beat Rasul Douglas on back-to-back deep post routes, walking into the end zone after gaining more than five yards of separation. Cousins’ final touchdown pass to Diggs was an 11-yard pass where Diggs got both feet in bounds in the back of the end zone to end a string of 17 consecutive points by the Eagles.

Philadelphia trailed 24-3 with 9:31 remaining in the second quarter, but got the game to within four thanks to a Jake Elliott 40-yard field goal with 6:19 left in the third quarter. Cousins and the Vikings offense responded with back-to-back touchdown drives to put the game out of reach.

Cousins finished 22 of 29 for 333 yards with four touchdowns and an interception for a 138.4 rating. He had his second four-touchdown game with the Vikings and his first of the season (the other came in Week 2 of the 2018 season). Diggs had seven catches for 167 yards and three touchdowns, the first Vikings player to catch three touchdowns in a game since Marcus Robinson in 2005.

Carson Wentz finished 26 of 40 for 306 yards with two touchdowns and an interception, which came when the game was out of hand. Miles Sanders had three catches for 86 yards and a touchdown as the Eagles finished with 400 yards of offense.

Be sure to stick around for takeaways on this game. To recap the pivotal NFC contest, follow along with our live blog below: