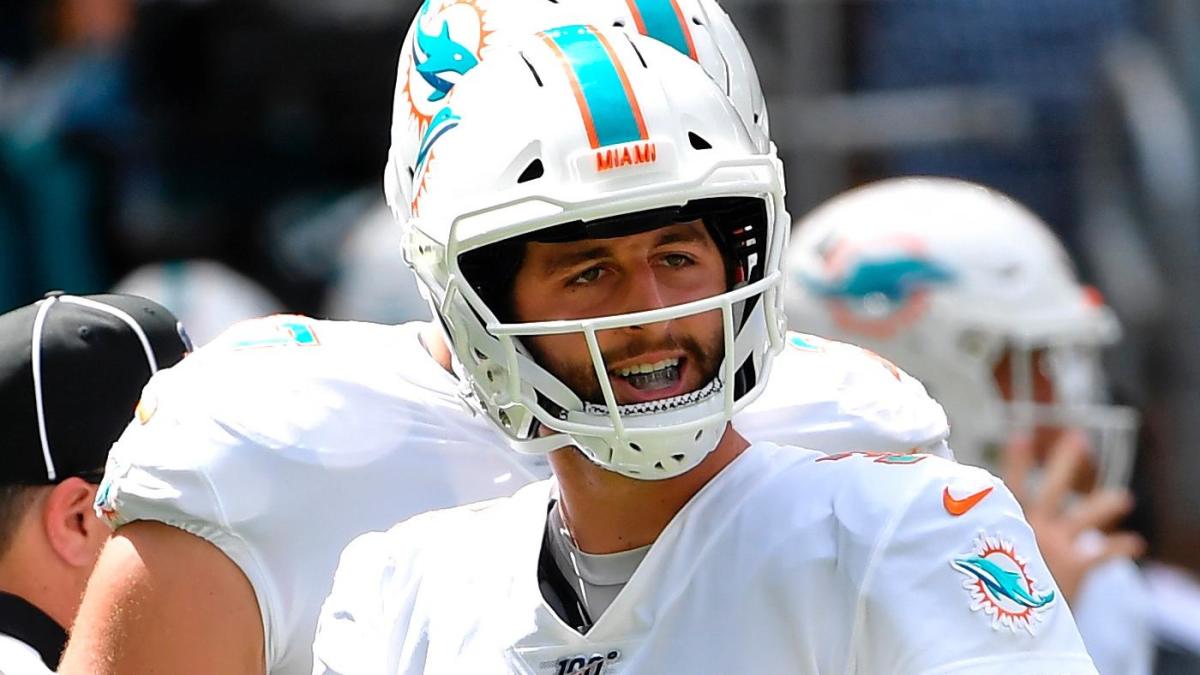 Josh Rosen was pulled during the second half of the Miami Dolphins‘ Week 6 matchup against the also winless Washington Redskins. Rosen, who was making his third consecutive after Miami benched Week 1 starter Ryan Fitzpatrick, was 15/25 for 85 yards with two picks before Fitzpatrick relieved him with the Dolphins trailing the Redskins 17-3.

Fitzpatrick was effective in relief of Rosen, going 12/18 for 132 yards while leading the Dolphins on two late scoring drives. Miami’s comeback bid ended, however, when Fitzpatrick’s pass to Kenyon Drake on the Dolphins’ 2-point conversion attempt fell incomplete, sealing the Dolphins’ 17-16 loss. After the loss, Dolphins coach Brian Flores announced the team is sticking with Rosen as the starting quarterback.

Rosen, the 10th overall pick in the 2018 draft who was traded to the Dolphins this offseason, has had a rocky start to his second NFL season. Heading into Sunday’s game, Rosen had a 51.2 percent completion percentage while throwing just one touchdown against three interceptions. For his career, Rosen entered Sunday’s game with a 54.2 percent completion percentage with a 12-to-17 touchdown/interception ratio. Rosen also entered the game with a 3-12 career record as a starting quarterback.

To be fair, the Dolphins haven’t put their quarterbacks in the best position to win. Earlier this season, they traded offensive tackle Laremy Tunsil to the Houston Texans and free safety Minkah Fitzpatrick to the Pittsburgh Steelers in exchange for 2020 first round pick. It has been widely speculated that the Dolphins are trying to secure the No. 1 overall pick in next year’s NFL Draft, with an eye on picking Alabama quarterback Tua Tagovailoa.

Miami’s 2019 season is off to a historically bad start. Along with their 0-6 record, the Dolphins had scored just 26 points while allowing 163 points. They were outscored 102-10 in their first two games before dropping Sunday’s game to the Redskins. Miami is one of three NFL teams still in search of its first win six games into the 2019 season.